Note: This isn’t a typical match-preview I usually do and the reason for that is on this occasion I’d rather it be more aimed to the betting and trading community who are interested in the markets for this match. I will be a little more direct and less analytical. It’s not going to be structured or neat. This is fairly rushed and a VERY BRIEF and casual piece.

Nadal has never had the greatest return of serve, especially from the forehand side, with it’s semi-western grip, combined with the big swing and the need for loads of time to hit it. So Anderson being a consistently huge server, who is in great consistent rhythm with his serve, means he is certainly a danger to Nadal given the quite distinctly average return. Other than the fact it helps to make a big server play, there are a few less than obvious reasons why having a good return is so critical against them.

Guys with big, attacking first-strike game styles, aided by these lightening bolt serves (Such as your Karlovic, Isner, Raonic, Querrey, Rosol, Pospisil etc) are the biggest beneficiaries of ‘momentum’. The more aces and winners they hit, the more they begin ‘feel-good’ about their games, unlike counterpunchers, destiny happens to be in their own hands. They’re the one taking the initiative in the rally/point and they’re the one deciding on the tempo of the rally and the rhythm of their own game. Rather than being the one that reacts to the rhythm of their opponent and adjusts to what that player is doing.

Making more ‘meaningful returns’ in-court atleast inflicts potential pressure and/or doubt in the big servers’ mind. Weaker returners offer-up less pressure to a big servers’ clarity-of-thought. Serving is central to their game, their bread and butter, so the returner has to make them think.

The major issue Anderson would have with the top dogs; Murray and Djokovic, is he has to work harder to win points on serve. Against other guys he can hold serve so easily that every-time they themselves are serving, it almost feels reminiscent of them doing so to stay in sets and matches. Considering Nadal doesn’t possess the most naturally good serve out-there, you can visualise how going down 0-15 or 0-30 in a service game, particularly in a Grandslam final, may be rather mentally challenging for him in this match-up. It really is continuous pressure.

With all that said; unfortunately for tennis I do believe the dreary Nadull will just about still manage to win this one. The margin for error on this prediction being if Anderson does get himself in a position to finally win the match, the prospect and life changing moment of winning a Major Grandslam title may just make him fall out of being in that unconscious process of playing his game the way he needs to.

Straight betting (No trading here for me) perspective:

Three choice of bets and I am playing all of them: (Just for good measure) 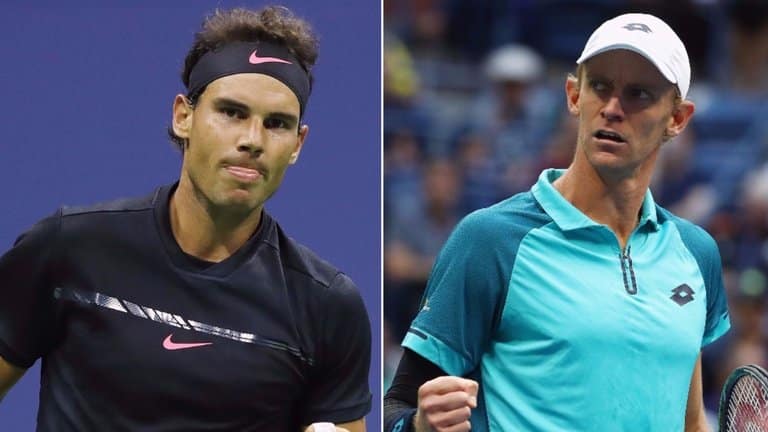