The Los Angeles Lakers and the Denver Nuggets will meet for the second time in the NBA Western Conference Finals. The Lakers managed to breeze through Portland and Houston in the first two rounds, while Denver has proven themselves to be true underdogs, coming back from a 3-1 deficit against Utah and the L.A. Clippers. Will the Lakers blow past the Nuggets, or will Denver pull off another unimaginable moment in the playoffs? 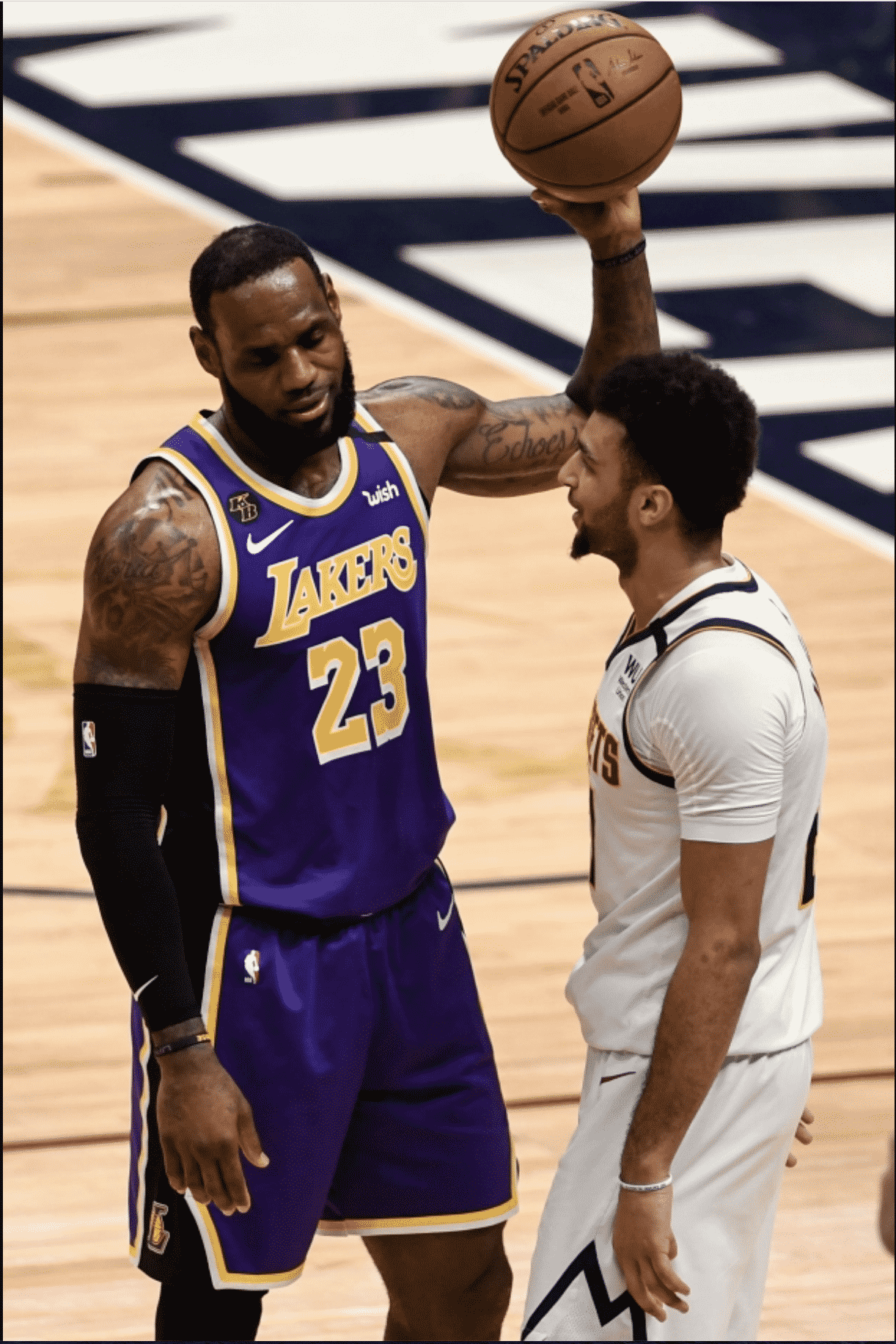 Point Guard: LeBron James vs. Jamal Murray
LeBron James is a jack of all trades type of player. He can play just about any position on the court and then some. It shouldn’t surprise anyone that LeBron is playing at the point guard position, when he regularly plays small forward. Nevertheless, LeBron still plays at a high level.

Speaking of high level, Jamal Murray has been nothing short of stellar during the playoffs. He recorded 50 points twice against Utah, which sparked Denver’s comeback throughout their first round series. Now, Murray faces another gargantuan task of going one on one against one of the elite players in the NBA.

Throughout the playoffs, LeBron averages 26.6 points and 10.3 rebounds per game, while Murray averages 27.1 points and 5 rebounds per game. Murray may be coming into his own during the postseason, but he will have to elevate his level of play against one of the best in the league.
Advantage: Los Angeles

Shooting Guard: Kentavious Caldwell-Pope vs. Gary Harris
The matchup between Kentavious Caldwell-Pope and Gary Harris isn’t going to set the series on fire, but what they lack in certain tangibles, they make up for being reliable players that work within the team concept. Neither guy is gonna have numbers that jump out at you in awe as both players average 9.2 points per game. There’s not much to say about this matchup, but if you want to see team players doing whatever they can for their team, then by all means, sit back and enjoy.
Advantage: Even

Small Forward: Danny Green vs. Jerami Grant
These playoffs have not been too kind to Danny Green. His shooting has been erratic and inconsistent, a far cry from the San Antonio Spurs player from the 2013 NBA Finals, who made six three-pointers. Jump to now, and Green has managed to make it this far, thanks to being a part of teams with elite players.

Jerami Grant, on the other hand, has time to grow into a player of his own. Though he hasn’t put up decent numbers, that hasn’t stopped him from being a reliable player for the Nuggets. Grant, much like Green, has to be thankful that he has high caliber players in Murray and Nikola Jokic doing the heavy lifting, but Grant will have to do his part.

Green averages 8.5 points per game, while Grant averages 10.1 points per game during the postseason. Both players haven’t scored much throughout the playoffs, but in the Western Conference Finals, there’s always room for improvement and very little for error.
Advantage: Denver

Power Forward: Markieff Morris vs. Paul Millsap
Markieff Morris and Paul Millsap are two bigs who do the dirty work for their respective teams, but in this matchup, it would feel a bit one-sided. Morris will have to put up a stance against Millsap, who averages 4.1 rebounds per game. Much like the matchup KCP and Harris, this isn’t gonna set the series on fire, however, this isn’t Millsap’s first Conference Finals rodeo.
Advantage: Denver 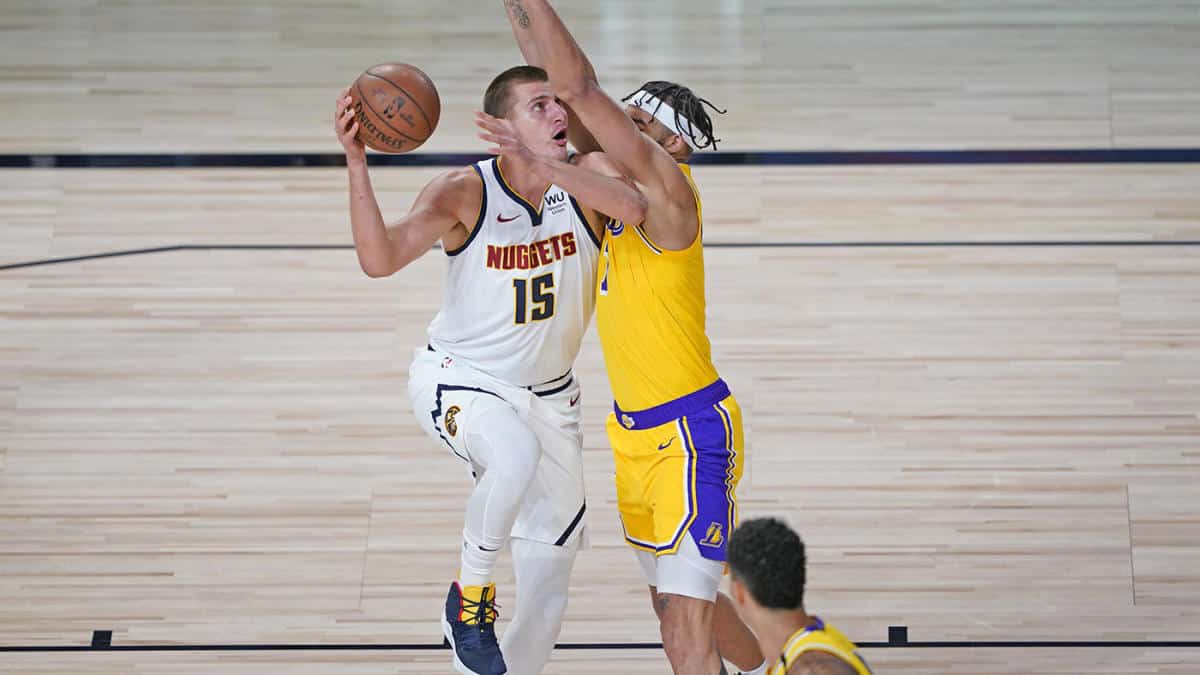 Center: Anthony Davis vs. Nikola Jokic
The center matchup between Anthony Davis and Nikola Jokic will be a must-see matchup. Both players have been stellar throughout the playoffs, putting on double-double and triple-double performances. While this may be their first NBA Conference Finals appearance, their numbers are also similar.

Bench:
The Los Angeles Lakers’ bench consist of veteran players who have experience of playing in the Finals in Rajon Rondo, Dwight Howard, JaVale McGee, plus young players like Kyle Kuzma and Alex Caruso. Denver’s bench consist of Michael Porter Jr., Mason Plumlee, Torrey Craig, Will Barton, and Bol Bol. In the West Semifinals, the Lakers benched their bigs against Houston, but now they’ll be utilized to go up against Jokic and Bol. Expect the Lakers to go deep into their bench with their bigs and experienced vets.
Advantage: Los Angeles

Coach:
Frank Vogel is no stranger to reaching the NBA Conference Finals, having done so twice with the Indiana Pacers in 2013 and 2014. This will be Vogel’s third time back to the Conference Finals and first time leading the Lakers in a decade. Michael Malone, on the other hand, makes his Conference Finals debut, having led the comeback for the Nuggets in both occasions. Vogel looks to make the third time a charm for himself as he looks to get the Lakers back to the Finals. Malone may have gotten Denver far, but how much can he push them to their first Finals appearance?
Advantage: Los Angeles

The NBA Western Conference Finals will be a marquee matchup of LeBron and AD taking on a rising Jamal Murray and an all-star in Jokic. The key factor for the Lakers will be not only LeBron, but also proven vets who have played in the Finals and looking to get back. Denver’s key factor will be their team chemistry and helping one another as a solid unit like they’ve done so many times.

This series has a David vs. Goliath feel to it, with many believing that the Lakers will reach the Finals, but will Denver play spoiler once again? One can imagine how much grit and fight the Nuggets will have left. In the regular season, the Lakers won 3 of their 4 meetings. It should be also noted that both teams faced each other in the 2009 NBA Western Conference Finals, in which the Lakers prevailed in six.
Prediction: Either team in 6 or 7. 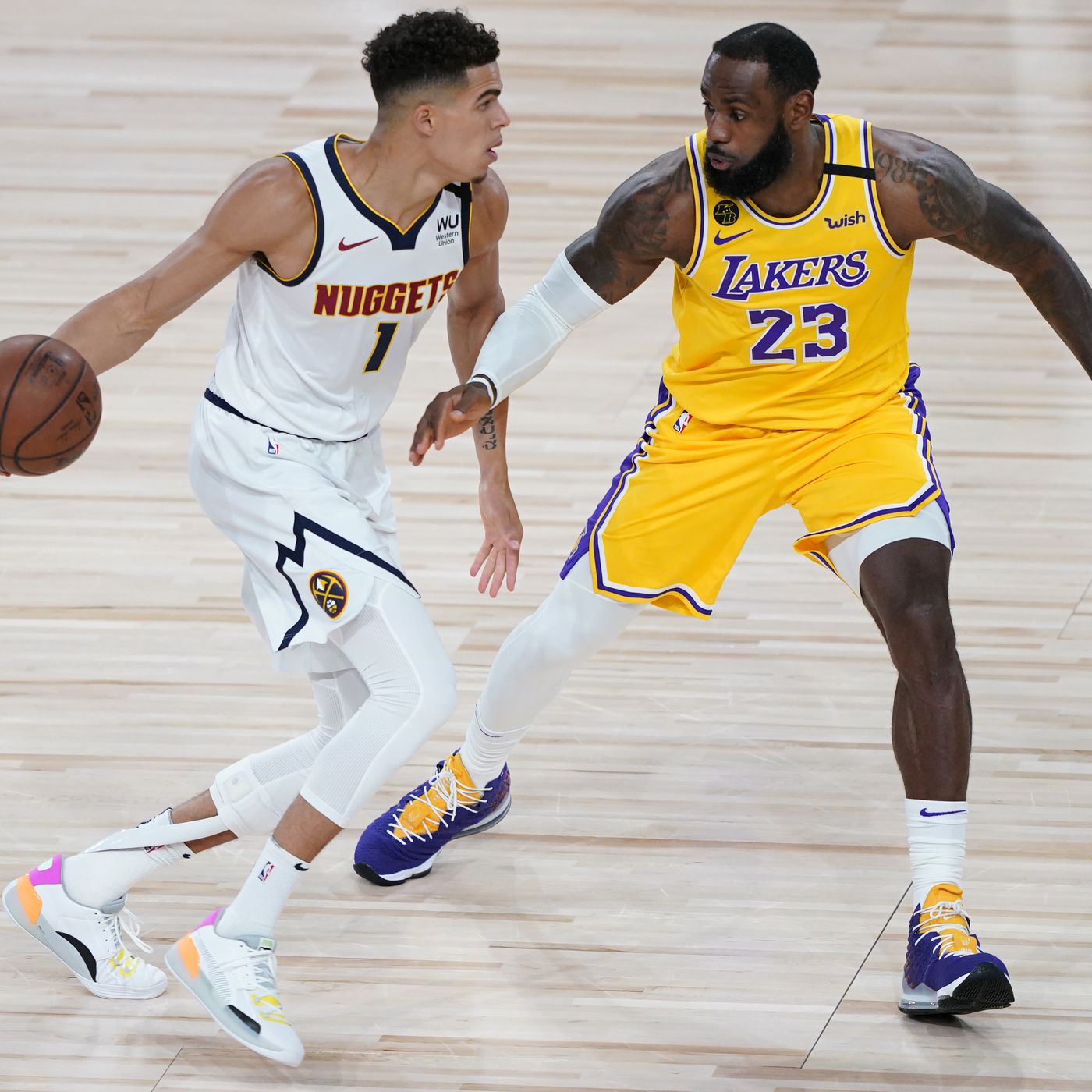