Just last month, the boxing world lost a true icon, “Marvelous” Marvin Hagler. While Hagler will always be remembered as one of the fiercest middleweights of his era and a man whose approach to the sport exemplified everything to be desired in a fighter, there’s an aspect of his legacy that’s often overlooked.

He hailed from Brockton, MA, a city of less than 100,000 located less than an hour from Boston. Over the years, the city has produced great talent and made a considerable contribution to the sport of boxing. The most renowned undefeated champion of all time, Rocky Marciano, also hailed from Brockton.

For young athletes looking to make a name for themselves in the sport, following in the footsteps of legends is a tall task indeed. A native of Ireland, Michael Culbert moved to the United States as a child and was raised in the city Hagler and Marciano once called home.

Undeterred by the legends that came before him, Culbert dedicated himself to the sport and became one of the top 20 amateur middleweight fighters in the nation. Along the way, he clashed with another Boston-area kid by the name of Micky Ward on more than one occasion.

The caliber of the talent surrounding him and the legacy of the city he was raised in did not intimidate Culbert; it only served to make him stronger.

“A constant struggle, a ceaseless battle to bring success from inhospitable surroundings, is the price of all great achievements.”

Michael Culbert faced stiff competition as an amateur in a city that was accustomed to producing great boxing talent. He turned those tests he faced as a young fighter into a fierce competitive nature. He would go on to have an impressive professional career that spanned 18 years. In his own words, this is his story.

WORLD IN SPORT: Michael, thanks so much for joining us today. You were a very well known fighter in the ’90s and early 2000s. Some of our younger readers may not be familiar with your career. For those who don’t know you, how did you get into boxing and why did it become a passion of yours.

Michael Culbert: I was a boxing fan since I was about 10. When I was 14 friends of mine were going to the Petronelli Gym. They had been going for a couple of weeks. I use to “box” in my basement with friends from school so I told them I was experienced. I told I use to box at Vinny’s Gym which was the next block over from Petronelli’s. That way I could spar right away. Walking up the stairs to the gym I was very nervous. When the doors opened Marvin Hagler walked by.

He was the 1st actual boxer I have ever seen. I had my 1st fight at the Quincy YMCA about a year later. It was an unsanctioned fight. The Petronelli’s didn’t think I was ready to fight yet. I had my 1st sanctioned fight 4 months later at 125lbs in the novice division of the Southern New England Golden Gloves. I scored a 1st round TKO or RSC. I was 16 & lost in the finals to a 23-year-old sailor from Newport Rhode Island.

WORLD IN SPORT: You went to high school in the early ’80s, less than an hour away from Boston. Teams like the Boston Celtics and Boston Bruins were enjoying great success during that time. Why were you drawn to an individual sport like boxing as opposed to one of the team sports that were very popular in that era?

Michael Culbert: I played hockey, baseball & 1 year of football as a kid. Baseball & football were my favorite team sports at the time I started boxing. I followed boxing real closely but followed those sports very closely also. I watched hockey & some basketball. The more I got into boxing the more I followed it. My friends became fans also.

WORLD IN SPORT: The first professional fight of your career took place at the famous Boston Garden where the Celtics and the Bruins played for years. What was that like for you? Did performing in such a well-known arena make you feel like you’d arrived as a fighter?

Michael Culbert: Fighting in the old Boston Garden was one of the highlights of my boxing career. It almost didn’t happen. I had been blatantly robbed in the New England GOLDEN GLOVES Finals the month before. I wasn’t sure if I still wanted to keep boxing or not it was so bad. At least it was on NESN the regional sports station so everybody got to see how bad it was. I went to the gym to get Steve Collins ready for his fight. He was fighting Sam Storey for the Irish Middleweight Title.

It was ironic because I had boxed with Sam 4 years before when I was boxing for Ireland hoping to go to the Olympics. Sam represented Ireland at 156lbs. 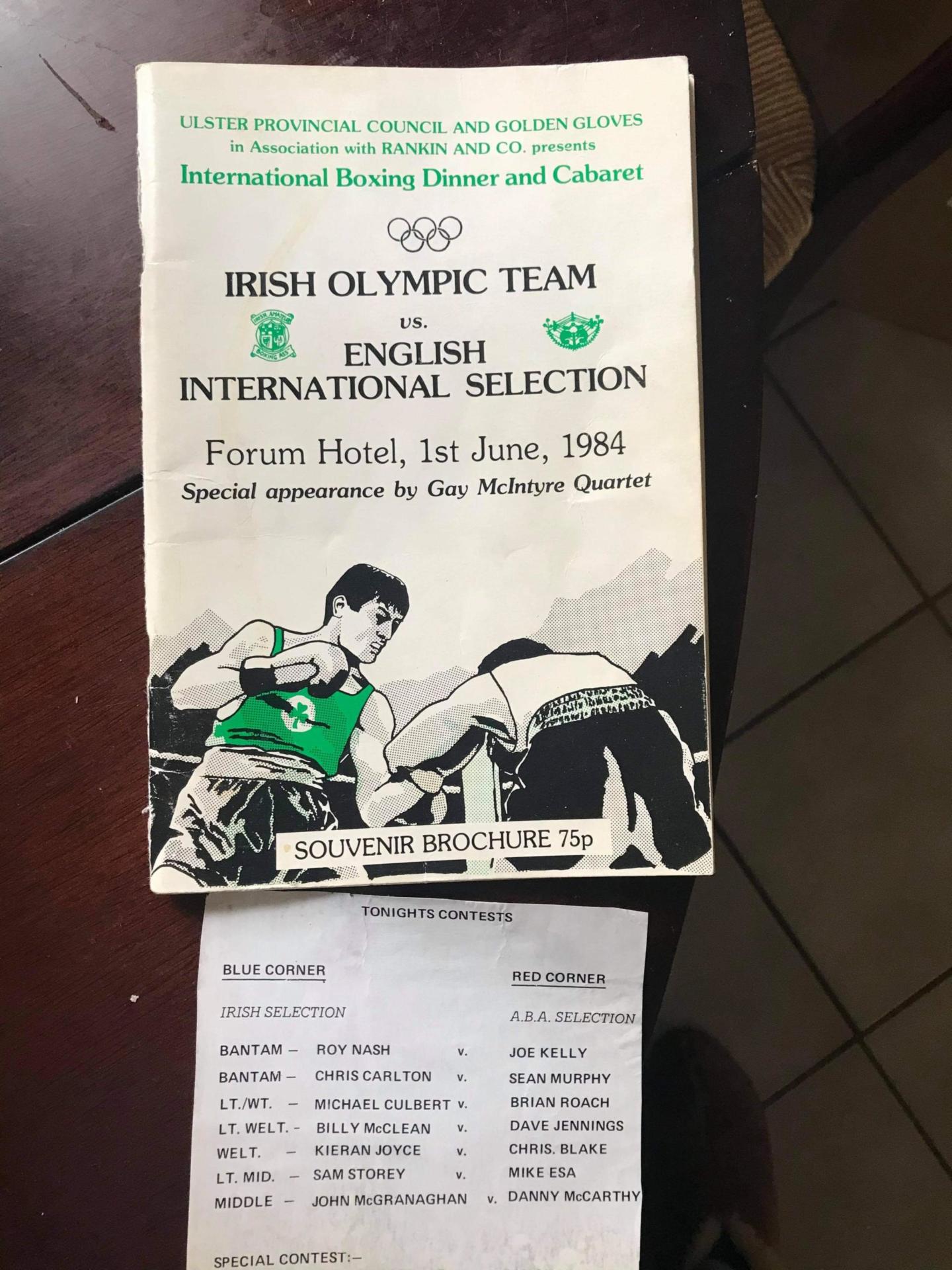 My stablemate Brian Powers was on the undercard & got hurt. We were both 147lbs. & Goody Petronelli asked me if I wanted to take his place. I told him I would think about it. At the end of the workout, I told him I would take the fight & turn pro. It was being televised on NESN also on tape delay.

WORLD IN SPORT: Over the course of your career, did you have a favorite venue to fight in? Was there an arena you dreamed of boxing in but never got the chance to?

Michael Culbert: Boxing at the old Boston Garden was awesome. I also fought at the new Boston Garden when it was called the Fleet Center. I always wanted to fight in Las Vegas. I was training out there at the end of 1990 with Johnny Tocco. I had a fight scheduled but had to come home.

WORLD IN SPORT: Casual fans remember you most for your fight against Roberto Duran in 1996. However, you had a number of other notable matchups during your career. Is there a fight that sticks out in your mind as the best performance of your career?

Michael Culbert: I think my best performance as a pro was when I won my 1st title as a pro against Carlos DeJesus for the Massachusetts Super middleweight Title.

WORLD IN SPORT: You were a left-handed fighter. Southpaws are notorious for presenting several problems for fighters with a traditional stance. In your experience, did that theory hold up and what advantages do you think being a southpaw gave you?

WORLD IN SPORT: Your professional career started as the era of middleweights like Sugar Ray Leonard, Roberto Duran, Marvin Hagler and Tommy Hearns, known as the “Big Four” was coming to an end. Among your contemporaries, was there a single fighter in your division you wanted to face but never got the chance to?

Michael Culbert: Hector Camacho was the fight I really wanted. I almost fought him probably 5 times when he was promoted by Mike Acri who also promoted Roberto Duran at the time. I would have been Hector’s opponent for what ended up being his last fight if I wasn’t having a battle with diverticulitis. I am still disappointed about that 11 years later.

WORLD IN SPORT: As an amateur, you faced Micky Ward three times. Was he someone you wanted the opportunity to face as a professional? Did that fight ever come close to happening?

Michael Culbert: It’s funny the 1st time I fought Micky Ward it was at 132lbs. The other 2 times it was at 139lbs. He never went up in weight after that. He fought his entire 18-year career at 140lbs.

I turned pro at 147 & wasn’t at that weight long before moving up. If we were in the same weight class I would love to have fought him. I really felt I won our last fight. Most people who were there or watched it on YouTube agree with me.

WORLD IN SPORT: Who was the toughest opponent you faced inside the ring? What made him so difficult and what adjustments did you make during the fight?

Michael Culbert: My most difficult opponent overall was Brian Roche from England. I fought him in Belfast when I fought with the Irish Olympians. He was just too experienced & strong for me. He stopped me in the 3rd round. It was the only fighter to stop me in the amateurs. The fastest & most gifted boxer I ever faced was Charles Murray. He was an Olympic alternate in 1988 & a future World Champion.

WORLD IN SPORT: What advice would you give to young athletes who are considering a start in boxing? What is the most important thing for them to keep in mind?

Michael Culbert: For those starting out I would tell them it’s a very unforgiving sport. People who have never stepped foot in a ring will criticize you & give you advice. As far as training goes sparring is the key to improving. Spar every opportunity you get & never pass it up no matter how you feel that day. Hitting pads or the bag is great but sparring is the key to improve.

WORLD IN SPORT: Who are your favorite active fighters?

Michael Culbert: I am a little too old to have a favorite fighter. I do like watching Regis Prograis fight.

WORLD IN SPORT: Are there any matchups on the horizon that you’re anxious to see?

Michael Culbert: I think Errol Spence VS Terrance Crawford is the best fight in the game & I would like to see that.

WORLD IN SPORT: For younger fans who may not have had the chance to see you fight, which current boxer would you say most resembles your style inside the ring and your approach to fighting?

Michael Culbert: At my best, I would say Billy Joe Saunders style was the closest to mine. I am no fan of his but we were similar style-wise.

WORLD IN SPORT: You retired a few months shy of your 40th Recently rumors have been surfacing that Manny Pacquiao, who turns 43 this year, will face the man many people consider to be pound for pound best fighter in the world, Terrence Crawford. What are your thoughts on a fighter still competing against top-level talent at his age? Is it a good idea?

Michael Culbert: If the fighter can pass all the physical requirements they should be allowed to fight. Especially a CAT scan or brain MRI. I have a different perspective than most.

I was stopped by a 45-year-old Duran when I was 30. People were saying he shouldn’t be fighting. I thought well he just beat me. If he shouldn’t be allowed to fight should I?

WORLD IN SPORT: In your opinion, what are the biggest differences between the state of boxing in 2021, versus 15 years ago when you had your last fight?

Michael Culbert: I think the emergence of MMA has affected boxing’s popularity especially here in the US.

WORLD IN SPORT: Ultimately, how would you like fight fans to remember you?

Michael Culbert: I would like boxing fans to remember me as a guy who always went out & gave 100%. I never blow up what I did or didn’t do & try to tell it like it is.

WORLD IN SPORT: Last but not least, what have you been up to recently now that you’ve hung up the boxing gloves for good?

Michael Culbert: I was training a friend of mine’s 2 sons before Covid. I haven’t trained active fighters in years but do miss it. I just started working with my buddies son training special needs individuals. It is a rewarding job. 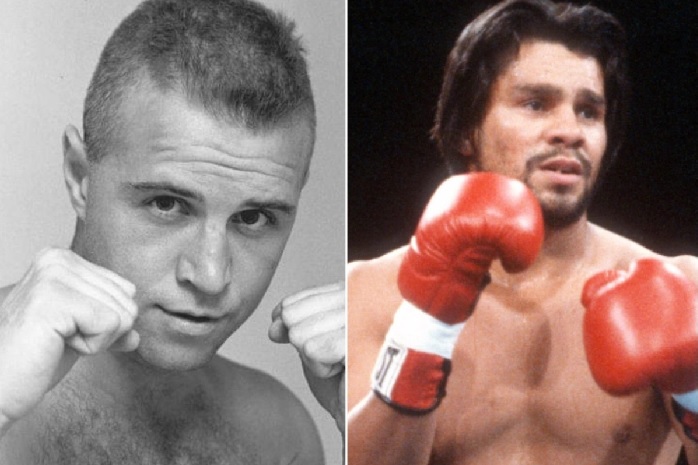 
Michael Culbert was one of the best known fighters of his era. His career included legendary fights in some of the most famous arenas in the world