What can be said about Anderson Silva (34-10-0) everyone doesn’t already know? A knock out machine? Been done. A submission guru? Well known. The ability to strategize and pick angles is possibly the strongest point in his fight game.

Looking back on his first fight with the toughest opponent anyone could have faced in Chael Sonnen – Anderson Silva was in trouble. The counter striker kept getting countered. Silva had to cover ground to win with no success anywhere. So what did he do?

The most creative counter strike I’ve seen to date. Everyone remembers the triangle finish in the fifth a great comeback for the best fight in MMA history. But the counter I’m talking about is the inward elbow off a double leg. Chael Sonnen was about to put Anderson Silva on the mat again, so Silva reverse elbowed Chael mid-double leg so his head had nowhere to go.

A double leg to the lead hand side of a body with the head deep and coming up is essential.

This puts the head too far back to be guillotined choked. The lead side being quicker as it’s closer. This makes any attempted whizzer or an underhook less likely.

The elbow when trying to stop a shot can become the last line of defence. Similar to how Travis Browne uses them to stop deep shots.

But the best knowledge of angles even in the later years of his career was seen in his fight with Israel Adesanya. This was a real-life geometry class between two great strikers. Even in his forties, any attempted straight punch his head was just out of reach.

The human eye more easily recognizes objects crossing its path than moving away from it. Anyone can reach out and grab something.

But when something ahead accelerates or decelerates the body can keep moving forward or stop short. If a fighter reaches too far they can not easily get back to a point of origin with any effective weapons. Center of gravity is being moved back making a delay in momentum.

Though it may be slight. It is a big opportunity to do the famous goal of fighting “hit and don’t get hit “.So Silva takes into account the lines from fist, feet, elbows, and knees while stalking opponents. This lets him more safely bend back at his hips causing the illusion he is moving away from or closer to his opponent.

The reality is his feet stay safely in range or just out as he is ready to counter. With both hands down by his side or hip chambered. it means the head appears a viable target right? Wrong!

It is a straight line up defend his face. He also moves his head to his rear hand covering his face. These things make a big difference like the great Muhammad Ali said: “The hands can’t hit what the eyes can’t see”.Spatial relations in human vision are good but not infallible.

With the face obscured by the arm seeing how far back it is moving to hit is now more difficult. Care is taken not to cover one’s own eyes though as it would mean a time one can be hit and not hit back.

Like grabbing a cup with eyes closed is a similar feeling to trying to counter blind. This partial covering of the head also makes it seem the opponent is backing away while they can safely generate momentum and hit hard.

Hook punches or roundhouse kicks rely on hip torque. When all attention is on hitting the head these things are more obscured and harder to read. The same technique works to keep the head outside the arc of travel while covering the target. The champion Israel Adesanya employs similar tactics as all great strikers do or try to do.

Because the human biomechanical system and the visual system work almost exactly the same good fighters always use the same tricks. His retirement fight against Uriah Hall a fighter that never stopped improving will be interesting to watch.

The Spider has proven allusive to strikes for everyone. Hall known for his spinning back kick may surprise Silva. Though Stephan Bonnar tried the kick with little success.

Anderson Silva will adjust his feet to strike an opponent mid exchange with subtle foot movements while his head is presumably in danger he has already won the exchange. Next fight win or lose – he has earned the respect of everyone. 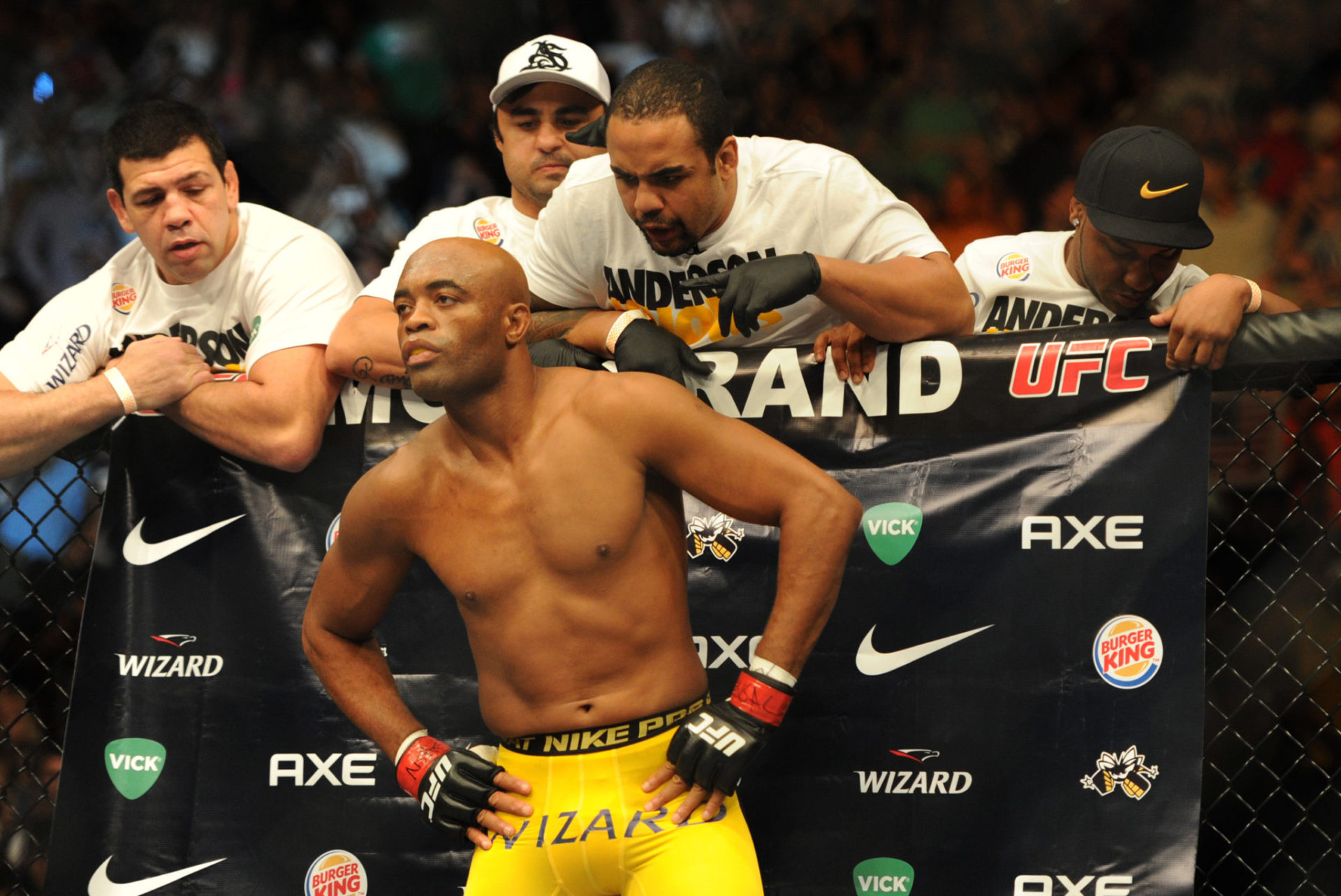