After months of speculation around the paddock that Adrian Newey, one of Formula One’s most important engineers, had been approached by Ferrari in a reported £20m+ contract offer Red Bull finally announced on Sunday that they had retained their Chief Technical Officer on a new multi-year deal.

Newey, however, will scale back his involvement with the motor racing team to focus his attention on other projects which are yet to become clear. In a statement on Sunday the team said:

“Red Bull is pleased to confirm that it has extended its successful relationship with Adrian Newey with a new multi-year agreement. As part of this new agreement, Adrian will work on new Red Bull Technology projects, as well as advising and mentoring Infiniti Red Bull Racing as it develops its Formula One cars over the next few seasons. The details of the new projects will be announced in due course.”

The news will be a great boost to Red Bull as they move in to next season, as Newey confirmed that the design of the 2015 RB11 chassis would be partly managed by him.

After the 2015 design process he will take a back seat to mentor the design team and will likely take the helm at the soon-to-be-launched Red Bull Innovation Centre, where he could be involved in the design of aircraft, boats and other racing technology.

He had previously stated his desire to design for the America’s Cup and had hinted at a partnership between himself and Sir Ben Ainslie after discussing the possibility at last year’s Abu Dhabi race.

Newey has accrued more world championships than most drivers in Formula One, and has gained legendary status as one of the most successful engineers in the sport’s history. Speaking to Sky F1’s Martin Brundle, Newey said:

“I’m looking forward to some different challenges. I’ve had a great time in Formula 1, but it’s time to get involved in some different things. For next years car I’ll certainly be involved initial layout and so-forth and then be working with the guys in the future in terms of mentoring them and being an adviser. I’ve  loved the career I’ve had but I feel I need some new challenges and some new stimulation. I’ve always said I didn’t want to spend my whole career purely in motor racing and now’s the time have a look at  a few different things.”

When thanked by Brundle for everything he has done for F1 and delivering some of the most amazing cars Newey continued:

“It’s been absolutely fantastic, it’s something I could never have dreamt of since I graduated and dreaming of being involved in motor racing, and perhaps in Formula One to what I’ve seen and enjoyed and the great people I’ve worked with. Not just the drivers but the engineers, my colleagues at the various teams I’ve worked for. It’s been a fantastic experience.”

This season’s chassis is thought to be just as strong as its predecessors, but is being let down by the poor performance of the Renault power unit. Newey will remain in his role as Chief Technical Officer until further announcements are made. 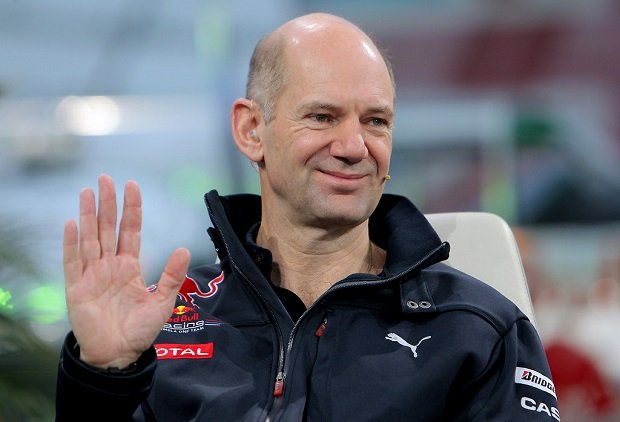