Who would have thought that he would win a 18th Slam at age 35 and after a 6 month injury lay off! Yes, that is what separate a player and a champion! That is Roger Federer for you! He proved that age is just a number and with extreme self belief and perseverance, this could be achieved. One of the commentators rightly said -” Roger will stop winning Slams only when he stops playing”. The shock exits of Djokovic and Murray in the earlier rounds definitely made it favourable for someone like Roger to end his Grand Slam drought since winning the Wimbledon in 2012. In his 100th match here at Melbourne, he made it count, winning his 18th slam , his 5th at Melbourne against his nemesis Rafael Nadal.

This match just rolled  back in years, it was a script made in heaven. A Roger-Rafa clash always kindled old memories and it was definitely nostalgic to see two of the greatest players  compete. Today’s match was no less, in terms of excitement, anxiety and thrill. All these make their clash a treat to watch. The head to head stats definitely favoured Rafa , he led 23-11 against Roger and a high percentage of them coming on clay court, That is why Rafa is fittingly called the “King of Clay”. The odds were definitely against Federer owing to previous stats. Federer was  under tremendous pressure as this was his best chance to win an eluding 18th slam and Nadal with 14 slams was breathing down his neck. But he dished out a phenomenal performance, one of the best against Rafa to claim his 5th Australian Open title.

Nadal was  serving ahead in the first set. It was an easy hold for both the players as they were at 3-3. The main reason why Nadal dominated Federer in previous encounters was his ripping forehand which could easily counter Federer’s backhand. Nadal was at a 6 match winning streak against Roger at Slams. This match was more psychological than physical. At the 7th game, at 3-3, Roger converts the lone break point opportunity to go up 4-3. Nadal is predominantly a baseline player with heavy groundstrokes and Roger is more of a Serve and Volley player , who comes to the net very often. With his excellent net play, he broke Nadal. One of the biggest features of Federer’s game is that he holds serve in real quick time after breaking the opponent’s serve. Federer goes up 5-3 and Nadal was serving to stay in the set. Nadal holds serve and Federer was serving for the first set at 5-4. He pockets the first set with ease. Federer’s  first serve percentage improved as the game progressed. Nadal had no break point opportunities at all , he was hitting the ball really short and Federer pounced  on those opportunities and the lone break for Federer proved to be the difference!

Second set was dictated by Nadal , he had regrouped himself after the first set loss and came out all guns blazing. Federer lost plot in this set, as his unforced errors count increased significantly. His erratic forehand coupled with low 1st serve percentage gave a double break for Nadal to go up 4-0 in the second set. This set was almost done and dusted as it was next to impossible for Federer to come back in this set. But Federer broke Nadal in the 5th game , opening his account in the second set to make it 4-1, but it was a little too late as Nadal comfortably takes the second set 6-3. Erratic forehands , average ground strokes, low percentage of 1st serve points won let down Federer in this set. He had to play in the same level as he played in the first set.

Federer was serving ahead in this set. His very first game was a struggle. 3 excellent serves gave him a 40-0 lead. Just when it looked like he would finish the first game with ease, there was a twist in the plot, was a quick turnaround as Nadal won the next 3 points to make it deuce. A forehand error gave Nadal a break point opportunity, but it was quickly snuffed out by an ace. The game prolonged, as there were 4 deuces and 3 chances to break Roger’s serve to get an early break. Finally Roger prevailed, it was an important hold for Federer in the context of the game as going down an  early break would make it more easier for Nadal to dictate terms. The hold in the first game definitely boosted Roger’s confidence . Scintillating forehands, down the line brutal forehand timed to perfection ,  he broke Nadal to go up 2-0 in the third set. The hold in the first game proved to be very crucial, as  the momentum has shifted towards Federer. Federer had not panicked after the second set and raised his game up a notch and the results showed as he got an early break. He had been attacking Nadal’s second serves, bludgeoning them. He holds serve easily to go up 3-0. He had an opportunity to break Nadal in the 4th game, but Rafa always plays his best tennis under pressure, Federer failed to capitalise on it , it was 3-1. Federer shrugged off the disappoint of not being able to break Nadal’s serve as he held his serve real quick to go up 4-1.  Federer definitely needed an insurance of a double break so that this set was almost out of Nadal’s reach. He broke Nadal again to make it 5-1. Nadal was not particularly serving well , on the other hand Federer was excellent with his footwork, hustling really well and working well with angles and this meant he had higher number of winners compared to Nadal. Federer closed out the third set with a clinical performance 6-1. Federer definitely upped his game , did not panic after  the loss in the second set and outplayed Nadal to take the third set to go up 2 sets to 1.

Nadal was serving ahead in the fourth set and started with easy hold for both Rafa and Federer to make it 1-1. Rafa then secures an early break to go up 3-1 in the fourth set. Federer did not get his first serves in and Nadal capitalised on that. Federer had an opportunity to break Nadal back, but as we know Nadal plays the best tennis under pressure, Nadal prevailed and then at 5-2, Federer was serving to stay in the set, he holds with struggle and Nadal had to serve it out to take this match to a decider. It was a clinical hold and he has pushed this game to a decider. Nadal had dug deep, did not give up even when he was a set down. Federer took a medical time out in the 4th set. This gave Nadal a little time to relax and stay calm and give his best in the decider. As for Federer , holding serve was a priority and he had to cut down on his unforced errors.

An early break for Rafa put him in driver’s seat and Federer was under tremendous pressure. It looked as though game was slipping away from Roger. Roger had opportunities to break Nadal’s serve on 2 occasions but he failed to convert those opportunities. Nadal was resilient, he was the best in responding to adversities, played top class tennis under pressure and this bailed him out of tricky situations. But Federer was relentless and he got past Nadal’s defenses to level it 3-3. An easy hold for Federer put him ahead for the first time in this set 4-3 on serve. Roger had tremendous self belief, he brought in game changing moments in the match, and likewise he produced another moment of magic to get that crucial break to go up 5-3.Federer was serving for the championship. He was just 4 points away! First point was always crucial as it sets tone for the rest of the game. Unable to get a first serve in, Rafa hit an exceptional pass on the second serve.A backhand error from Federer meant Nadal was up 30-0 on Federer’s serve. Pressure was mounting on Federer. But Federer serves exceptionally well at crunch situations. A timely ace made it 15-30. An error meant that Nadal got 2 break point opportunities. Again tremendous serving under pressure, and a killer of a forehand made it deuce. A forehand error from Nadal gave Federer a championship point. An error from Federer, and it was back to deuce. This was such nail biting tennis! An ace when needed, he served his 20th ace and brought up 2nd championship point. A forehand winner, reviewed by Nadal was in and he jumped in joy as he had done it! Slam number 18 for Roger Federer.

This was a roller coaster of a match , game swinging like a pendulum, and it was totally an unexpected victory for Roger after the 5th set when he was down a break. But Roger never stopped believing and he staged an exceptional comeback to get past Nadal. It was an emotional moment for Roger as this 18th Slam had been eluding him since 2012. He had come close to winning another slam in the previous years but never got past the finishing line. But today was his day and he played the best tennis to topple his nemesis Rafael Nadal. His game plan was a little different to his previous matches. He played high risk shots and it payed off. Federer’s backhand was exceptional, it was just a treat to watch,he could hit it with high pace with relative ease.  He was working with his backhand winner angles beautifully. He took the ball early to take time off Nadal and his groundstrokes had depth which made it a tad tough for Nadal. Even though Federer was slightly higher on the unforced errors column, his winner count just overshadowed the errors. He got a lot of free points on his serve ( he served 20 aces!). He also came to the net often and played  exceptional under pressure. Federer has just proved that with tremendous self- belief, hard-work, perseverance and never say die spirit, winning slams at his age is achievable and age is just a number! Form is temporary, Class is permanent!

Nadal was gracious in defeat and he in fact told that Federer was the more deserving. He played exceptional today but a better player, capitalising on crunch situations, won the match! It was very evident as to how important this win was for Federer as he became really emotional, tears trickled down. He leaped in joy, drowned in the applause of his fans!

Serena and Federer at age 35 have defied normalcy as they are dishing out phenomenal performances. Just like old wine, they are just getting better with age! Serena has a mind boggling 23 slams now, one short of Open era record of 24 slams won by Margaret Court. With the current level of  play, Federer and Serena are definitely favourites to add more to their Grand Slam cabinet!

P.S- Federer is the only player to have 5+ Slams in 3 Tournaments- 5 each in Australian Open and US open and 7 in Wimbledon. He is the oldest man to win a Slam! 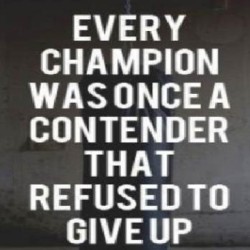