Alun-Wyn Jones is hoping Wales can get back to winning ways and get their quest to win an unprecedented third successive Six Nations crown back on track, the Welsh have yet to show their best rugby and they looking to set up another gear.

The Welsh battle is out with France on Friday night, knowing a loss could effectively end their challenge, the players have had a week off to rest and they should be fresh for the game.

Last time out Wales suffered a crushing 26-3 defeat to Ireland in Dublin and want to quickly put that right, Jones knows that they will be need to be on top of their game to defeat the French.

“We had a week off to rest, recuperate and get back on the horse, and that’s what we intend to do,” said Jones.

“We were very disappointed with the performance (against Ireland) because, essentially, we didn’t get going.

“Like Gats said, it was one of the worst performances he’s had during his tenure as coach.

“We have to move forward now and crack on with the game at hand. It’s a massive opportunity for whoever is selected to put it right.

“It’s an opportunity now to show the strength of character we have had, that the boys showed last year to win away in France and then win the tournament.

While the 28-year-old admits they have a great opportunity to redeem themselves from the Ireland defeat, he also knows they will be up against it.

“It’s not a carbon-copy of last year because we are playing them (France) at home, but it is a massive opportunity to get under way again.

“We are up against it at the weekend. but don’t get me wrong, there are very few opportunities in your career you get to turn around and put your hand up and say ‘look, we’re still here, we’re still fighting’.

The Welsh lock knows that the players will need to show improvement from the last game, he wants to see the defence driving the opposition’s lineout.

“It’s difficult to defend against because once that ball is at the back of the maul, you can’t get to it, pull it down, tackle it, sack it, once it’s moving,” Jones added.

“That is why it is such a weapon. The rules, the way they are, are rightly weighted in favour of the attack.

“Any team that has coded us, taken a good look at us is going to point to it as an opportunity.

“From a pack’s point of view, we are bitterly disappointed with how the game went, and there is plenty to work on.” 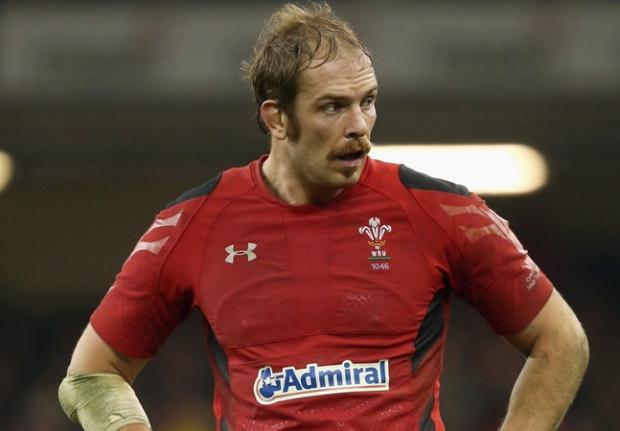