Consensus P4P #1 Saul Canelo Alvarez made history in the early hours of Sunday morning at a 16,586 sold-out MGM Grand Garden Arena in Las Vegas, Nevada when he beat Caleb Plant via 11th Round KO in the headliner of a major Showtime Sports Boxing Pay-Per-View Event.

By doing this he Unified his WBA, WBC, WBO Belts with Plant’s IBF Title and became a rare undisputed World champion. Alvarez became the first Mexican to become an undisputed world champion in the four-belt era as well as the first undisputed champion at 168 pounds.

Canelo Alvarez vs Caleb Plant: How did the fight go down?

Canelo had a much tougher fight than most critics expected on Saturday night. Caleb Plant has never faced an elite fighter or anyone close to it and his lack of punch power really put doubts in many fans’ minds as to whether what problems Plant could cause Canelo.

Despite this, Plant looked solid defensively and didn’t take many clean, powerful shots until Canelo Alvarez exploded and found the opening in the 11thr found. Plant also didn’t land much significance and most of his eye-catching flurries were blocked on Canelo’s gloves.

The Conservative approach of the American saw him last 11 rounds (albeit not going the distance) but struggled to win many rounds. At the time of the stoppage, the judges had it 98-92,97-93 and 96-94 in favour of Canelo Alvarez.

The majority of the IBF Champion’s success came in the early rounds where Canelo Alvarez struggled to land much on him and Plant’s jab and movement kept him edging rounds.

ALSO READ:  What is Fightzone? And How has it revolutionised Small-Hall Boxing in the UK?

What’s Next for Canelo Alvarez?

Canelo Alvarez has fought 4 times in just 11 months and therefore will have a little rest and not return till the Mexican National Holiday ‘Cinco De Mayo’ weekend of 2022 meaning he will box 3 times maximum in 2022 similar to 2021 making him the most active top-level fighter in the world.

Canelo Alvarez has won every belt at 168 and it would make sense to go up to 175 and attempt to win more titles there, but Alvarez realistically is a Middleweight competing at 168 and may not want to fight at 175 again as of yet.

As a result, he could persuade any of the current middleweight champions to move up to 168 to fight him there. A fight with Demetrius Andrade or the Golovkin/Murata winner would see him return to DAZN while a fight with Jermall Charlo could see him fight back-to-back fights on Showtime PPV under the PBC banner.

What is most likely to happen?

If he opts to fight a current 168-pounder, the best option would be David Benavidez on a PBC on Showtime PPV. If that does not materialise, then a fight with Britain’s John Ryder in the UK has been mentioned as well as a potential clash with the IBO Champion – winner of Gongora/Richards.

If Canelo fights 3 times in 2022 ideally we would like to see him take on one of the middleweight champions: Andrade./Charlo/Golovkin in May, Top 5 SMW David Benavidez in September and then the WBA Light Heavyweight Champion Dmitry Bivol at a 172-Pound catchweight in December.

However, due to the type of fighter Canelo is he may very much target a direct move up to 175-pounds and attempt to become an undisputed champion there. The Major thing stopping him from doing that is that the commercially lucrative fights are with Benavidez and Golovkin both at 168. 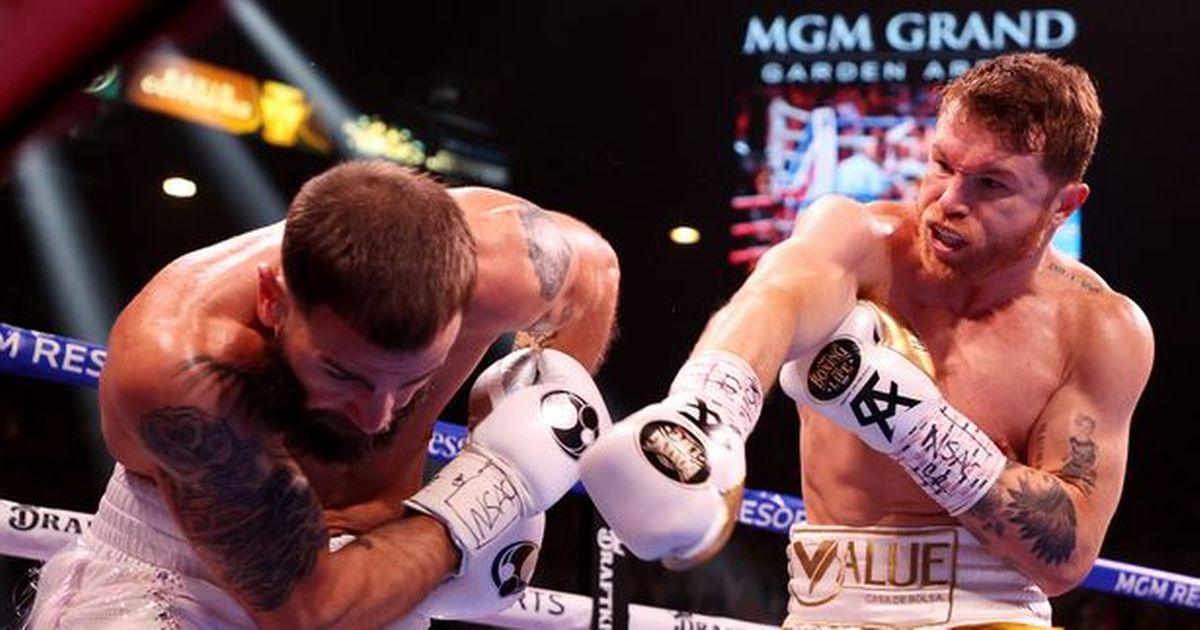