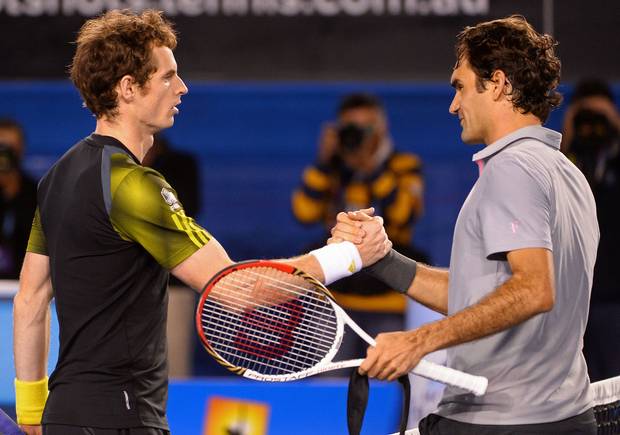 Andy Murray is out of the Australian Open after he lost the quarter-final to Roger Federer in four sets, Murray failed to caputre his best form and Federer just proved to much him.

The Scot has recently recovered from an operation and although he had done well to get his far, winning this tournament would of been a bridge to far, it just came to soon for him as he wasn’t any near his best.

The Swiss took the first set 6-3 and the second 6-4 with a terrific variety of shots from the former world no 1 who was seeded sixth, Murray showed a fair bit of fight taking the third set to a tie-break after saving two match points and he won that tie-break.

But Federer regained control, winning the final set 6-3. It always looked like it would go his way. This win has now put Federer in his eleventh consecutive semi-final.

Murray is one of the few players to hold a winning record over the 17-time grand slam champion, but he looked finished as Federer powered through the first two sets.

The 26-year-old has recently recovered from surgery and it would’ve been as big ask for Murray to go all the way.

“I don’t know how many players have come back from surgery and won the first Grand Slam back in their second tournament. It’s very unlikely to happen,” Murray said.

“I just need to use this as a stepping stone to getting better and be happy that I’ve got through five matches here. The last two were particularly tough.

Federer had struggled during the 2013 season, with the Swiss dropping down the rankings and registering just one ATP Tour title.

However working with new coach Stefan Edberg appears to have paid dividends and turned his game around – with Federer reaching the final in Brisbane in the build-up to the first grand slam of the year and making light work the opening rounds.

It took Murray until near the end of the third set to get his first break on Federer’s service.

“In the first two sets I thought he played great tennis,” Murray said. “When he was serving for the match I felt like I raised my level because I had to basically, and obviously prolonged the match a bit further.

“I just wasn’t able to get ahead in the fourth set.”

Murray played down his back problem, but it was visible that he struggled in getting down low to make volleys.

“Obviously right now I’m very disappointed. There’s a few things I would have liked to have done differently,” he added.

“There’s maybe some things I would have done a bit differently if I was ever to have surgery again possibly. But it’s the first time I ever went through something like that.

“I thought I did a good job getting myself in good shape to be competitive at this level. I wasn’t too far away in the end.”

has updated a post."To be or not to be (withdrawn from a horse race)"
3 hours ago

has published a new post."To be or not to be (withdrawn from a horse race)"
3 hours ago