Defending champion Andy Murray has been knocked out of Wimbledon after losing in straight sets to Bulgarian Grigor Dimitrov.

The Scot was comfortably beaten 6-1, 7-6, 6-2  and now Dimitrov plays 2011 winner Novak Djokovic in the Semi Finals. Djokovic overcame hard hitter Marin Cilic in a heated contest that ended  6-1, 3-6, 6-7, 6-2, 6-2.  With Murray and Nadal both out, Djokovic is the hot favourite to win this year’s competition as he looks to add his second Wimbledon championship to his already impressive Grand Slam collection.

Speaking after the game, a dejected Murray spoke of the difficulties he had whist performing and highlights mistakes as a major contribution to his loss.

“The frustrating thing was the amount of mistakes I made today because even when I wanted to get into longer rallies I was missing shots. I was unable to make him work as hard as I needed to, if I was going to get back into the match.

Whatever the tactics were, I didn’t execute them as well as I would have liked. Also, your opponent can do things in the match that you’re not expecting, or hit the ball in certain places which doesn’t allow you to do exactly what you want on the court. He did a good job of that.”

Currently ranked the World’s No. 13, Dimitrov impressive Wimbledon campaign will see him move up to at least number nine in the rankings while Murray on the other hand falls to No.10 in the world, his lowest ranking for six years. The two-time Grand Slam winner also says he feels he has not progressed as well as his rivals have during the course of the year.

“I don’t feel like I have improved so much since Wimbledon last year. I think I’ve played some very good tennis but also some ordinary stuff at times. I’ve had a good run here at Wimbledon over the last few years.

Obviously it’s disappointing for it to end like that. But now we’ll see whether I can come back stronger and come back better. No one knows, but I’m going to try.”

The winner of Djokovic and Dimitrov will face either Roger Federer or Milos Raonic in the Men’s Final on Sunday. 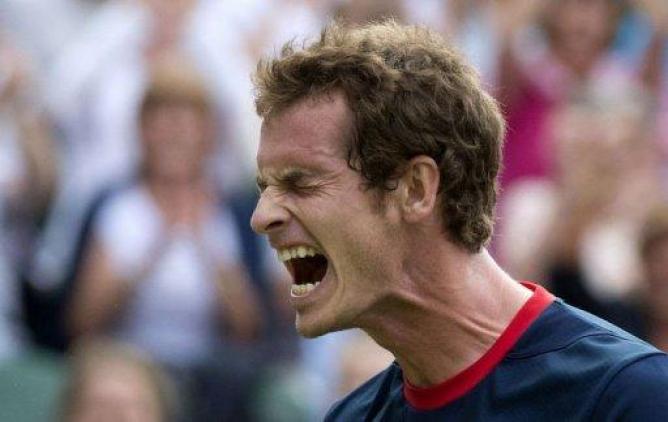