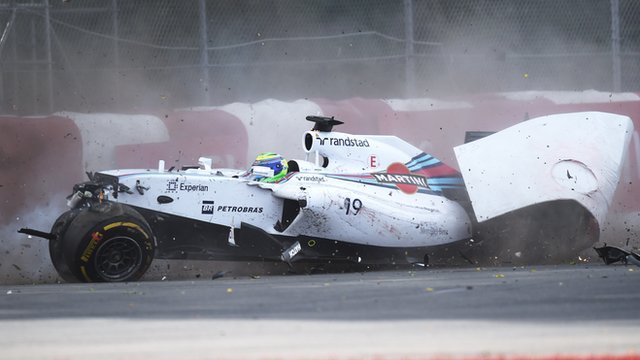 Sergio Perez was awarded a five place grid penalty in the next race by the stewards for his part in yesterday’s collision with Felipe Massa.

The two collided into turn one on the final lap of the Canadian Grand Prix as Felipe Massa tried to squeeze past the Mexican as he raced hard for a last-minute podium position.

The stewards felt that Force India’s Perez moved across the racing line under braking which caused the crash,  and issued the penalty consequently.

Massa is livid with the Mexican and the stewards lax decision to award him just a five place penalty.

Massa was taken aback by Perez’s supposedly careless attitude to the collision.

He continued on about the impact of the crash. “Honestly, I thought it was going to hurt. The impact was very strong so I’m really happy that nothing happened.”

He believes that the decision taken by the stewards was not strong enough, considering what the outcome could have been after Sunday’s accident.

“They have rules for every accident and the positions, I don’t know how it works. But for me it’s not enough”.

What can I say? We were doing 300km/h, and if you do that on 300km/h and you have another car in front it could be a very serious accident. It’s dangerous, you know. For me five places is not enough, but he was dangerous because Vettel was in front, so it could have been worse.”

Massa denies any responsibility for the accident and his aggressive push into turn one, stating that he was trying to overtake the Force India after he had exited slowly from the final chicane after being passed by Vettel.

“I had the DRS and I managed to put the car on the inside, he had no tyres left and I was going to brake on his inside and pass him easy. I think it was not a risk, I think it was an opportunity after Sebastian had passed him. Ricciardo took the risk to pass him [at the same corner] and he won the race, so it was not anything crazy. I just put it up the inside and if he braked later than me that would have been fine and I’d have stayed behind.” 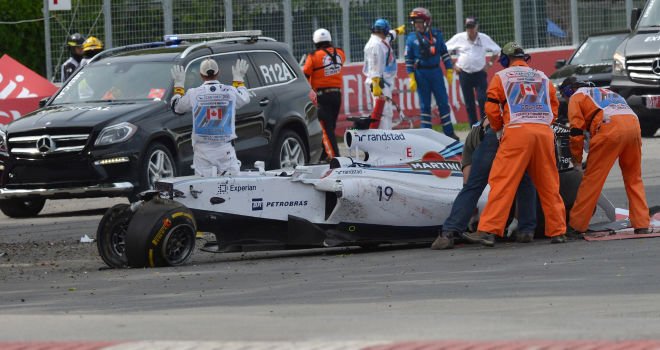