Skip to content
You are here
Home > Football > Are the Premier League’s top teams falling away in Europe as they can no longer financially cripple their rivals?

For only the second time since 1996, the Premier League may have no representatives in the Champions League quarter-final draw. This would have been unthinkable in the noughties and raises the question, have English teams lost their spark that used to make them so feared across Europe?

The Premier League is home to some of the worlds best and is by far the richest in the world having signed a deal to sell the TV rights for three seasons between 2016-2019 for £5.136 billion.

With the amount of money in the English game, English clubs should be proudly flying the flag across the continent due to their financial muscle, especially given teams restrictions from Financial Fair Play meaning clubs can only spend within their means. However results in Europe seem to imply this hasn’t been the case. But why ?

Perhaps the best way to understand is to look back

English domination was at its peak in the 2007-2008 season: Manchester United versus Chelsea in the Champions League Final. Two of the best teams the Premier League has ever produced, only to be separated by one slip.

Since then, everything changed.

Teams from the continent have improved significantly. German football has been revolutionised by the perfect example of a Golden Generation. Real Madrid has bought a new cast for its Galacticos series whilst the brilliance of Messi and co has created possibly the greatest team of all time.

Meanwhile English football has struggled to keep up.

Year after year the leagues best players leave to go abroad. The trend started when Ronaldo moved to Real Madrid in 2009. That signing was symbolic that English sides were no longer in control of the transfer market. Following from this the Premier Leagues best players continued to move on and were being replaced by those that had been forced out of their sides.

Mesut Özil signed for Arsenal after he was forced to make way for Gareth Bale. Alexis Sanchez joined one year on after being made surplus to requirements following Barcelona’s signing of Luis Suarez from Liverpool. Even Di Maria arrived at Old Trafford as Real Madrid tried to make room for James Rodriguez, the star of the World Cup.

All are great players but none could claim to be one of the top five players in the world unlike those that were present in that 2007/2008 season.

Cristiano Ronaldo, Michael Ballack, Nemanja Vidic and Didier Drogba. All were present in that Champions League Final and were the calibre of player who could justifiably claim to be up there with the best in the world. These types of signings are no longer making their way to England.

With the exception of Chelsea who purchased brilliantly in the summer, teams are not signing the top of the top and are having to make sacrifices. David Moyes has repeatedly stated that he suffered in his season at Old Trafford as the players promised to him, Cesc Fabregas, Edinson Cavani and Gareth Bale failed to arrive at the club.

Instead Bale went to Madrid, Cavani went to PSG and Fabregas stayed in Barcelona. Without bringing these players in, the big teams are suffering and will not keep tabs with the big three, Real Madrid, Bayern Munich and Barcelona.

This is not necessarily a bad thing, it could lead to reform with a greater emphasis placed on bringing through players from the youth academy, as Manchester City have suggested with their new state of the art training facility.

Besides the Premier League remains the best, most competitive league in the world. It has come into a lot of criticism recently due to the failures of its biggest sides in Europe but it is not the best league due to them, it is the best due to the pace and power shown in its games; as well the smaller clubs ability to bring in world-class players.

Who knew Bojan could do it on a cold wet night in Stoke? 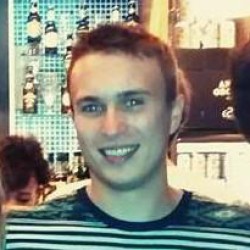 Hi my name is Reece, I am a Politics and Sociology student at the University of Sheffield and footba...
0

has updated a post."When Genius Met Stupidity"
2 hours ago

has published a new mt_pp."Mustafa Hassan"
3 days ago