Arsenal and Turkish side Besiktas battled each other for a place in the Champions League group stage tonight. Arsenal won the match 1 – 0 after a goal from Alexis Sanchez at home, after drawing 0 – 0 in Turkey.

The match stayed at 0 – 0 for a long period, with Jack Wilshire and Santi Cazorla having the best chances in the beginning stage of the match, but both shots were off target. Besiktas had a couple of chances, but nothing of any real danger for the Arsenal goalkeeper.

The sole goal of the evening fell in the injury time of the first half, where Jack Wilshire beautifully got the ball to Alexis Sanchez, who could then slot it past the Besiktas goalkeeper. 1 – 0 for Arsenal.

The second half got underway and Arsenal had plenty of opportunities to make it 2 – 0, but lacked the calmness and precision, so the match remained tense for the remainder of the second half. Demba Ba had a great chance at the 65th minute, but hit the sidenetting instead of hitting it past Szczesny in goal.

Matieu Debuchy was sent off in the 75th minute after receiving 2 yellow cards during the match, which sparked a remarkable finish to the match. Besiktas only need 1 goal to advance to the group stages, because of the away goal rule. Once again it was Demba Ba who stood for most of the chances for Besiktas, but he never found the back of the net.

The match therefore ended 1 – 0 and Arsenal advanced to the Champions League groupstages. 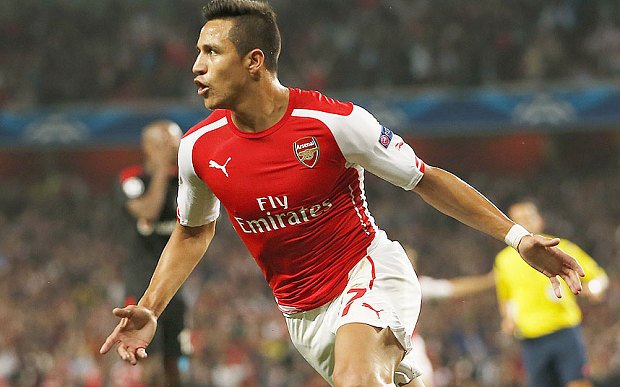