Arturo Gatti’s life in and out of the ring reads like a film script, first for a thriller, then a murder mystery

Arturo Gatti justifiably wore the nicknames ‘Thunder’, ‘Blood and guts’, and the ‘Human highlight reel’ with pride, and was one of boxing’s greatest warriors.

He was born in Calabria, Italy, and raised in Montreal, Canada, where the young Gatti first discovered martial arts and then boxing. His precocious and fearless talent marked him out as something special and by the time he was a teenager, the Canadian Olympics boxing committee drafted him into the team picked to represent the country at the 1992 Olympics in Barcelona.

However, Gatti saw his future on a different stage and, whilst in training with the Olympic team, decided he wanted to join boxing’s paid ranks instead, moving to New York City at 19 years old with a desire to turn pro.

It was an auspicious choice, for he would, in time, become one of the Big Apple’s favourite adopted sons and best-loved fighters – admired for his boxing prowess, game heart, and fighting spirit. But also for the way, despite taking a lot of punishment in the ring, often getting off the floor to win, he would come out smiling at the end, through the bumps, bruises, and cuts that marred his beaten, classic boxer’s face.

The phrase, ‘he was always in the wars,’ could have been minted especially for him

Indeed, courage, heart, character were his greatest characteristics, and he showed them every time he stepped into the ring, win, lose, or draw. His style was gung-ho, all-action, defenses be damned. His left hook was a wrecking-ball, his body shots shattering, all thrown with textbook timing, from the hip and with everything behind it. The result of a flush connection was usually lights out. That’s all she wrote.

The combination of his everything-on-the-line mindset, with a willingness to trade toe to toe with the heaviest of punchers, to go out on his shield, if necessary, to brawl even though he could box, endeared him not only to his vociferous support among New York’s Italian-American community but fight fans worldwide.

He fought in some of the sport’s most memorable and thrilling contests, epic, blood-stained dramas that looked like duels to the death. His fights were awarded Fight of the Year accolades no less than four times from Ring Magazine (including an unprecedented three years in a row), and nominated for the title on several other occasions.

He won the IBF welterweight title in 1995, holding it for three years, before becoming a two-weight champion by winning the WBC Junior lightweight crown, which he defended from 2004 until 2005.

But he is perhaps best remembered for his epic trilogy of fights with ‘Irish’ Micky Ward, strangely omitted from the Oscar-winning movie, The Fighter, 2010 – a biopic of Ward’s life. Most probably because it is worthy of a blockbuster on its own.

Of the trilogy with Ward, the boxing world is unanimous. Legendary trainer, Emmanuel Steward, hailed Round 9 of Gatti v Ward I as, ’round of the century.’ Screaming from co-commentating, “you know, you dream of fights like this, but very seldom do they live up to the expectation. This is even more than you can dream of!”

“It was a showdown that ranks on the all-time list of just about everybody we know in the sport,” said BBC Radio 5 Live’s Mike Costello

The Doyen of British boxing commentators, Steve Bunce, claims it is “one of the greatest fights I have ever watched. That ninth round is unforgettable and unbelievable.”

Those readers who have yet to see this fight, just pull up a ringside seat and watch it for yourselves. It is an incredible piece of boxing history.

Round 9 will transport you from the very edge of your seat to a realm where the fighters go above and beyond. Gatti, in agony from a vicious body shot and Ward’s repeated attempts to finish him off is wincing from pain, yet somehow finds the strength to fight back and dish out his own punishment. Ward is now under the cosh, but summons power from his own well of guts, and unleashes punches that would have knocked most men out. But not Gatti, who, almost out on his feet, still manages to throw one last shot as the bell sounds. It is breathless, exhilarating, and magnificent, encapsulating in 3 brutal, sublime minutes the very best of the sweet science.

After a stellar career in which he finished on the right side of highs to lows, Arturo Gatti left boxing with a 40-9 record, 31 by way of knockout, and a $16 million fortune.

But his 50th fight, this time outside of the ring, would prove to be his last.

For just two years before the release of the film that featured his greatest opponent, and only two years into his retirement from the sport he graced with bravery and skill, Arturo Gatti was found dead at just 37 years old in a hotel room in Ipojuca, Pernambuco, Brazil.

And for more than a decade now, his achievements inside the ring have been overshadowed by what happened to him outside of it. Circumstances that remain shrouded in mystery to this day.

The facts that we know:

On July 11, 2009, Gatti was on holiday with his Brazilian wife, Amanda Rodrigues, and their 10-month-old son, Arturo Jnr. Their marriage had a dark side with repeated violence and restraining orders issued to both parties. Friends and family alike bandied the word toxic to describe their relationship.

However, the couple took their son on a make-or-break trip first to Europe and eventually to Brazil, where Gatti was due to attend his sister’s wedding the following day.

At a restaurant the evening before the wedding, a drunken Gatti fought with his wife, pushing her to the ground. Several men stepped in to confront the fighter and they exchanged punches. Finally, Gatti was hustled away from the scene and the couple returned to their luxury hotel, where his wife retreated to a separate room, allegedly telling him that the marriage was over, and he would never see his son again.

The next morning, Gatti was dead. Apparently having hung himself from the side of a set of stairs with the straps of his wife’s purse.

But nothing about the scene seemed to add up.

Investigators concluded that it was impossible for the body to have landed where it was found, under a kitchen counter. Amanda Rodrigues could not explain either how she spent over 10 hours in their hotel room without realising that Gatti was dead. This despite the fact that his lifeless body lay in a pool of blood yards from his young son.

In depositions to the police, Rodrigues’ story changed several times. But what tipped things over the edge was the discovery that Gatti’s Will had been changed and a pre-nuptial agreement voided just three weeks before his death. The changes benefited his wife and young son at the expense of his family. Suspicions became hardened, conclusive motive established, and they charged his widow with first-degree murder.

But things were about to take a bizarre twist.

Having ruled Gatti’s death a homicide and jailed his wife, Brazilian authorities changed their mind after the release of the coroner’s autopsy report, which declared the cause of death to be a suicide, and they set his widow free.

Nobody who knew Arturo Gatti, not his family, his friends, or the wider boxing community, could believe for a second that the fun-loving fighter would ever kill himself. And never with his young son in such proximity. Or on the day of his sister’s wedding.

He was not a quitter in the ring; or outside of it. Their cries of ‘foul’ morphed into a chant of injustice, and a fight for truth, instigated by his family, the media, and backed up by the weight of the Canadian government.

The pressure paid off. And with the family’s agreement, the boxer’s body was exhumed to facilitate a second autopsy. The results pointed to bruises on Gatti’s head and body – injuries overlooked in the original examination in Brazil. The second report also noted that Gatti had a large dose of muscle relaxant in his system, along with alcohol. They ruled that Gatti had died a violent death – asphyxia by neck constriction – and that the body had been suspended for some time before ending up on the floor.

Two investigators hired by the family after the second autopsy to investigate his death ‘proved’ by the use of a state-of-the-art forensic laser scanner that it was ‘impossible’ for the body to have landed in the position it was found in.

The new findings, data, and information from the work carried out by investigative agencies from Canada and the U.S. were presented to Brazilian authorities, who again concluded Gatti’s death was a suicide and closed the case.

And there it lies for now, in the murky waters of mystery, potentially to rise to the surface in the future, either to bring peace and justice for the family or unequivocal exoneration for his widow.

We may never know.

Whatever the outcome, Gatti’s death is a sad coda to the way he fought in life.

Gatti fought his way, a way that would finally gain the ultimate recognition for a fighter with his posthumous induction into boxing’s Hall of Fame.

At his funeral, his legacy opponent, Micky Ward, threw a left hook at Arturo Gatti’s coffin. The Irish-American said the punch was his way of lovingly saying, “I got you at last”.

For those in attendance, the miracle was that Gatti didn’t get up and start firing back. 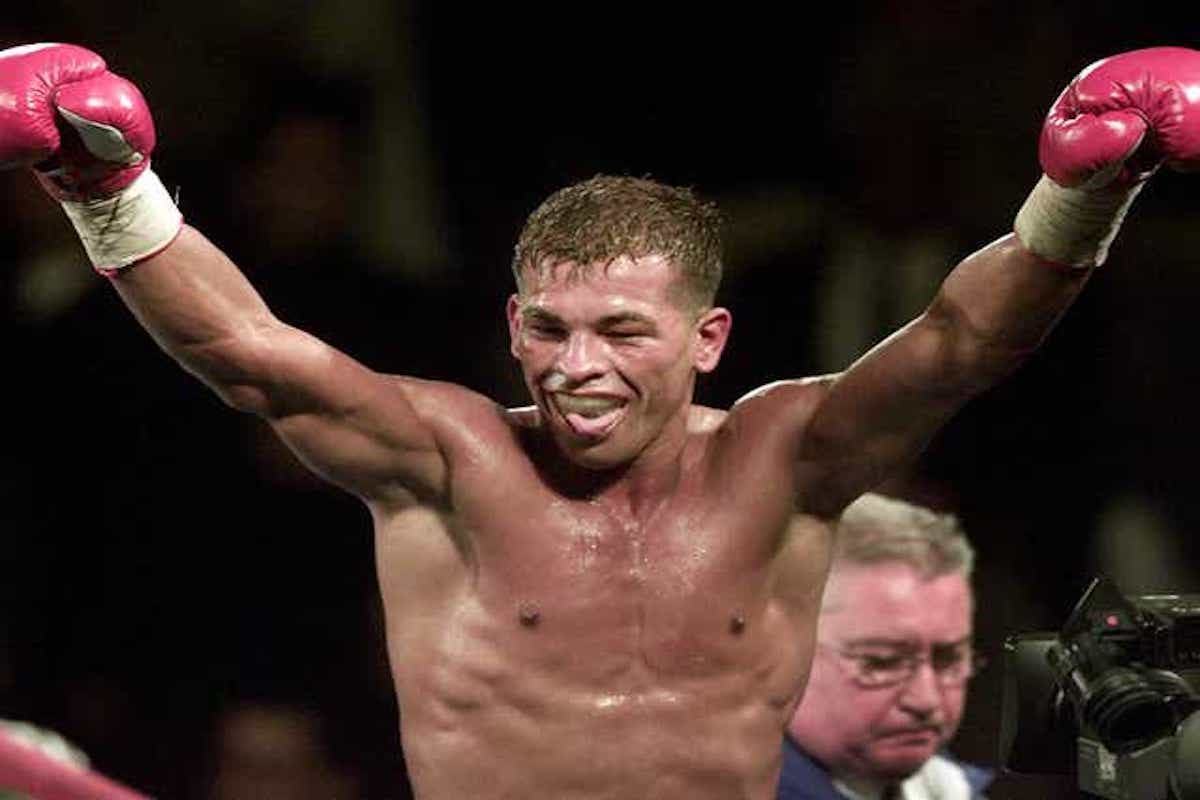