Whenever the Spanish football first division, more popularly known as the LaLiga, comes up for discussion, Real Madrid and Barcelona turn out to be the only teams worth mentioning. None of the other LaLiga sides could match up to these giants, in any way whatsoever. None, until Atletico Madrid, led by Diego Simeone, came along, and decided to alter the norm.

Diego Simeone was unveiled as the Atletico Madrid manager on 23rd December 2011, succeeding Gregerio Manzano, who had been dismissed a day before. Simeone did not need much time to announce himself, as his first season as Atletico Madrid manager ended with the team winning the UEFA Europa League, defeating Athletic Bilbao 3-0, in an all Spanish final in Bucharest, before defeating Chelsea to clinch the UEFA Super Cup. This was when people realized that Atletico Madrid are a side to watch out for.

However, 2013 and 2014 were the years which changed Atletico Madrid’s life. On 17th May 2013, Diego Simeone’s side won the Copa Del Rey, defeating their Madrid neighbors 2-1, at the Santiago Bernabeu, alongside finishing 3rd in the LaLiga race. Simeone had made it clear that the Spanish honors and trophies were no longer the personal property of two teams. He stressed this even further in the 2013-14 season.

In perhaps the most ‘life changing’ season for Atletico Madrid, Diego Simeone inspired his side to a LaLiga title, their first one since 1995-96. Moreover, his side, defying all odds, went on to become the finalists of the UEFA Champions’ League, only to bow out to Real Madrid. This was the season when people started ranking Atletico alongside the best teams in the world. Diego Simeone had brought Atletico Madrid from the shadows of mid-table mediocrity, out in to the light of trophies, victories and inspiration.

Since then, Diego Simeone’s side has shown no signs of looking back. It has constantly challenged for domestic, as well as continental trophies, and having recently played out another UEFA Champions’ League final against the same opponents from two years back, only to suffer the same fate.

However, Diego Simeone’s impact has been far reaching. Alongside being an inspiration and a brilliant tactician, he has also exhibited his man management skills. With his ability to replace his players leaving for other clubs, as well as resuscitating quite a few careers, he has shown that he is a man who can contribute to his players’ personal development. Bringing in young, unknown players like Jan Oblak, Antoine Griezmann and many others, and transforming them into superstars, as well as bringing in supposedly washed up, ‘time up’ players like Fernando Torres and reviving their careers, he has shown that he does not need big cheque books and big name players to succeed, which is a breath of fresh air.

Whatever the future holds, one thing is certain, Atletico Madrid has changed forever, and with Diego Simeone at the helm, Atletico Madrid and its fans have much to look forward to, in the coming years. 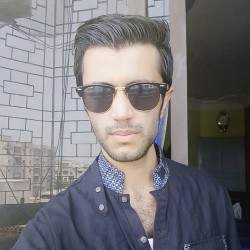