Aidan O’Brien has saddled the winner of the Juddmonte International Stakes four times since the turn of the century and the Ballydoyle supremo will look to make it a famous five on Wednesday afternoon when he unleashes the sensational dual-Derby winner Australia in what is one of the highlights of the entire Flat season at York’s four day long Ebor Festival.

Declaration Of War landed the money for the Irishman 12 months ago, but his previous winners of Rip Van Winkle, Duke Of Marmalade and Giant’s Causeway, just show the quality that is needed to land the prestigious 1m 2f 88y prize and in Australia he will send a horse who O’Brien feels is the best he has ever trained and that’s why the emphatic Investec Derby winner is a best-priced 4/6 shot with to land the Group 1 event.

Having found the Guineas trip too short, the Galileo colt was a red-hot favourite for the Epsom Classic and he duly showed his class as he breezed past Kingston Hill to land the spoils, before a facile win in the Irish equivalent in the Curragh saw him do the Derby double and he will now take on the older horses on Wednesday on a cracking Knavesmire highlight.

Gaining weight from those elder adversaries, it’s unknown whether Joseph O’Brien will be able to get down to 8st 12lbs, but the team’s decision to keep the prolific youngster on board suggests that they will not want to change anything about his running style and he is sure to be tanking along approaching the final straight and will look to pull clear of his five rivals and utilise his stamina over this slightly shorter trip.

Sir Michael Stoute’s Telescope produced a scintillating display when propelling clear in the Hardwicke Stakes at Royal Ascot, but the Freemason Lodge star was trounced by Oaks heroine Taghrooda in the King George VI & Queen Elizabeth Stakes and will need to bounce back here and is next in at 9/2.

A winner of the Great Voltigeur Stakes at the track last season shows that he will enjoy his trip to York, and he is yet to be placed out of the top two in his injury plagued career, but he will need a career best to give weight away to Australia and Ryan Moore will need to produce another magical ride in the saddle should he land this event.

Paul Hanagan produced one of the rides of the season when piloting Mukhadram to victory in the Coral-Eclipse Stakes at Sandown Park, but the William Haggas-trained five-year-old was unable to follow up when third in the aforementioned King George and even though the current 6/1 shot with Paddy Power will set the early fractions, it’s unlikely the other jockeys will let him go too far clear and he may have to settle for the minor honours.

The Grey Gatsby (12/1) was a fine winner of the Dante Stakes over course and distance earlier in the season and Kevin Ryan’s stable star then stormed to victory in the Prix Du Jockey Club, so he has to be regarded as a lively player if repeating that French form on a return to British soil, whilst Arod, who was fourth in the Derby, and the Aidan O’Brien second string Kingfisher add tremendous depth to what is a midweek cracker. 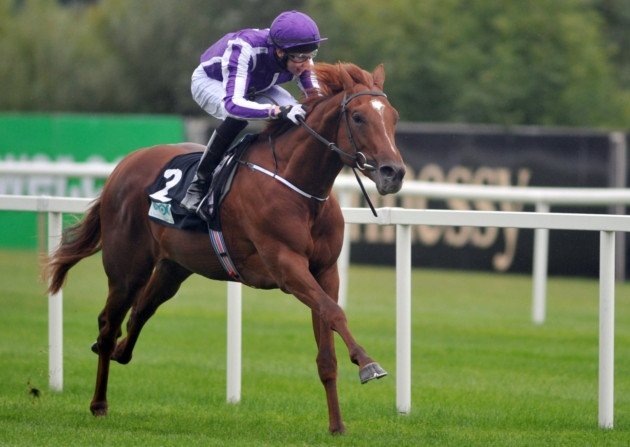