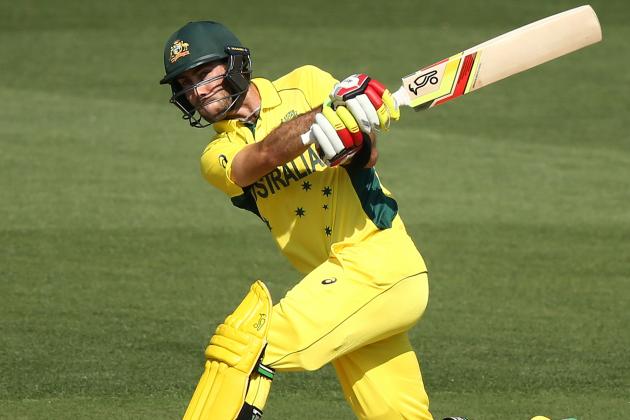 The eyes of the Cricket world will fall on Australia and New Zealand over the next few weeks as they get ready to host the World Cup and fans of the 50 over format really are in for a treat. It promises to be a real feast of sport with the best players in the world all in the southern hemisphere and with any number of teams capable of going all the way and lifting the trophy, it is a cracking betting contest for punters to pick over.

All the momentum of late has been with Australia who go into their first game against England as the warm favourites in the outright Cricket World Cup betting and unquestionably the team to beat.

The Aussies have built a formidable line-up over the past 18 months or so and with home advantage on their side, they are rightly feared by both opposing players and the bookmakers. They won the recent Tri Series tournament ahead of England and India with their mixture of attacking threat with the bat and ball clearly a cut above both of those teams in particular and that win will have boosted their confidence ever further.

Mitchell Johnson is hard not to fancy the top bowler of the tournament with his wicket taking ability second to none on his home turf. The pacey left-armer will lead the Aussie attack and if he plays well it is easy to make a case for Australia winning the World Cup at a price of 2/1 with Paddy Power.

New Zealand are the other co-hosts and although they don’t have the strength in depth of their Australian rivals, they are in good form right now and are more than capable of going deep into the World Cup. They destroyed South Africa in a warm-up game the other day to boost their confidence, while they beat Pakistan 2-0 in their recent series with the Black Caps top order in particularly great form. Martin Guptill.

Ross Taylor and of course Brendon McCullum are all in good moments with the willow in hand and if they fire over the next few weeks, New Zealand could look decent price at 5/1 to win the tournament while McCullum in particular does appeal in the top batsman market at around 14/1.

As for England, they go into this tournament in decent form with one or two suggesting they can make a big impact over the next few weeks under a new captain. The likes of Jimmy Anderson and Stuart Broad have great experience in Australian conditions which is vital while they do have enough batting power in the line-up with the likes of Moeen Ali, Jos Buttler and Eoin Morgan all world class on their day.

It is hard to see them going all the way but they did reach the tri-series final against Australia recently and 10/1 does look about fair given their form going into this one.

There is no doubt that South Africa are potential winners of the World Cup but of course we have been saying that before every tournament for the past 20 years. The Proteas clearly have the squad to go all the way and that is reflected in their price of 3/1 to win the tournament but you do wonder if they might just fall a match or two short when push comes to shove.

They do have one of the most in-form batsmen in world cricket with captain AB De Villiers, who is simply on fire right now while strike bowler Dale Steyn has a strong record down under which should see him have another good tournament.

The Sub-continent sides always come into the reckoning when it comes to a Cricket World Cup but in conditions that won’t suit either India, Sri Lanka or Pakistan, all three of them are available at big prices. India (11/1) are of course the defending champions and do have the talent to play well but they were swept aside by Australia both in test and ODI games recently and it is hard to see them bouncing back from that.

Sri Lanka will be relying on Kumar Sangakkara and Mahela Jayawardene as always which always gives them a slight chance at 14/1, while Pakistan look talented but inexperienced and are as big as 20/1 to go all the way which looks about fair.

It is hard to argue with Australia being the clear favourites for the tournament with the strongest line-up and home advantage both on their side. They have power all through their batting team with the likes of David Warner, Aaron Finch and Steve Smith all playing well at the moment but the key man for them could be Mitchell Johnson.

When fit, Johnson is virtually unplayable on pitches with pace and bounce and if he plays well over the next few weeks, then Australia will be very hard to beat. They don’t make much appeal from a betting point of view though with New Zealand perhaps making more attractive from an each-way point of view at 5/1 with the Black Caps riding high on confidence and also set to have the benefit of home advantage.

has published a new post."5 Things Learned from Manchester United's win at Chelsea on Monday Night"
22 hours ago