Masood Abdullah had a very tough opponent in Sandeep Singh Bhatti who took the kitchen sink and more in the first 5 rounds and would not stop coming forward. Abdullah worked the body well and after a fast start early, started to take his time and pick his shots on the back feet. He had a lot of his success on the inside.

In the sixth and final round after a heavy backhand from Abdullah, the ref saved Singh Bhatti from further punishment and Masood Abdullah got a sixth-round stoppage against a very resilient Singh Bhatti.

On paper, Jeff Ofori was meant to be the toughest test of Mark Chamberlain’s career but it was clear Ofori was past his prime and his performance was not reflective of his level or at all similar to the tight points decision he dropped to WBO #1 Archie Sharp.

The contest was fought at a very low pace with Chamberlain winning all the rounds simply by being slightly more effective on the outside. Ofori had no success at all throughout the fight, Chamberlain was clearly the puncher and after 5 rounds, the Ofori corner saw no reason to let him continue.

Charles Tondo who extended British Flyweight champion Tommy Frank 8 rounds gave McCann plenty to think about early. McCann was effective at mid and long-range with his jab and straight left but looked puzzled on the inside choosing to hold or getting caught with a Tondo left hand.

After 5 rounds it was arguably 3-2 McCann but tondo was very much in the fight landing clean combinations. McCann settled and did much better in the latte round having plenty of success in the seventh He went the full 8 rounds with Tondo winning 79-73 on all 3 cards.

Finiello, a smart southpaw, kept Noakes from setting the pace of the fight as high as he’d like to but that didn’t trouble Noakes at all who applied effective pressure, worked the body and cut off the ring with his left hook.

In the 4th round, Noakes landed a perfect left uppercut which landed brilliantly due to the bodywork of Noakes early, lowering the guard of the Italian. Noakes got a 4th round KO and hopes to get a massive domestic fight with Mark Chamberlain later in the year.

The debut of Royston Barney Smith

Royston Barney Smith won a 40-36 Points Decision on his debut. He did not set up his power shots as much as he should’ve and the jab was not very consistent, but it was clear he has punch power in that left hand. I’d like to see more variation to the body and changing the angle for example, as well as setting up shots with his jab. 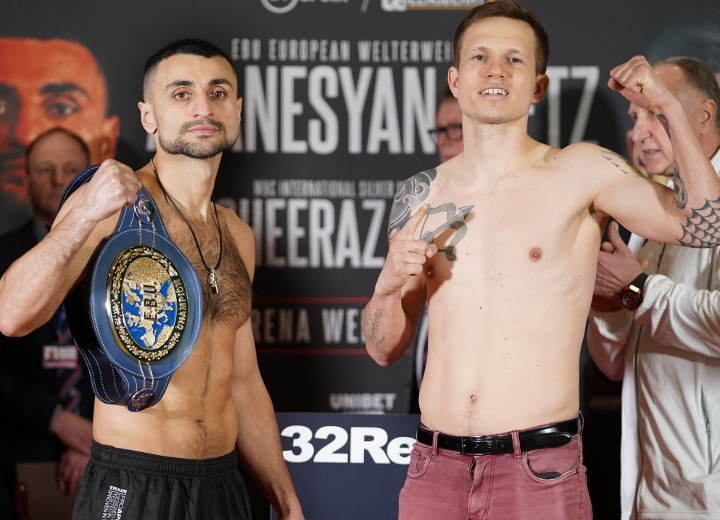