Everton left-back and England international Leighton Baines has signed a new contract with the club for the next four years.

“He is one of the best left-backs in European football and has the World Cup around the corner. I’m looking at what Leighton can do is huge”

The left-back joined Everton in 2007 signing from Wigan Athletic for £6 million and only had 18 months remaining on his contract.

Manchester United were put straight into the papers as the January window opened after they failed in signing him on two occasions before the opening of the season, but now the former Everton boss and now Man United boss will now have to look elsewhere.

Now that the contract has been signed, which has now secured his long term future at the club and has given Everton a boost of confidence for Tuesday’s game against Liverpool; the big Merseyside derby.

The Merseyside pair are eager to finish in that top four spot come the end of the season, with Liverpool currently sitting in that position in the Champions League spot; one point ahead of their local rivals.

The future of Dutch defender Johnny Heitinga is to be determined in the next two days as Martinez has revealed two overseas teams have claimed interest in the defender. 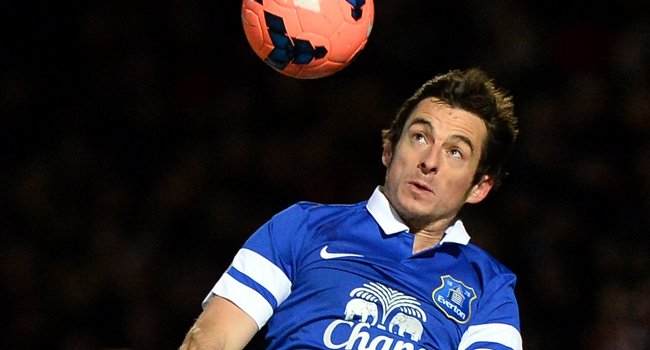