Barcelona have today been given a transfer ban for the next two transfer windows for breaching rules relating to the international transfers of minors, the investigation was initially conducted by the FIFA transfer matching system over the course of last year and subsequently moved on to the FIFA disciplinary committee as part of the disciplinary proceedings.

Barcelona had been under investigation for some while, the period that FIFA has been looking at is for four years where under 18’s and minors, non=Spanish players have been transferred to the club.

FIFA had been looking closely at the transfers between the periods of 2009-2013.

They found that Barcelona had violated several provision concerning those international transfers and first registration of non-Spanish minors under the age of 18.

The world football governing body have looked into quite an extensive period, currently in-order to protect youngsters.

However, the same article stipulates that international transfers of minor players are permitted fewer than three limited circumstances, and such exceptions may only be granted after evaluation by the sub-committee of the Players’ Status Committee.

FIFA went on to say that this all concerns ten minor players with regards to the transfer to FC Barcelona.

Barcelona has received a fine of £305,000 for this violation.

The Spanish football federation have also violated those rules and they have been fined £340,000

FIFA said in a statement:

“FC Barcelona has been found to be in breach of article 19 of the regulations in the case of 10 minor players and to have committed several other concurrent infringements in the context of other players.

“The disciplinary committee regarded the infringements as serious and decided to sanction the club with a transfer ban at both national and international level for two complete and consecutive transfer periods, together with a fine of 450,000 Swiss francs.

“Additionally, the club was granted a period of 90 days in which to regularise the situation of all minor players concerned.”.

FIFA has now sanctioned Barcelona and the club will not be able to participate in the next two transfer windows. 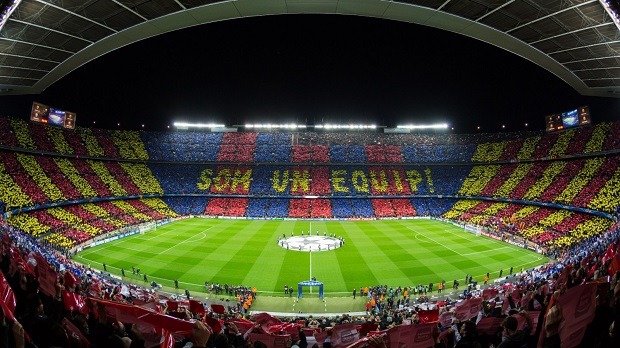