Bayern Munich and Wolfsburg met today in the Bundesliga opener, and after a tight affair, Bayern were the victors, with the digits 2 – 1. Thomas Muller and Arjen Robben were the goalscorers for Bayern, whilst Ivica Olic scored the sole goal for Wolfsburg.

There had been a lot of hype and expectations towards new signing Robert Lewandowski, but it was the old star, Arjen Robben, who once again proved himself as one of the best footballers in the world as he led Bayern to victory. He was the main man behind Bayern’s first goal, as he dribbled his past through the Wolfsburg defense, passed the ball to Thomas Muller, who then slotted it home in the 37th minute.

Robert Lewandowski came close to scoring a couple of times, but the teams went to half-time with the score at 1 – 0. After the break, it was Robben himself who scored for Bayern, as he stole the ball from a Wolfsburg player and quickly initiated a counter-attack, which led to Robben scoring to 2 – 0 in the 47th minute.

During the summer break, Wolfsburg had secured the services of Nicklas Bendtner, but as he was still unfit after a long period of being without a club, it was Ivica Olic who Wolfsburg counted on to score the goals. He did this in the 52th minute, as he reduced the score to 2 – 1.

This brought some excitement back in the game, and Junior Malanda could have completed a comeback for Wolfsburg in the 78th minute as he provided the miss of the season already in the first game of the season, as he missed from a couple of feet out.

Wolfsburg were unable to score again, and the match ended 2 – 1. 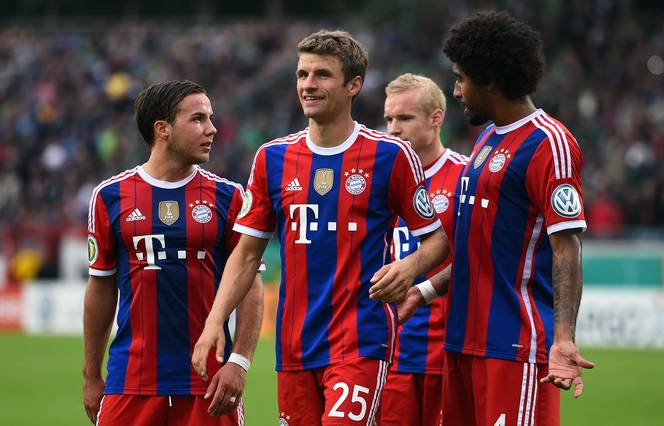