His agent,  Eric Simms reported late last night: “I hate to be the bearer of bad news but I just got off the phone with Big Daddy V’s wife,” Simms said. “He had a massive heart attack and passed away today. He was 43 years old”

At the time of death, Viscera weighed over 450 pounds. During his spell with the WWE, the towering grappler became a World Tag Team Champion, one time Hardcore Champion and won the 1995 King Of The Ring tournament.

Nelson also featured in films National Lampoon’s 301: The Legend of Awesomest Maximus  and Animal, where he stared along side fellow wrestlers  Dave Bautista and Rob Van Dam

Several superstars have weighed in their tributes to their former colleague:

I am shocked & so sad. Mabel, Viscera, Big Daddy V (Nelson Frazier) passed away. He was a good friend. He just celebrated his 43Bday

As I hear of the passing of my friend Nelson Frazier aka Viscera/Mabel/Big Daddy V, I’m seeing a montage of really good times. My Man, RIP!

Damn! Just heard the news Big V had passed on. Seriously one great man,always life of the party making others laugh.Will DEF be very missed!

Condolences go out to his family 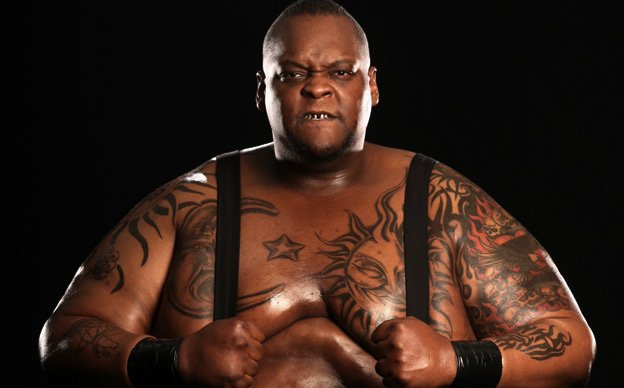