This weekend is filled with fight cards galore and Bellator closed out its event in WinStar World Casino and Resort, Thackerville, Oklahoma, Bellator 210.

The Caveman returns in a brawl

David Rickels came through again with another savage brawl and Unanimous Decision win to boot. He returns to the win column following a lose to Micheal “Venom” Paige at Bellator 200.

Brian “The Pikeman” Moore broke both hands in a losing effort to his opponent.  The fight started well for the Irishman as he landed early and often but soon injury stifled his boxing. The SBG fighter is know for his crisp hands and once they were removed from the equation it proved difficult to mount effective offense.

Saved by the bell 🔔

All the #Bellator210 prelims stream LIVE & FREE around the 🌎on the Bellator app! https://t.co/oztI0JrQVb pic.twitter.com/aK0fx4JNFU

Juan ‘The Spaniard’ Archuleta continued his climb up the Bellator Featherweight ladder with a strong showing against Jeremy Spoon. He displayed explosive striking that blends into his wrestling game to nab himself a decision victory. 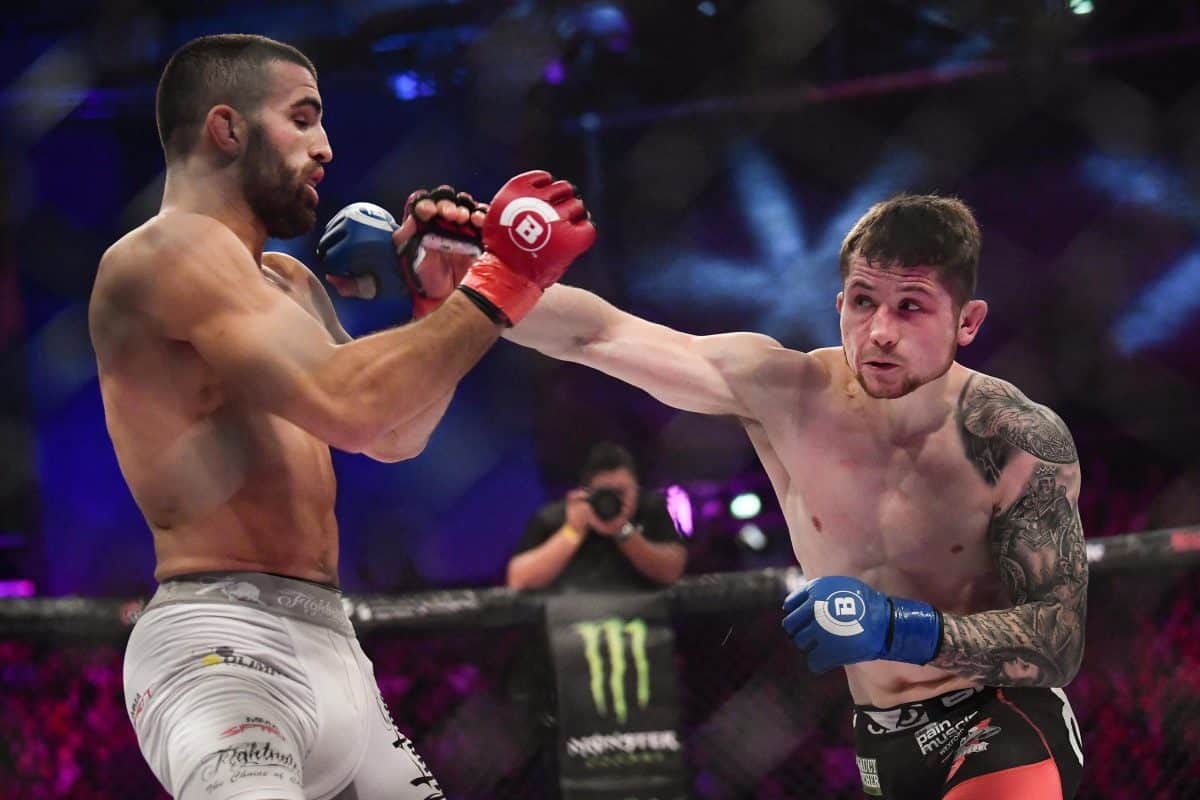