When Bristol Rugby defeated Doncaster over two legs in the Championship playoffs back in May, seven years in the rugby wilderness came to an end.

A little over 16,000 fans turned up to Ashton Gate to see Bristol’s long awaited return to what was so often described as the ‘Promised Land’ and despite losing the match by a mere two points it was enough for an aggregate victory that prompted wild celebrations and a full blown pitch invasion.

A proud rugby city that had once hosted great players such as Augustin Pichot, Felipe Contempomi and Henry Honiball had finally returned to where they belong.

A summer of recruitment ensued with well battled Premiership names such as Jordan Crane, Soane Tonga’uiha and Jon Fisher joining the club alongside a host of lesser known talent.

And so the day came for the west county team’s first game back in the top flight since the shambolic 2008-2009 season where they finished 17 points adrift of their nearest rivals.

They would play Harlequins at Twickenham, the home of rugby, in the traditional London Double-Header, quite a stage for a team that had not tasted top flight rugby for the better part of a decade.

It was a match that Bristol could and probably should have won. It is unlikely that Harlequins will ever again gift so many opportunities to the opposition, with captain Danny Care openly admitting it was the worst game he had ever played for the club and a number of journalists saying that a rating of 1/10 was generous.

Despite facing an indifferent opposition Bristol could not get over that all important finishing line and succumbed to a narrow 21-19 defeat. At the start of the day fans would have snapped someone’s hand off if they had been offered a bonus point but by the end of proceedings there was a growing sense of what might have been, and a feeling of opportunity missed.

In the following weeks Bristol would learn the harsh reality of life with the big boys. In the immediate aftermath of the Quins defeat Bristol realised the importance of being clinical but where was the so called gulf in class between the Premiership and the Championship? Where was the step up in physicality and intensity that so many pundits had talked about?

It arrived within 20 agonising minutes of their opening home fixture against Northampton Saints. The 2013-2014 champions blowing away their shell shocked opponents with an impressive use of their ginormous pack boasting the likes of Louis Picamoles and Dylan Hartley before smartly and efficiently distributing the ball out wide to their equally imposing back-line.

Unfortunately this was a sign of things to come and the following two weeks yielded similar results against title contenders Wasps and Exeter.

Six years ago Exeter made the short trip up the M5 to break Bristol hearts in the Championship play-off final, sending them into the Premiership for the first time their history. They were expected to go straight back down but defied the odds to finish comfortably in eighth position.

Under the management of Rob Baxter the Devon side have become the model that all promoted clubs aspire to follow. In their first season they built their game around a massive pack of forwards, a strong defence and a fly-half in Gareth Steenson who kicked the points when required. It was not flashy and it could even be described as boring but it built the foundation for the title contenders they are today. Each season Baxter has added to his squad, adding dynamism to the back row and a set of outside backs that on their day are capable of carving open any defence.

If Bristol are to succeed in their quest to stay in the division they worked so hard to reach then Andy Robinson and his backroom staff must learn their lesson and follow the example set by their fellow West Country team.

This job has undoubtedly been made harder by the injury to Gavin Henson who has consistently kicked with an 80% success rate since been given the regular kicking duties. Samoan fly-half Tusi Pisi has looked lost without Henson outside him and this is in part due to the lack of depth Bristol possess at inside-centre. American recruit Thretton Palamo looked anything but a Premiership rugby player in his two appearances for Bristol this season and I expect it will be a long time before we see him in a Bristol shirt again.

There have been some bright patches in what can only be described as a bleak opening to the season. The Bristol front five have fronted up well to a number of experienced forward packs, most notably having the upper hand in the scrum during their recent clash with Exeter. They have also developed a strong rolling maul which has perhaps been the team’s most potent attacking weapon.

The acquisition of the former Doncaster centre Will Hurrell has also been a cause for positivity.  Playing his first season in the Premiership he has seamlessly made the step up from the Championship, making his presence felt as a ball carrier, defender and at the breakdown.

However, these positives are often overshadowed by what can only be described as brainless rugby. Bristol’s tactical kicking has never been a strength but for it to become a team’s greatest downfall is almost unforgivable. Pisi is the main culprit for this, time and again sending the ball down the opposition full-backs throats who have no hesitation in running it back, automatically putting Bristol on the back foot. You have to feel for Pisi though who without Henson appears to be the only member of the three-quarters with an ounce of footballing ability and the arrival of Hurricanes utility back Jason Woodward cannot come soon enough.

It is certainly true that Bristol have had a less than easy start to the season facing three teams with play-off credentials and another who on their day can beat anyone and therefore it is not wholly surprising the position they find themselves in.

It is likely that Bristol’s season will be defined by their fixtures with local rivals Gloucester, an improving Worcester team and a Sale outfit struggling to come to terms with the loss of Danny Cipriani. Newcastle who originally looked like a match Bristol must target have shown enough over the opening weekends to suggest they will be anything but an easy proposition.

It has been a bruising start to life back in the Premiership but one that even the most loyal fans must have expected. However, if the forwards can continue to make their presence felt and the kicking game improves by even the smallest amount, there is a chance we could still be watching Bristol in the Premiership next season. 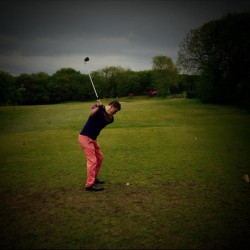