Brooklyn Nets say point guard Kyrie Irving will not play for the team until he is eligible to become “a full participant” under New York City Covid-19 vaccine rules.

Due to New York’s Covid-19 mandate, unvaccinated individuals are prohibited from working in or attending events at many indoor spaces. This includes NBA players, who are not allowed to practice in the city or play home games for either the New York Knicks or Brooklyn Nets unless they have received and have proof of at least one Covid-19 vaccination shot.

In a statement, Brooklyn Nets General Marks said: “Given the evolving nature of the situation and after thorough deliberation, we have decided Kyrie Irving will not play or practice with the team until he is eligible to be a full participant.

“Kyrie has made a personal choice, and we respect his individual right to choose. Currently the choice restricts his ability to be a full-time member of the team, and we will not permit any member of our team to participate with part-time availability.

“It is imperative we continue to build chemistry as a team and remain true to our long-established values of togetherness and sacrifice. Our championship goals for the season have not changed, and to achieve these goals each member of the organisation must pull in the same direction.

“We are excited for the start of the season and look forward to a successful campaign that will make the borough of Brooklyn proud.”

This means that despite the Nets training facility being reclassified as a private office building to allow Irving to practice, he will not be part of any team sessions.

Irving has made clear his desire to avoid getting the vaccine and has thus far been defended in his actions by teammates Kevin Durant and James Harden. That being said, both have reiterated that they want him on the court to start the season, which tips off on October 19 with Brooklyn visiting the reigning champion Milwaukee Bucks live on Sky Sports.

The NBA has not itself mandated that players be vaccinated, but there are strict rules for those who decline it. As it stands, Irving is set to lose around $381,000 per game due to the league and the players association agreeing on a pay reduction equivalent to 1/91.6 of an individual’s salary for each contest missed due to local markets’ vaccine mandates.

More than 95 per cent of NBA players have been vaccinated to date.

Similar rules are in place in San Francisco and will go into effect in Los Angeles as of November 29. Andrew Wiggins, a max contract player for the Golden State Warriors, originally applied for a religious exemption from the vaccine in order to play home games at Chase Center. However, the league rejected his appeal and Wiggins eventually opted to get vaccinated from Covid-19.

Irving is getting some support from conservatives on social media.

On Tuesday, in response to the news, senator Ted Cruz suggested his hometown Houston Rockets could trade for Kyrie Irving: ‘The @HoustonRockets could use a point guard…’

Donald Trump Jr. tweeted that Irving has ‘sacrificed more than [Colin] Kaepernick ever did.’

Kaepernick, a former NFL quarterback, has been out of the league since he protested racism by kneeling during the national anthem throughout the 2016 season.

As for Irving’s sponsors, his relationship with Nike was already frayed since he publicly slammed the release of the Kyrie 8s this summer.

‘I have nothing to do with the design or marketing of the upcoming #Kyrie8,’ he tweeted in July. ‘[In my opinion] these are trash!’

According to Forbes Irving also has a deal with Pepsi.

However, neither brand has commented publicly on Irving’s suspension. 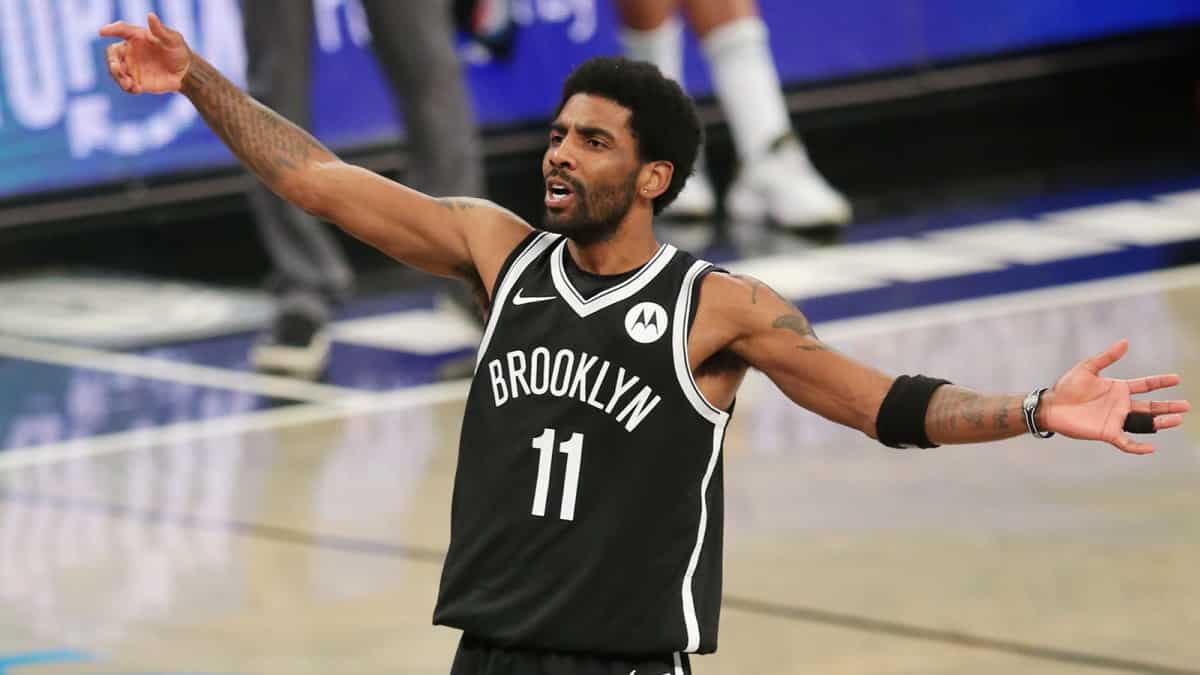