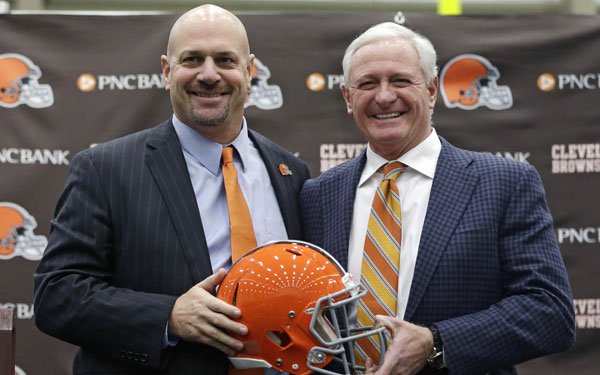 The Cleveland Browns finally have a chance to pick themselves out of the AFC North basement this year. They picked up solid veterans during free agency, and added depth and even a few potential starters through the draft. However, if the Browns truly hope to be successful this season, there are five keys they must follow.

1. Linebacker’s must step up

If you mix these two guys in with Jabaal Sheard, who had a combined 15.5 sacks the previous two seasons, you would expect the Browns to dominate the pass rush.

Unfortunately, that wasn’t the case.

Rookie Barkevious Mingo struggled at times to get past the bigger offensive lineman of the NFL, leaving many to question if he needs to bulk up this season. Newly acquired free agent Paul Kruger seemed to disappear for games at a time, and Sheard went down early in the year with a high ankle sprain.

Between the 3 of them, they tallied only 14.5 sacks all season.

The hopes this year is that rookie Head Coach Mike Pettine can breathe new life into this linebacker core, as he is known for his aggressive defensive style and his hybrid 3-4 scheme. The OLB’s should be one of, if the not the strongest unit of Cleveland’s defense.

If Pettine and new Defensive Coordinator Jim O’Neil can get these guys to produce the way they should, the Browns defense will fare much better this season.

2. DB’s must capitalize on opportunities

If I were to sum up Mike Pettine’s defense into 3 very basic steps, it would look like this:

Basically, the DB’s feed off of the linebackers.

If there is no pressure on the quarterback, then Joe Haden can’t do his job.

However, if Mingo and Kruger force the opposing QB to make a quick, careless decision, Haden and co. must be ready.

The Browns drafted Justin Gilbert out of Oklahoma State University with the no. 8 overall pick in the NFL Draft. In college, Gilbert’s specialty was interceptions, as he tallied 7 picks his final year. Pair him across from Haden, and the Browns should be in good shape this season.

The key to success here is all about capitalizing. If Haden, Gilbert, Whitner, and Gipson can take advantage of the opportunities they are given, expect big things from Cleveland’s defense this year.

Last year, the Browns offensive line ranked 12th in the league, via Profootballfocus.com.

Like usual, Joe Thomas and Alex Mack were the anchors of the unit, and they both earned Pro Bowl bids.

However, if one were to look back on the O-line tape from the 2013 season, they would notice some shaky play from the interior guards and inconsistency from Mitchel Schwartz at Right Tackle.

There were times when the Browns were forced to play Oniel Cousins, who received a -16.3 rating lineman rating from Profootballfocus. (for comparisons sake, Joe Thomas earned a +35.6)At the other guard spot, John Greco left a lot to be desired after having a stellar season in 2012.

As a result of the poor guard play, the Browns signed Paul McQuistan during free agency to a 2 year deal. McQuistan started 14 games for the Seattle Seahawks at both tackle and guard last season, and figures to compete for a starting job for the Browns.

Cleveland bolstered its line even more by selecting Joel Bitonio, a Right Tackle out of Nevada, with the 35th pick overall. Bitonio will probably move to Right Guard in the NFL, and is almost guaranteed a starting spot so long as he can stay healthy.

While these two additions may be the answer to the Guard position, there is still the issue of Right Tackle.

Last year, Mitchell Schwartz had games where he looked like the RT of the future. Unfortunately, he also had games where he looked like a rookie. Schwartz would often get beat off the line by faster and stronger DE’s. When this happened, Jordan Cameron or Gary Barnidge would have to help him block, which took away an offensive weapon for the Browns.

The good news is that towards the end of the season, Schwartz was much more consistent, and it looked like he may have finally figured it out.

Cleveland had a good starting line last year. If they make the necessary improvements this season, they have a chance to be great.

Shannahan runs a west coast style offense that is predicated on a mobile quarterback constantly rolling out and making short quick throws on the move. The success of this scheme will rely on either Manziel or Hoyer being able to consistently hit receivers in stride will minimizing turnovers.

Shannahan is known to utilize his running backs extensively, so when the quarterback has the opportunity to throw, he must capitalize.

Head Coach Mike Pettine said the offense will be run very methodically, and there is an extreme emphasis on smart throws. That means Pettine and Shannahan would much rather have their QB throw the ball away than try to fit it through a tight double coverage window.

Given how thin the Browns are at receiver after losing Pro Bowler Josh Gordon for at least half the season, the play of the QB will need to be elevated even more. No matter who the starting Quarterback is for the Browns this season, they must play smart. If they can do that, the Browns will never find themselves out of a game.

2013 was a poor, poor season for Cleveland RBs.

The Browns used a  running back by committee system, and their leading rusher, Willis McGahee, averaged 2.7 yards per carry and a whopping total of 237 yards.

To put it simply, it was painful to watch the Browns rushing attack.

In order to remedy the situation, the Browns signed free agent Ben Tate to a 2 year deal. Last season, Tate averaged 4.3 yards per carry and a total of 771 yards as a backup, via Espn.go.

Cleveland also drafted Terrance West, a RB from Towson University, in the 3rd round. West is a powerful one cut back who set the FCS record for rushing touchdowns in a season with 43.

In addition to a much improved backfield, the newest addition to the Browns O-Line, Joel Bitonio, specializes in run blocking.

All of these factors undoubtedly have Kyle Shannahan excited.

Cleveland fans should be excited too, as Shannahan has earned the nickname around the league as the “RB Guru.” He has consistently shown the ability to get the most out of any RB on the roster. This was put on display the past two seasons in Washington, where Shannahan’s RB, Alfred Morris, totaled 2888 yards (Profootballfocus).

When you put all these pieces together, it would seem Cleveland is poised to have a much improved running game this upcoming season. If Shannahan can work his magic, the Browns will be able to compete against any opponent.

Cleveland truly has the potential to compete for a wild card spot this year. If the Browns can follow these 5 keys to success, expect big changes in the AFC North. Clevelanders may finally have a team they can brag about. 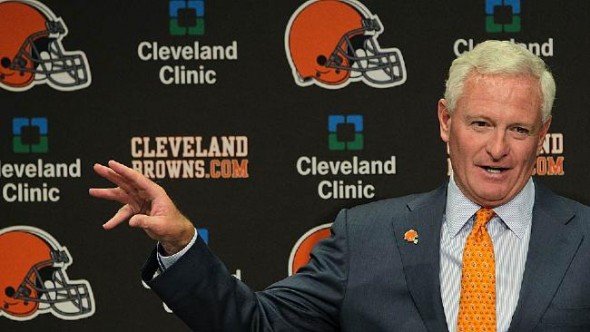