Racing fans were left open mouthed at Newbury as Kingman propelled clear of a superb field in the Greenham Stakes in April and some left the Berkshire venue likening John Gosden’s unbeaten colt to the mighty Frankel, who won the same race three years en route to domination of the sport, but can the three-year-old reach the same dizzy heights as that equine phenomenon?

Too often in sport, names are drafted into the world class category and often they flatter to deceive on the big stage, but the manner in which Gosden’s runner produced a scintillating turn of foot suggests that he could be destined for greatness, but all will be revealed on Saturday afternoon when he lines up in the 2000 Guineas at Newmarket…

Donning the same silks as the mighty Frankel for owner Khalid ibn Abdullah, it was inevitable that a parallel would be made to the Sir Henry Cecil-trained superstar, but Prince Khalid Abdulla can dream of owning another name who can venture out of racing circles and launch into the public eye, however, there’s a long way to go before Kingman can be uttered in the same breath as the Warren Place wonder colt from yesteryear.

Gosden often keeps his cards close to his chest regarding the potential of his stable stars, but he did allude to the fact at the Guineas lunch that if Kingman were to land the first classic of the season, which he is currently the 5/4 favourite for, he could start to dream of trying to land all the premier one-mile prizes in the calendar.

A plethora of exciting three-year-olds will lock horns with Kingman on Saturday afternoon and if the ante-post betting were anything to go by in the winter months then it was Aidan O’Brien’s Australia who was destined for Classic glory, as he was continually backed to land the Group One prize and he will make his seasonal reappearance.

Already a red-hot favourite for the Epsom Derby in June, the attractively bred Ballydoyle colt out of Galileo and Ouija Board has the breeding to be a superstar of the turf himself and Flat aficionados are licking the lips at the thought of these two heavyweights locking horns with only one coming out on top after a gruelling eight furlongs.

Whilst Gosden has been rather coy about Kingman’s potential, O’Brien has been uncharacteristically vocal about his adoration for Australia, who he has referred to as one of the best horses he has ever trained, and the legendary Irish handler has certainly had some first class firepower emerge from his yard.

Last year there was excitement over the duel between Dawn Approach and Toronado, with the latter fluffing his lines on the big stage, but there’s a sense of higher anticipation about this year’s renewal and it’s down to the two exciting talents of Kingman and Australia locking horns and if one of them is victorious, in a race that certainly doesn’t lack depth, then they are sure to storm into another stratosphere amongst flat racing fans and be on the road to greatness.

Following Frankel’s retirement in 2012, perhaps it’s time for another superstar to light up the ‘sport of kings’. 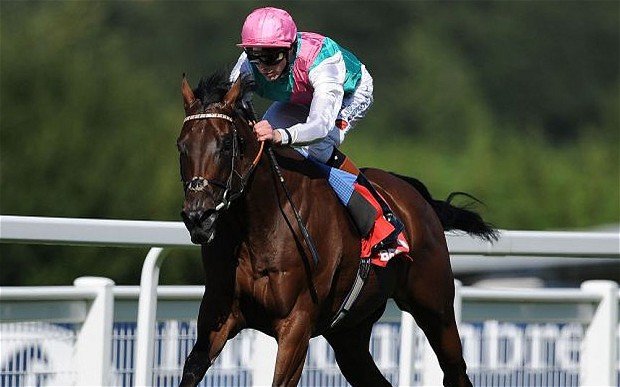