The Los Angeles Clippers have had a peculiar season, but, although every night it appeared someone was out for injury or load management, they stand second in the west. If the Clippers won the title this season, it would involve several significant consequences. Kawhi would be undisputedly regarded as the best in the NBA, becoming the only player in history to win Finals MVP on three different teams; this would damage Lebron’s legacy, as he would strike out on perhaps his last chance at an NBA title. The Clippers’ victory would also influence Giannis’s free agency decision, both the Lakers and Bucks would have to make considerable changes to appease their star players.

Kawhi Leonard – Can he do it again?

In my opinion, Kawhi Leonard is the best player in the league: he plays at an elite level on both ends of the floor, there is never any doubt he can come up clutch. The Claw has improved tremendously in his passing ability this season. He’s had a 40% increase in his assists per game and has visibly developed his vision. Kawhi’s defense has been excellent as always, but I believe it has been a touch better than last year. This season’s storyline for him has been load management. I find it to be a smart strategy because I believe Kawhi can not play 82 games and the playoffs without getting hurt. This approach will also prolong his career by a meaningful amount. I think if he played all 82 games or close to it since his Raptor’s days, he would retire by 34. Instead, with load management, his career can last a lot longer, he will additionally be healthy to be able to perform in the playoffs, as witnessed last year.

I think PG’s season went under the radar everybody was focusing on the games he missed, but nobody noticed that in the ones he played, he was quite impressive.

He’s not playing as well as the last season, but that is a very high bar to clear, he surely wasn’t bad, though. George has been shooting a scintillating 40% behind the arc on almost eight three-point attempts per contest. PG’s been as efficient as last year and improved in his shots at the basket. His defense hasn’t been as remarkable as his previous season, but it certainly has not been shabby at all, posting a 105 defensive rating, and 1.3 steals a game. The fact that both Clippers’ stars can defend at an extremely high level will benefit the team enormously in the playoffs, where defense plays a more crucial role than in the regular season.

One thing that makes me confident that the Clippers can win the title is that their second option has proven that he can perform in high stakes situations in the playoffs.

I’m going to start speaking about their most recent acquisition: Marcus Morris. Morris has had the best season of his career, shooting an outstanding percentage from behind the arc and a career-high 17 points per game. Although he is not the most impactful player on the roster, as long as he doesn’t take too many shots away from Kawhi and PG, he can be a very good three and D wing, of which you can never have too many.

The next player is Patrick Beverley. He is the enforcer on this team, the heart of this team. The energy he brings every night is incredible. He isn’t a bad player, though, he is one of the best perimeter defenders in the NBA, presenting problems even to the best of NBA superstars. Beverley is also an unbelievable rebounder for a 6-1 guard. He collects those boards because of his determination, not because of his height or his athleticism. That is what makes him special and unique, an average size man who succeeds in the NBA, not because of athletic gifts, but because of his hard work, his will, and his grit.

The last player I wanted to mention in the starting lineup is Zubac. I think if he played on any other team, he would play almost double the minutes he is getting with the Clippers. I don’t think they should play him more minutes, because Harrell is an incredible player and deserves the minutes he is getting, but if given the opportunity, I believe he would thrive playing more time.

He possesses the three skills you want a center to have: rebounding, defending the paint, and finishing near the rim. His advanced stats show his prowess in these three fundamental aspects of his game, that is why I believe he would receive more playing time on other teams. 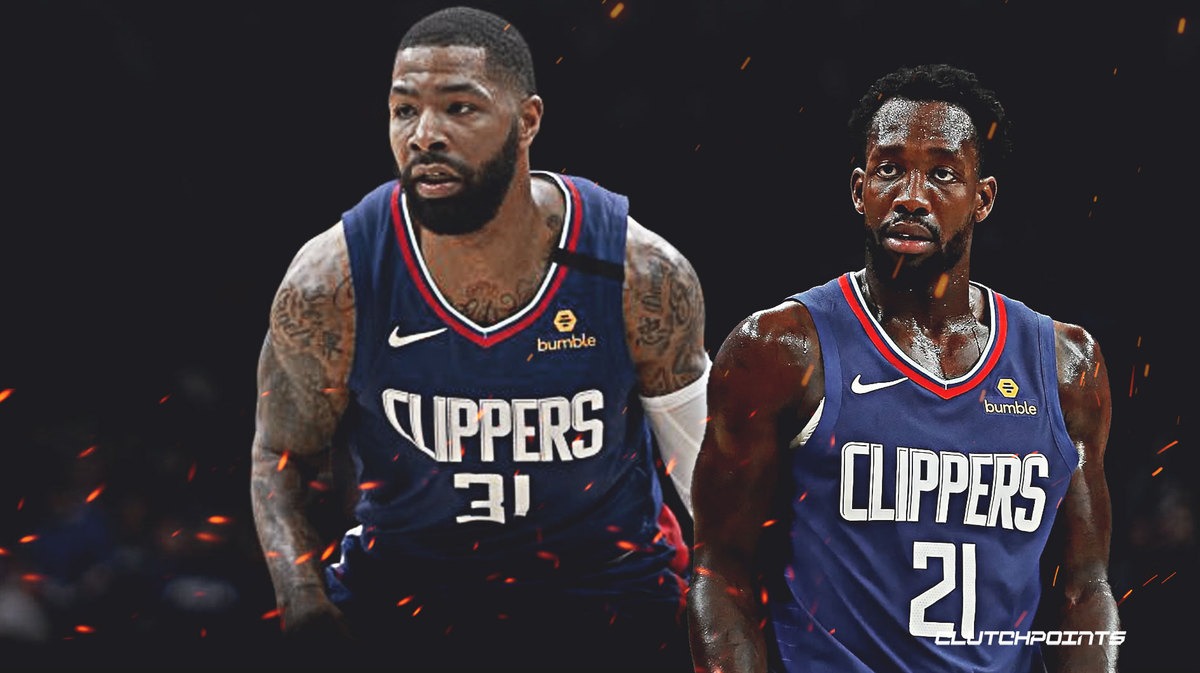 The amazing Clippers’ supporting cast – Their depth is the reason they’ll win.

Usually, I wouldn’t spend much time on a team’s supporting cast, but this team has so many interesting pieces that I have to.

Lou Williams – The definition of a professional scorer

Sweet-Lou has amazed fans the past few seasons with his game-winners, his acrobatic glides, his dazzling handles. It isn’t only the highlight plays that are part of Lou’s game. He has an outstanding mid-range ability and a knack for getting to the free-throw line. He’s regressed a bit this season, but that is reasonable in year 15 of his career, though he is still one of the best scorers in the NBA with 19 points per game on league-average efficiency; however, it has to be said he does take a lot of tough shots. 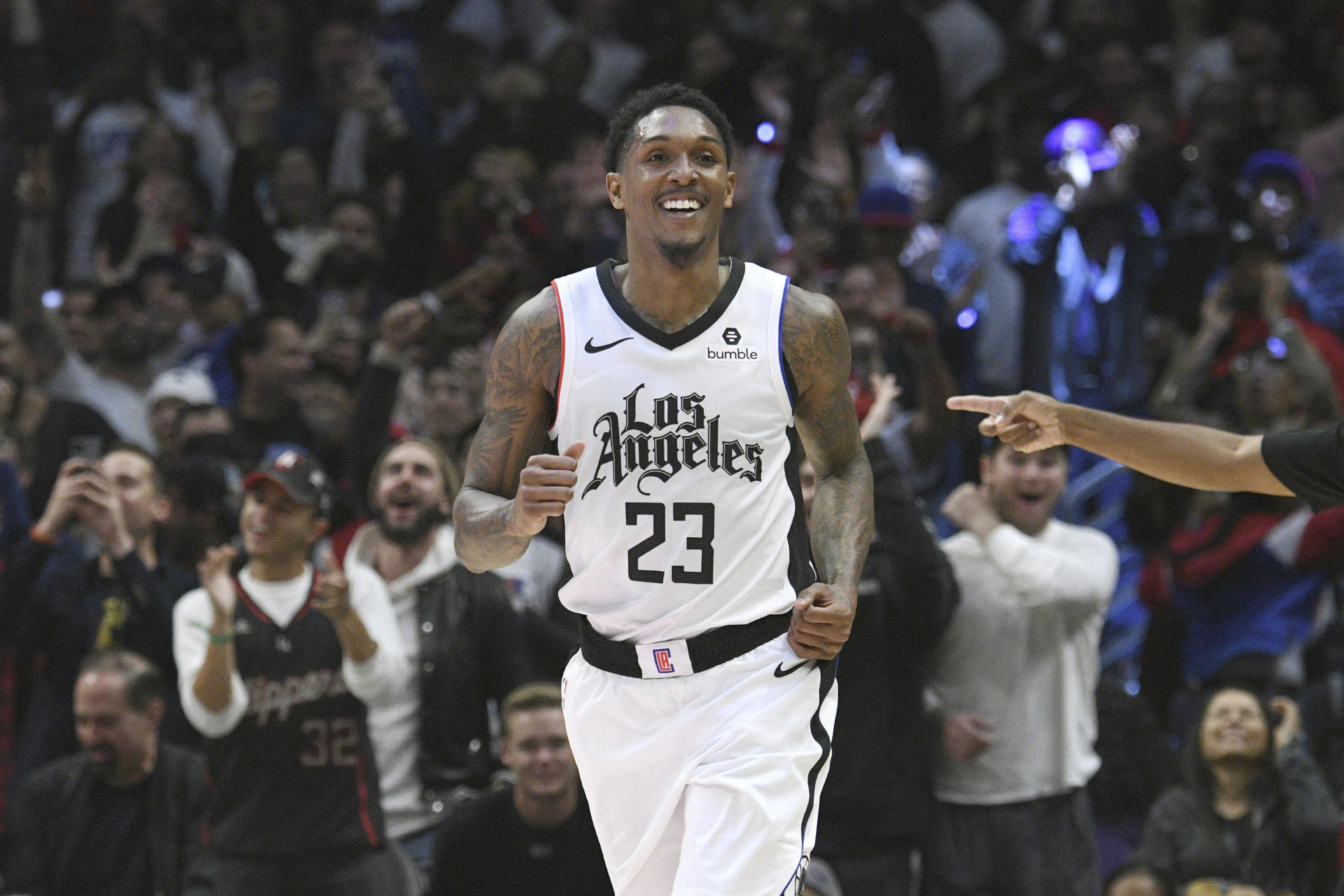 I honestly don’t believe Harrell deserves this award, but you can make an extremely valid argument that he should. He has been excellent this year, slightly less efficient, but on more attempts than last season. Montrezl has scored about the same amount of points per game as his partner in crime in Lou Williams. He has been a monster in the paint, where he’s converted his shots at a 71% clip. His offensive performances throughout the year have lead to a 119 offensive rating, which is excellent, even better than Kawhi’s.

The Lou Williams-Montrezl Harrell pick-n-roll continues to terrorize the league’s defenses, the fact that the Clippers have two of the top 5 bench players in the league should frighten any team.

Shamet is a player I admire for his shooting ability and potential to be something more than just a shooter, although he is already elite in this regard.

Last playoffs, he showed he could hit big shots when it counted. This season Shamet has been a bit underwhelming in his shooting. He wasn’t bad as he made 39% of his threes. I expected him to convert from 45 to 50% of his three-point attempts because of all the open looks Kawhi and PG’s gravity would offer him, but load management didn’t give him the chance to play many minutes with the team’s two superstars. I still think he has the potential to become more than a spot-up shooter, but even if he doesn’t become more than a shooter, he remains an incredible one.

In the nine games played as a Clipper, Jackson was a very proficient scorer, scoring 10 points per game on excellent efficiency. I think he was a smart acquisition, but when he played, Lou Williams was less involved and getting fewer touches, this worries me a bit because I find Sweet Lou to be much more reliable in the playoffs than Jackson. If Reggie continues holding the ball more than Williams, it could threaten to worsen the bench unit’s performance. Doc Rivers is the coach, which reassures me since he has championship experience and knows how to handle these kinds of situations. 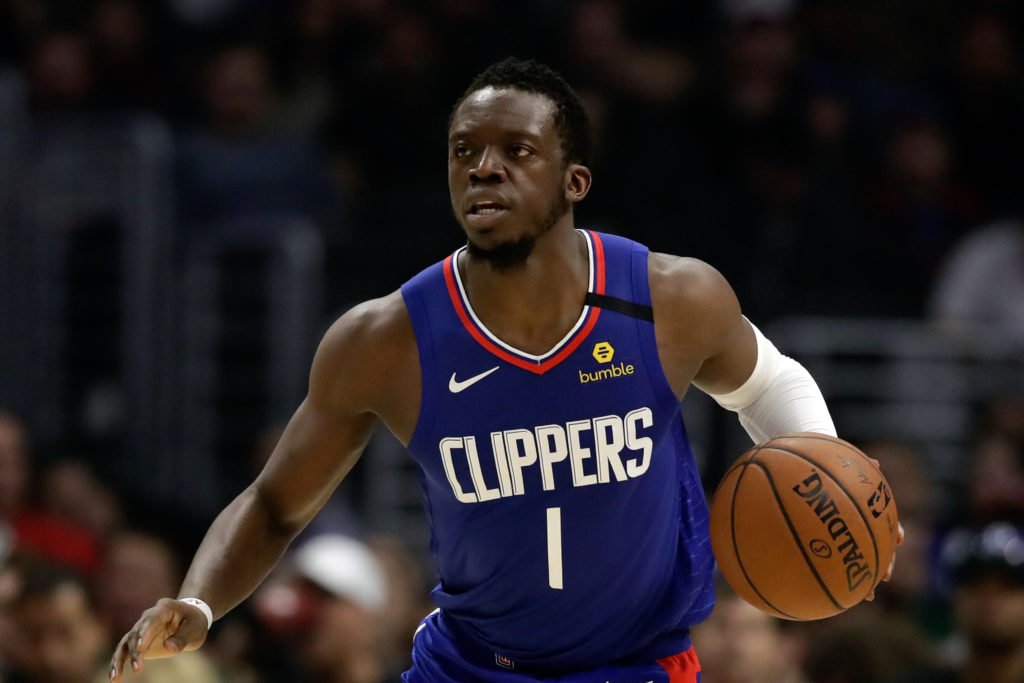 In my opinion, the Clippers are the favorites to win the NBA title and finally end the misery and the title of the Lakers little brother. They have star power depth and proven playoff performers, their defense is incredible, that is why I believe they will overcome the Lakers and the Bucks and claim the title of NBA champions. 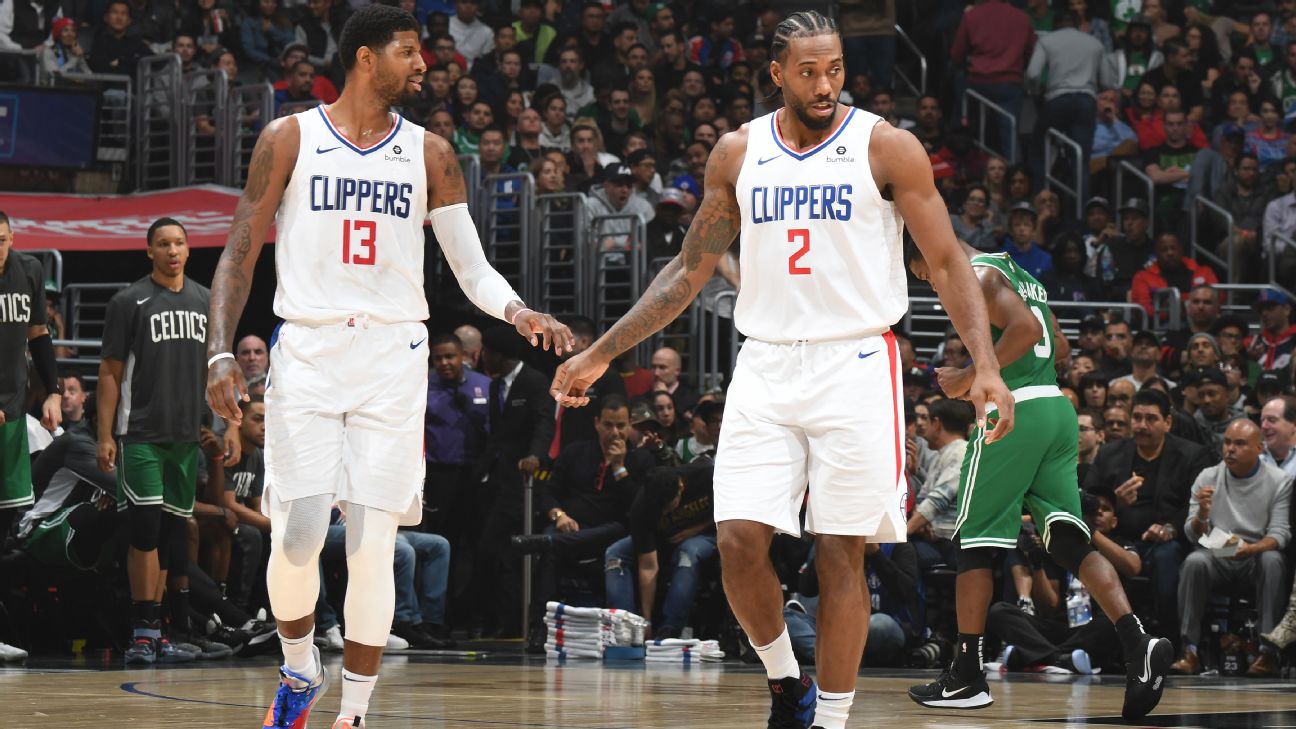