Everyone talks about Chicago, Los Angeles, Houston and New York for destinations for Mr. Anthony. How about the Washington Wizards? Arguably the best backcourt in the league, imagine what they would look like with Carmelo.

Of all the teams mentioned for Melo, Bulls, Lakers, and Rockets, no team offers a potential championship contender like the Wizards. If you haven’t seen today’s game in which they dominated the Indiana Pacers, the Washington Wizards look like they will be the next team to beat in the East for years to come.

The Washington Wizards would probably have to sacrifice Gortat, who is poised to be a free agent next year. Nonetheless, it’s a sacrifice worth to make for the services of Carmelo Anthony.

Melo would thrive with the Wizards. They are one of the most complete teams in the NBA. With a young backcourt of Beal and Wall, they could possibly  win not one, not two but maybe even three championships.

If Melo is serious about winning a championship, Melo should consider moving from the Big Apple to the nation’s capital. 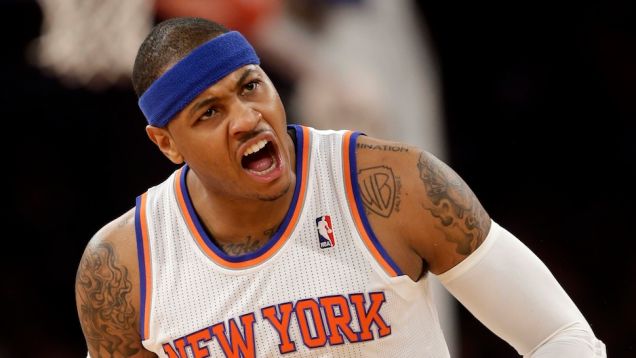