The Champions League draw took place in Nyon, Switzerland this morning and it didn’t disappoint. First legs will be played on February 17/18 with the return legs on February 24/25. The draw in full is as follows:

PSG V Chelsea – Jose Mourinho’s men will travel to Paris for the first leg after being drawn against the French Champions. David Luiz will surely be out to prove his point having moved from Chelsea to PSG in the summer. The Blues will be looking to do what they couldn’t do last year when they were comfortably beaten in Paris 3-1 although they did still qualify on away goals after a 3-3 aggregate result.

Man City v Barcelona – Manchester City will again face Barcelona in the Champions League Round of 16 looking to avenge last years two defeats that they suffered. Manchester City qualified for the knockout stage after they won a must win game in Roma, a real show of character by Pellegrini’s boys. It is thought that Sergio Aguero will be fit for the first leg and a big showdown with his International colleague Lionel Messi.

Barcelona finished top of their group thanks to a dazzling performance from their 3 man strike force, Lionel Messi, Neymar and Luis Suarez with all 3 scoring in their 3-1 win against PSG. They will face a tough task as they travel to Manchester for the first leg but with Luis Suarez looking to prove he still has it on the Premier League stage Manchester City will find it hard to contain Barca’s attacking ability.

Bayer Leverkusen v Atheltico Madrid – Bayer Leverkusen have been drawn against last years finalists in a tricky tie for them. They do come into this tie with a strike force that is just beginning to find their feet in the Champions League with Hyeung-Min Son, Stefan Kiessling and Hakan Çalhanoğlu all netting in the competition recently.

For the Spanish side, on paper they must be reasonably happy with the draw with potentially trickier ties out there but they must still be on guard given Leverkusen’s attacking intent. They won their group scoring 14 goals and only conceding 3 in the process. With Mario Mandzukic they look very dangerous and in Koke they are dangerous as he has the highest amount of assists out of anyone in the competition.

Juvenus v Dortmund – The old lady qualified after their class eventually told in a potentially tricky group that contained Atletico Madrid, Olympiacos and Malmo. They will need a big performance from their key players when they take on Dortmund in Turin in mid-February as they are facing the side that have created the most attacking opportunities of any club so far in this seasons Champions League.

Dortmund are teetering on the edge of a major crisis. The only shining light for them has been their Champions League performances. They qualified for the knock out stages with 2 games to spare although many will question where their thoughts will be given their woeful League position. Dortmund Chairman, Hans Joachim Watzke said “The Winter break couldn’t have come at a better time. It gives us an opportunity to focus on what is going wrong in the league whilst also preparing for the Juventus tie”.

Schalke v Real Madrid – The one time the German club did not want. This time last year Real Madrid brought the Gelsenkirchen outfit to their knees as the humbled the 6-1 in the Veltins Arena. The tie eventually ended 9-2 on aggregate. Schalke come into this tie under new leadership with Roberto Di Matteo keen to show that he and his team can cut it with Europe’s elite. They qualified out of a tricky group thanks to a late winner from Max Mayer as they beat Maribor 1-0.

For Real Madrid, they will fear no one and should progress from this tie given that they have won 20 games in a row so far this season. They won all six of their qualification games making teams look ordinary. With Ronaldo, Bale and Benzema they have one of the most feared front lines in Europe. Their defence is also very strong as they conceded just two goals in the group stage.

Shaktar Donetsk v Bayern Munich – Shaktar Donetsk have been drawn against one of the best teams in Europe in Bayern Munich. The Ukrainian outfit still have the attacking ability to compete with Munich as they have the top goalscorer in the competition in their ranks in Luis Adriano. Whether they will be able to deal with the Germans’ attacking ability and the fact that the first leg is in Kiev and not Donetsk remains to be seen.

For Pep Guardiola he will be looking for a strong showing from his men in the first leg in Ukraine as they look to progress at the expense of a team that they have never faced before. They pretty much cruised through their group winning 5 games and only losing 1 where they lost 3-2 at Manchester City after they were reduced to 10 men. Guardiola will be looking for his Bavarian outfit to continue their momentum from the group stage and qualify through this tie.

Arsenal v Monaco – Arsenal have somewhat ‘got away with it’. Statistically they have drawn the easiest possible tie for a team that finished second in a group. They have qualified for the last 16 for the 15th straight year by finishing runners-up to Borussia Dortmund. Wenger will feel very positive about his return to France.

Basel v Porto – The Swiss Champions will face FC Porto in a game that both sides will think they have a realistic chance of qualifying through. Basel ensured qualification through their group by travelling to Anfield and avoiding defeat against Liverpool by securing a 1-1 draw. In Marco Streller and Florian Frei they have the potential to score goals on the counter attack and they pose a real threat to Porto.

For Porto they won their group that included Athletic Club, Shaktar Donetsk and Bate Borisov. With Jackson Martinez and Hector Herrera they have the ability to score and they will fancy their chances of progressing but they will have to be wary of the ability of Basel and try to gain a positive result when they travel to St Jakob Park. 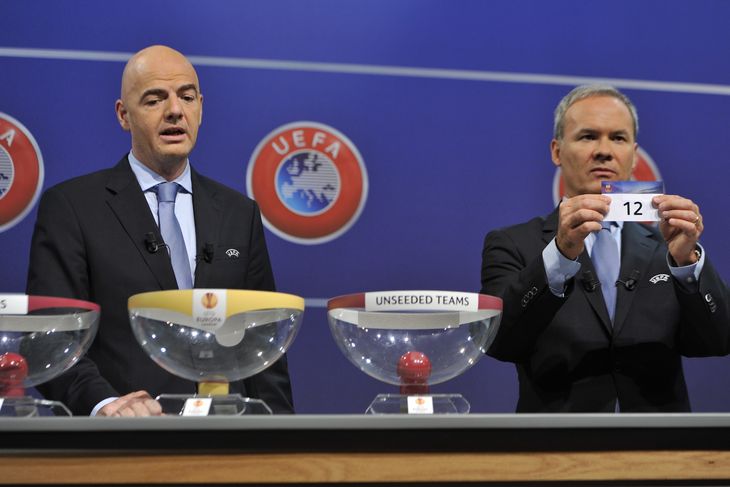