After second leg games that were played during the week we found out all the clubs that proceeded in Champions League and Europa League quarter finals.

For Europa League last eight clubs are: AZ Alkmaar, Benfica, Lyon, Sevilla, Basel, Juventus, Porto and Valencia.  Nobody expects Alkmaar and Basel in quarter finals, so they will probably be most wanted teams to pick from in this draw.

On other hand Juventus and maybe Sevilla are teams that everyone want to avoid and who knows maybe we will see O Clássico (Benfica vs. Porto) in the next round.

Most Champions League quarter finalist come from Spain 3 (Barcelona, Real Madrid and Atletico Madrid),  2 clubs are from England (Chelsea, Manchester United) and Germany (Bayern Munich and Borussia Dortmund) and we got 1 club from France (Paris Saint-Germain).

Barcelona vs. Atletico Madrid is probably the hardest game in quarter finals; we don’t want to say that the rest of the games are easy.

Except for battle to get into semi-finals Barcelona and Atletico (with Real Madrid) are battling for first place in Liga BBVA.

Real and Borussia Dortumund will be going head to head in the Champions League for three consecutive season. First in  2012 they were in same group, first game at Dortmund Borussia who won 2-1 and second in Madrid where it was 2-2.

Last season these two clubs meet in Champions league semi-final, the first game was played in Dortmund and we saw an amazing performance from Robert Lewandowski who scored 4 goals for his team in a 4-1 win.

In the second leg Real tried everything and they were so close, only one goal short from advancing to the final. They scored two late goals (82’ Karim Benzema and 88’ Sergio Ramos) but didn’t have strength (luck) to score another one.

Paris Saint-Germain and Chelsea don’t have a long history, maybe the only things that can compare these two clubs is wealth of their owners.

Last meeting between these two clubs was in 2004, when they get “stuck” in same Champions’ League group. First game in Paris Chelsea won 3-0, while second game in London ended 0-0.

If Sir. Alex Ferguson is on the bench or if Manchester United shows at least some of their displays from last year we could say this would be a top game.

But since United is playing more cold than hot and Bayern is dominating, it is hard to believe that United can do anything big in this game.

United fans will remember that historical Champions league finals of 1999 and United win 2-1 and they will be hoping for one more miracle.

In recent history these two clubs have met in quarter-finals four years ago. In Munich, Bayern beat them with 2-1 with winner from Ivica Olic, The second leg we saw Manchester win 3-2 and due to better goal difference, Bayern advanced to the semi-finals.

Benfica knocked out Tottenham from Europa League. They surprised everyone in first game when they beat Tottenham at White Hart lane with 3-1 victory. In second leg a quick goal from Garay secured Benfica’s spot in the quarter-finals.

Juventus is top of the Serie A and are cruising to another league title, on other hand Lyon is struggling in Ligue 1. They are now 5th place with three points away from reaching the Europa League spot for next season.

Nobody expect Basel to come this far, but yet they are here and they are hoping to surprise Valencia.

History between these two clubs is thin, in 2002 these two clubs meet in group stage of Champions League. In the first game Valencia crushed Basel with big 6-2 win, next game in Basel ended 2-2 with late equalizer from Ivan Ergic.

Porto vs. Sevilla is probably most interesting game in Europa League quarter-finals. In 2011 also in the Europa League these two clubs clashed in the knockout round.

Sevilla played the first leg at home and lost 2-1, at Dragao Sevilla beat Porto 1-0 but due to the two goals they conceeded in first game Porto advance to next phase. 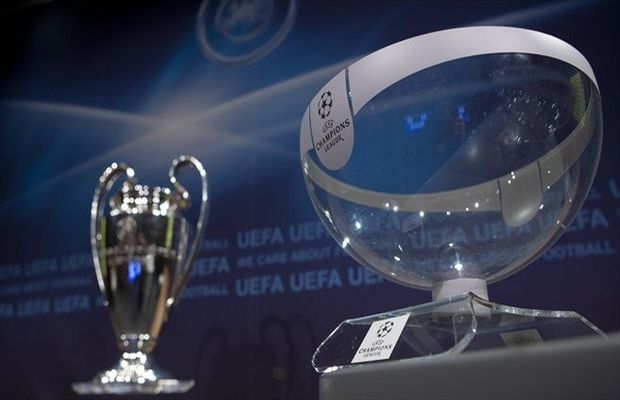