Mahendra Singh Dhoni can lay claim to being one of India’s finest limited-overs captains. He has won every ODI trophy available with the World Cup, the Champions trophy and the World T20 titles all under his belt at various points in his career.

The fact that he can also lay claim to being one of India’s worst Test captains highlights the problems that India have faced in the longest form of the game.

The upcoming Indian tour of England is India’s first test tour to England since 2011. The test series in 2011 comprised four tests and resulted in four defeats for the Indians.

The series led to the culmination of the careers of Rahul Dravid and VVS Laxman and ushered in a new era in Indian Test cricket. This new era however failed to improve results as far as Test cricket was concerned and India were again whitewashed 4-0 by Australia on their tour down under.

All in all, India’s run of Tests on foreign soil without a win currently stands at 14.

The time then seems right to bring a halt to this barren run. In the shape of this current English team, India faces an opponent already on the ropes and ripe for a knockout punch.

The Sri Lankans showed in their recent visit that there is a shortage of confidence among the England ranks and if MS Dhoni and co can figure out how to manipulate this to their advantage then India faces the possibility of a very successful tour.

The key factor in this series is going to be the two bowling line-ups. While England can field the likes of Anderson, Broad, Plunkett and Stokes, India’s line up of  Bhuvneshwar Kumar, Mohammed Shami, Ishant Sharma and Varun Aaron certainly looks weaker on paper.

In fact Ishant is the only one to have ever played in England before and the onus is on him to lead the Indian bowling line to some strong results.

India’s younger bowlers will also be looking to impress to cement a spot in the team and there is certainly potential in Shami, Kumar and Aaron to spring a surprise on the opposition.

India’s batsmen also face a big test of their techniques and temperament and the batting line-up certainly looks strong on paper. The talented Virat Kohli will be expected to score some big runs whereas Shikhar Dhawan will be looking to emulate his champions trophy form from last year.

The pressure is also on returning veteran Gautham Gambhir to score some runs and regain his place back in the team. The likes of Chetheshwar Pujara, Murali Vijay and MS Dhoni will be expected to provide some middle/lower order stability and have the ability to score some quick runs if the situation so demands.

The one area India would expect to have an upper hand on England is that of the spin department. England can currently only name Moeen Ali as a frontline spinner who, while being handy, can’t claim to compete with other frontline spinners around the world.

India will in all likelihood field Ravichandran Ashwin or Ravindra Jadeja both of whom will add variety to the attack as well as providing genuine wicket taking options.

The main factor in deciding this series India’s way would be MS Dhoni’s captaincy. Dhoni has proven himsef to be a defensive captain on many occasions, occasions which have let promising positions in matches slip away.

Dhoni needs to find it within himself to attack the opposition and look to make things happen rather than waiting for them to happen. He needs to back his bowlers to get him 20 wickets in a match and the only way this can be done is by giving them attacking fields and keep them in the game.

The series promises to be one of the best in recent memory and some tight clashes should ensue. The mouth-watering encounter begins on the 9th of July. 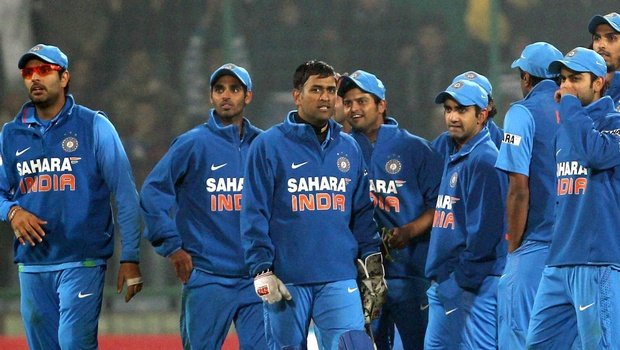