Sunday seemed like just another day at the office for Aaron Rodgers. Completing nearly 80% of his passes and tossing 3 touchdowns in a season saving 38-10 win over the mighty Seahawks, Rodgers seemed like his normal self to those who did not watch the game. During the game however, it was a different story, as Rodgers was hobbling from start to finish due to a hamstring injury. He battled through and didn’t let it deter him or his team.

Aaron Rodgers, out of any quarterback in the NFL, has the widest spectrum of beliefs about him. Everyone recalls his breakout in 2008 when many viewed him as the next great Packers quarterback, followed up by a Super Bowl in 2010 that seemed to be the start of a dynasty. Since then however, Rodgers has struggled in the eyes of the media.

Earlier this year, many were writing off Rodgers, saying he has lost skill and lacks any sort of leadership. While its fair to criticize Rodgers and company when they lost four games in a row, the generalization that he has lost talent is wildly untrue. Even when the Packers were 4-6, Rodgers still had thrown 25 touchdown passes to 7 interceptions, a pretty solid stat line for a quarterback.

Aaron Rodgers, more than any other quarterback, has the weight of his team’s success on his shoulders. When the Packers were losing games, it was Rodgers lack of leadership that was deterring them, not the lack of running game or suspect defense. Far too many people begrudge Rodgers and his achievements due to his lone Super Bowl victory, which is also extremely unfair to Rodgers. Much of this led to speculation of his private life, with sports analysts drawing up narratives without the complete story.

Rodgers rifles a touchdown, still throwing off his backfoot with great accuracy.

To win a Super Bowl, it takes a great team to get there. The Packers have not really had that since their championship run, often times making the playoffs based off of Rodgers peak offensive performance and a fairly weak division. It’s still a huge achievement to make the playoffs seven years in a row, but the Packers have never had that great of a team around Rodgers.

In my opinion, Aaron Rodgers has proven himself to be the best quarterback of this era. Many cry foul at the thought of that, but Rodgers really has done more with less than anyone else in the NFL. He’s been incredibly clutch, evading pass rushes and tossing game winning touchdowns throughout his career. Watching Rodgers throw two Hail Marry passes in one year was truly a sight to see, especially considering the lack of talent around him in 2015.

Whether its limping on one leg or playing with back-up players, Rodgers has been great day in and day out over his career in Green Bay. Instead of gripping over what he has not done, let’s just take a step back and appreciate all the the great achievements he has had in the NFL. 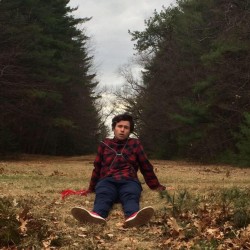 has updated a post."European Football Round-up"
22 hours ago

has published a new post."European Football Round-up"
22 hours ago