Don’t look now, but the Cleveland Browns are 6-3 and on top of the AFC North. An average fan may look at  this roster and have no idea who most of the players on the field are.

The Cleveland Browns wide receiving core was expected to make little to no impact this season with pro bowl receiver Josh Gordon facing an 11 week suspension. Andrew Hawkins has been the most impressive out of the Browns receivers, he is tied with Reggie Wayne for 34 in the NFL in receiving yards this season with 504 yards on the season. He may even be higher if he wasn’t hurt in the Thursday night win against division rival Cincinnati Bengals.

Another receiver who has stood out this season is rookie, Taylor Gabriel. Gabriel has 24 receptions this year with a total 435 yards. This puts him only behind DeSean Jackson, and Malcom Floyd for the third highest yards per reception in the NFL with 18.1 yards per catch. Gabriel has been a nice target for quarterback Brian Hoyer so far this season.

Next up is Miles Austin. He has the third most receiving yards on the team with a total of 387 yards. He has also been sure handed only dropping one ball this season. He also has two touchdowns on the season.

Overall during the first part of the season the wide receivers are surpassing expectations. Another bright spot for the Browns offense this season is the three-headed monster they have at the running back position. Ben Tate, Terrance West, and Isaiah Crowell.

Isaiah Crowell has really stood out the most to me out of all Cleveland’s running backs this season. “The Crow” as we like to call him here in Cleveland has really turned heads. Although he is only averaging 33 yards per game, he really has a nose for the end zone.He has found the end zone a total of five times. This is tied for eighth in the NFL.

Now there has to be somebody who is either throwing to these receivers, or handing the ball off to these backs. And who is the man doing this? None other than Cleveland’s own, Brian Hoyer. Brian is 9-3 as a Browns starter, and he’s  led this Browns team to their first division lead since 1995.

Hoyer has been great this season. Throwing for 2212 yards with ten touchdowns compared to only four interceptions.So far this season Hoyer has a QBR of 90.4. He has also proved himself to be captain clutch during his short time with the Browns. Out of his 12 starts, Brian has led three game winning drives late in the fourth quarter.

Moving to the defensive end, TaShaun Gipson has been having an all-pro season. He leads not only the team interceptions, he leads the whole NFL in interceptions with six. He has taken one of those six interceptions back for a 62 yard touchdown. He also has a total of  158 yards after the interception. Gipson is a great young ball hawk for this Cleveland Browns team, and he has been one of the bright spots on this defense.

Now you may be asking yourself how is this an underdog story?

As I said before, the definition of an underdog is a competitor who thought to have little chance to win a fight or contest. And what do all the players I have mentioned have in common?

They were all undrafted coming into the NFL. They had to fight the battle of making it in the league, many thought they couldn’t make it. This Browns team is made up of underdogs who just needed a chance. When they got their chance they have shined, and the team is the same way. Who would have thought over half way through the season the Cleveland Browns would be in front of arguably the toughest division in the league. The have fought to get where they are, and there is no stopping now. 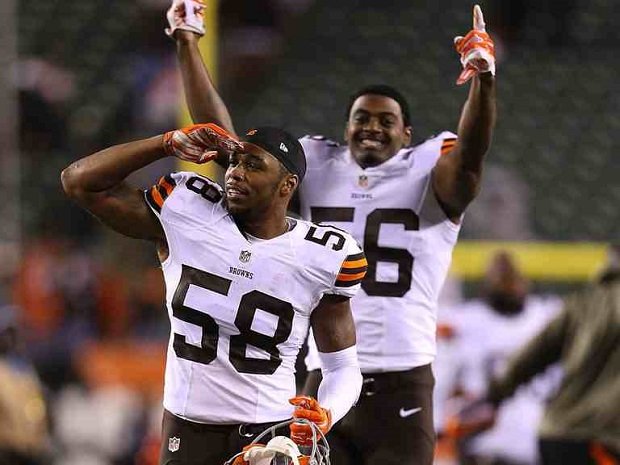