Rumours are circulating around the wrestling world that superstar CM Punk is ready to quit the WWE. CM Punk, real name Phillip Brooks has been withdrawn from all WWE’s upcoming events and advertisements. On Monday, he tweeted on his Twitter account –  “Thanks for all the support. Keep being you guys, it’s pretty cool.”

The longest reigning WWE Champion of the modern era was omitted from Raw this past week and missed his scheduled appearance on Smackdown in Toledo, Ohio. The 35 year old has had several run ins with Chairman Vince McMahon in the past and is said to be unhappy with his role and the direction the company is taking.

The Royal Rumble last week kickstarted the build up to Wrestlemania, the biggest stage in wrestling today. Punk’s current contract is said to expire in July and reports suggested a possible match between himself and the 13 time World Champion, Triple H.

Dave Meltzer, a reporter of the Wrestling Radio Observer said:

“He did it right before Raw started. I guess the deal is he told Vince McMahon that he was going home and he went home. And they were not expecting that to happen. People had certainly expected that he was going to leave in July. They could see that it was coming, he was getting burned out, the signs were there. I had heard about it for quite a while that he was theoretically going to leave in July, but I always take that with a grain of salt because you know how many guys say ‘I’m retiring’ in pro wrestling and then when the day comes they don’t. It’s hard to walk away because there’s so much money.

“The thing with him is he’s very different from a lot of the guys in the sense that he saved his money, which is a big thing, and he didn’t need them, in his mind. I think that most of these guys… because a lot of these guys are frustrated, not all of them but a lot of them, but at the end of the day they don’t complain and they’re afraid to say anything. I don’t want to say he’s not afraid to say anything but he spoke his mind more than anyone else and he didn’t have a fear of being fired because if he’s fired, what’s going to happen? He’s going to have more free time and he’s going to be able to rest up his injuries, and he doesn’t have that financial concern.

“So Punk allegedly walked out & quit WWE. Interesting. It’s impossible 2 understand the toll that job can have on you-unless you’ve lived it.”

“A “screw you” from Punk? NO. Punk’s gotta prioritize his own sanity & health. Sometimes WWE isn’t conducive to those two things.”

“From my experience- When you’re in constant physical pain, frustrated the majority of the time, & resent what u love, things have to change.”

CM Punk is without doubt one of the WWE’s biggest stars and realistically cannot afford to lose such a personality. The ball lies favourably in CM Punk’s court as financial issues are said not to be a concern and given his now global reputation, should he leave the WWE im sure he wont be short of any suitors. 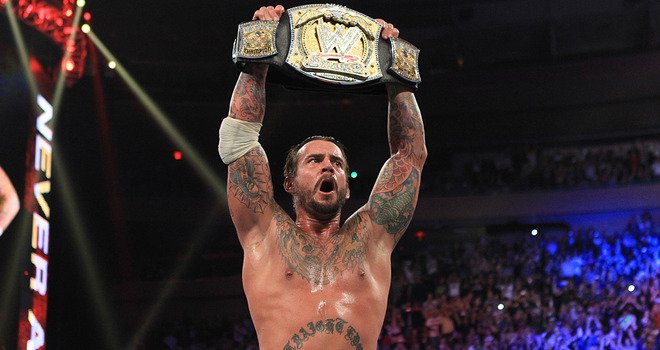