Playing in her first match since losing in the 4th round of Wimbledon, Maria Sharapova took the centre stage against the Spanish player Garbine Muguruza in the Montreal Rogers Cup.

From the start Sharapova looked uncomfortable and rusty. She started the match serving two straight double faults and handed the game to her 20-year-old opponent. Sharapova would continue to hit 5 more double faults in the set, while serving with a low first serve percentage of 47%. Both women traded more breaks in the set, until Muguruza was able to serve out the set 6-4.

The start of the second set appeared to be going Muguruza’s way, and the crowd was expecting a major upset to follow. However, down a break and 0-40,  the reigning French Open champion was able to find a way to comeback once again. The world number 6 found her powerful groundstrokes from both wings, and managed to tone down the number of double faults to win 4 of the last 5 games in the second set.

In the decider, everything appeared to be going Sharapova’s way. The Russian powered past Muguruza, taking winning 4 straight games in a row and winning the set 6-1. Maria also served beautifully, hitting 4 aces and kept a high first serve percentage of 78%.

The two last played in the quarter-finals of this year’s French Open, where Sharapova won with a very similar scoreline, 1-6, 7-5, 6-1- perhaps something about losing the first set seems to motivate Maria to storm off with the match.

In the next round, Sharapova is set to play another Spaniard, the 34th ranked Carla Suarez Navarro. 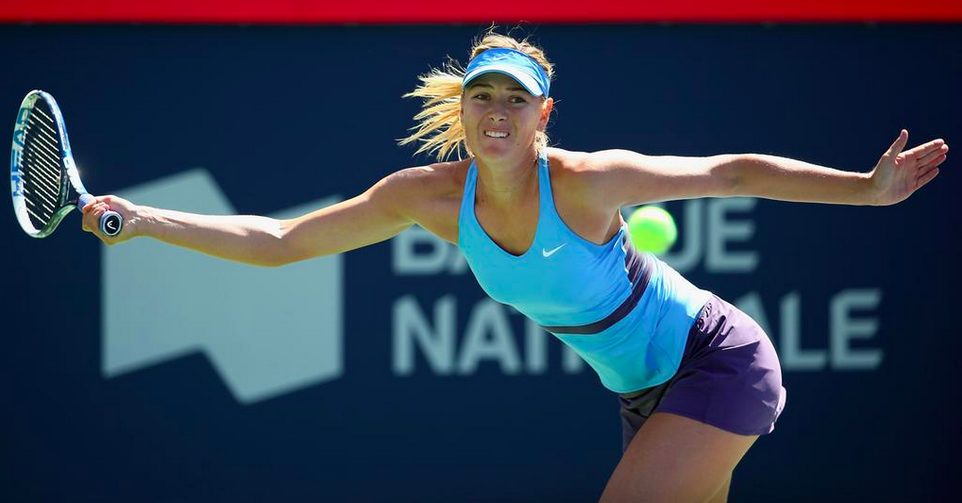