Welterweight star Conor Benn headlines a packed Saturday fight night live on Sky Sports and DAZN on November 21 at The SSE Arena, Wembley. He defends his WBA (Continental) title against former IBO champion German Sebastian Formella who extended Shawn Porter 12 rounds in their contest in August. This will mark a significant step up for Conor Benn who will compete at world level for the first time and hopes to make a statement.

On Chief Support, Commonwealth Cruiserweight Champion, Bournemouth’s Chris Billam-Smith Battles Deion Jumah for the vacant British title as well as Billam-Smith’s Commonwealth crown. In addition, we are treated to heavyweight action including Fabio Wardley who battles Lucas Browne over 10 rounds and Alen ‘the savage’ Babic taking on Tom Little over 8 in another exciting heavyweight encounter.

Dillian Whyte was scheduled to battle Alexander Povetkin in the main event in what would have been a rematch of their first encounter on August 22 which saw Povetkin pull off a massive upset with a left uppercut counter that knocked out the body snatcher. However, due to Povetkin testing positive for Covid-19, Whyte vs Povetkin has now been postponed till January 30. 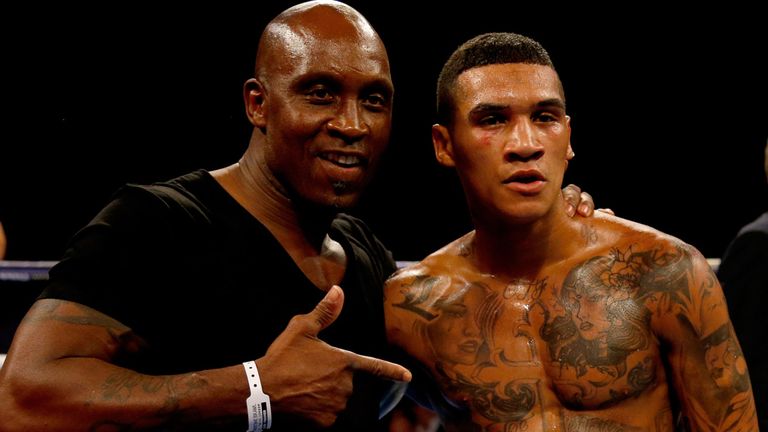 Conor Benn (16-0 11 KOs) had a very important 2019 which saw him headline a show for the first time. He battled Jussi Koivula at York Hall in June on the main event in a defence of his WBA Crown he won in 2018 in a rematch against Cedrick Peynaud. Also, Conor Benn boxed on another PPV Show at the 02 against Steve Jamoye who he stopped in 6 rounds.

Conor Benn was the mandatory challenger to British and Commonwealth champion Chris Jenkins but turned down that fight due to Jenkins’ team rejecting several offers and a delayed purse bid due to the pandemic which would have prevented Benn from competing in 2020. 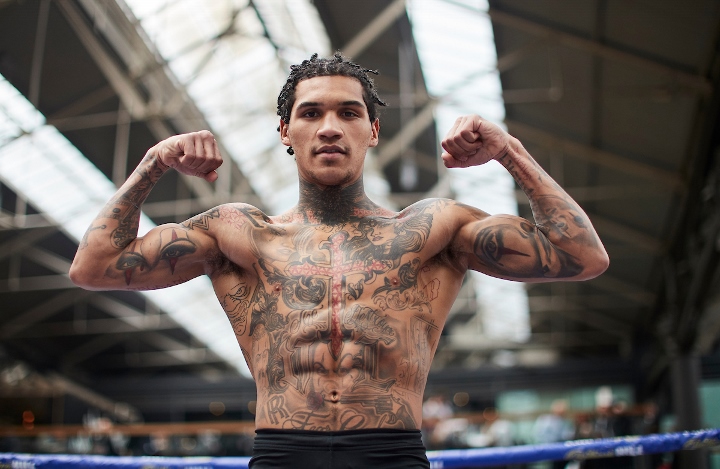 Instead, he faces an even tougher test in (22-1) Ex-IBO champion German Sebastian Formella whose only career defeat came at the hands of top 5 Welterweight Shawn Porter over 12 rounds. Formella is relatively unknown outside of that fight boxing mainly out of his native Germany.

Despite this, his level of opposition has been better than Conor Ben’s; winning the IBO Strap against defending champion Thulani Mbenge who is one of 2 boxers to record a stoppage victory over the very tough, slick Miguel Vazquez alongside pound-for-pound contender Josh Taylor. 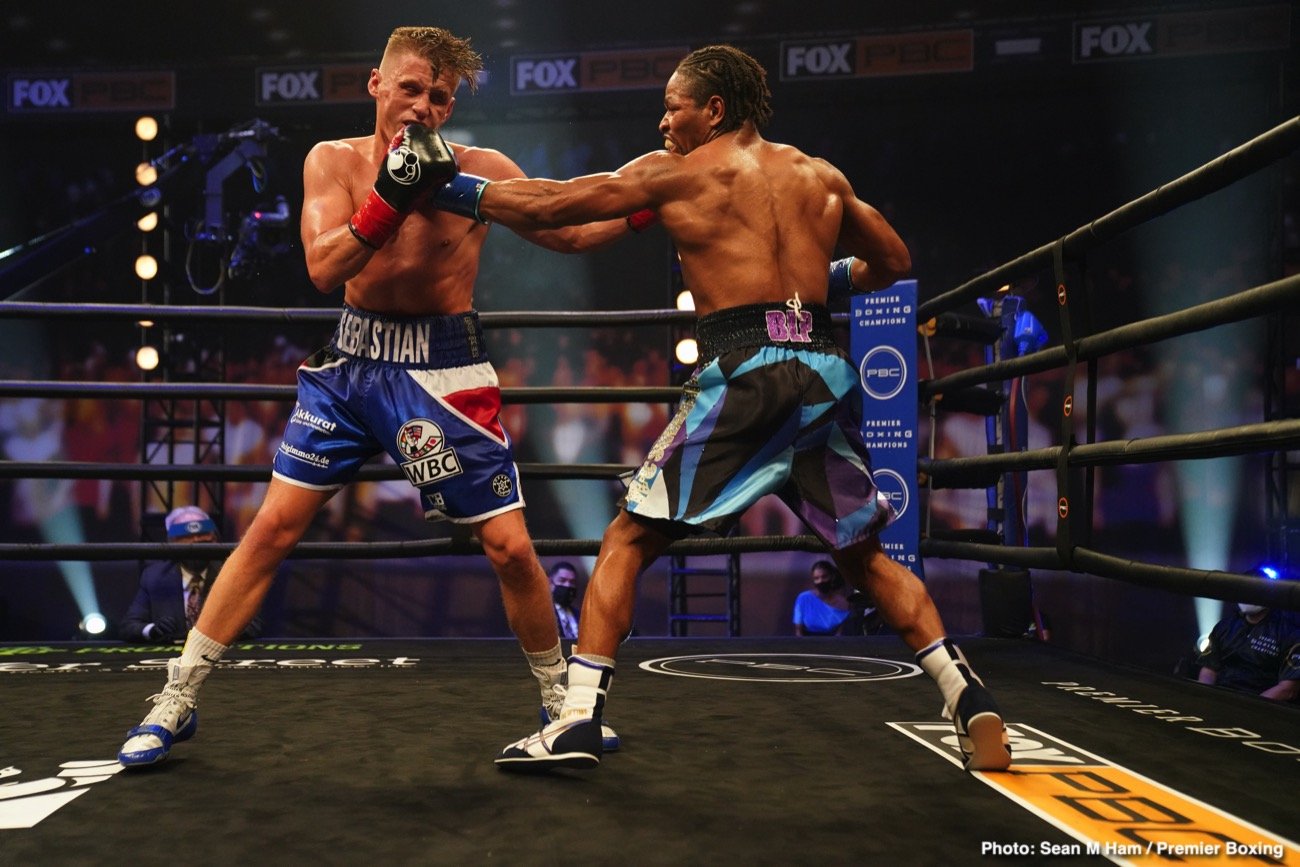 Should Conor Benn be able to come through the tough German, it would be an outstanding victory considering the Londoner is still a novice in boxing and that Formella is a top 15 147-pounder. A stoppage win would be even more extraordinary considering it would be a superior performance to that of two-time world champion and top welterweight Shawn Porter.

Coming through Formella, sets up Conor Benn with some massive domestic clashes including a mega prospect battle with Josh Kelly who fights David Avanesyan for the European Title. Also, another opportunity at British and Commonwealth Champion Chris Jenkins or Dillian Whyte managed Chris Kongo.

On the other hand, Conor Benn is ranked with the WBA and a win over the German could elevate him into the top 10 meaning he may choose to skip clashes on a domestic level and go straight into a world title eliminator. Chris Billam-Smith (11-1 10 KOs) lost to Richard Riakporhe via split decision on the undercard of the Whyte Rivas PPV in a 50/50 matchup of undefeated prospects. Since then, he has quickly rebuilt his career. He won the vacant Commonwealth Belt against Craig Glover in Liverpool on the undercard of Smith Ryder.

One month later, Whyte managed Riakporhe outpointed Jack Massey for the vacant British Title setting up an ideal domestic unification and rematch. However, due to Riakporhe’s number 3 ranking with the WBA, he opted to vacate his belt instead of fighting mandatory Deion Jumah in the hopes to land a world title eliminator.

Billam-Smith made the first defence of his crown against Nathan Thorley at week 2 of fight camp where he produced a quick stoppage in the second round proving his power. Earlier in the year, Deion Jumah (13-0 7 Kos) outpointed Sam Hyde in a non-televised contest in Hyde’s backyard. This was for the English Cruiserweight title and a final eliminator for the British title.

Eddie Hearn of Matchroom Boxing then asked the BBBofC to officially order Deion Jumah the mandatory to box commonwealth champion Billam-Smith in October this year. This proposal was swiftly accepted and now both boxers have a big opportunity on the Whyte PPV undercard. 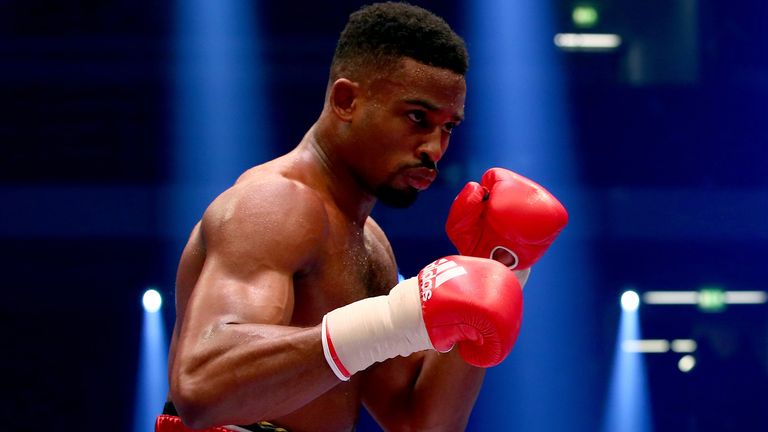 Jumah made his debut in 2013 but has had an on and off career meaning he has struggled to land frequent fights. However, now he has the opportunity to compete on a massive PPV show and a win here could mean that he can feature as a regular on Sky Sports shows. In addition to this, being British and Commonwealth champion could lead to him being world ranked as well as domestic fights with Richard Riakporhe, European champion Tommy McCarthy and Ultimate Boxer winner Mikael Lawal.