Danica Patrick isn’t a name that is particularly famous in the world of European auto racing. In the US, however, she’s a big deal as far as racing drivers go. A talented female driver with the off track ability to attract big sponsors and big money.

Starting out her racing career in the world of Karting, she moved over to Milton Keynes aged 16 to pursue a career in open wheel racing. Over three years between 1998 and 2000 she raced in Formula Ford, Formula Vauxhall and eventually finished higher than any other American or any other female racer in the Formula Ford Festival with a 2nd place finish.

She moved back to the US in 2002 to compete for Rahal-Letterman racing in the Baber Dodge Pro Series, ALMS and Toyota Atlantic Championship eventually driving in the IRL IndyCar series in 2005 where she became the first female driver to lead the Indy500 going on to claim 4th position, besting the previous record by a female driver of 9th (set by Janet Guthrie).

Since her debut in 2005 Patrick has gone on to race in Indy, Sports Cars, Endurance class racing and NASCAR and has enjoyed fair success throughout. She became the first female driver to win an IndyCar race in 2008, holds the IRL record for most consecutive finishes and currently holds the record of highest finish for a female driver at the Indy500 (3rd).

Off the track she is a media and marketing machine. She has the proven track record of attracting huge sponsors and a vast amount of attention for her, the team she’s with and the series she’s racing in.

The question of Patrick competing in F1 has always been floated and it’s not far-fetched, her ability behind the wheel combined with her image is something that any motor racing team would find highly attractive when selecting a new driver.

Until now, though,  it’s been a fairly muted point. Sure, she’s successful, but there are many other budding younger stars in lesser formulas that could step up and take the place she could fill at any team on the grid.

Aside that she doesn’t have a super license, nor any presence in the European Formulas, no test miles or any viable in-roads to the current teams which presently seem tied up with young driver affiliation programs or a long line of carefully curated candidates ready to jump into the cockpit.

Not until Gene Haas outlined his desire to race in Formula One in 2015 was Danica Patrick a viable name to place on the F1 grid.

Rumours about his delay on entry were put to bed in Canada last week when the team formally announced that despite gaining the green light from the FIA in April, they would defer their entry until 2016 in order to work on forming the team.

“We’d take too many risks by going too fast, that’s why we’re going to delay our start until 2016, we’ve officially confirmed it,”

When pressed about Patrick potentially filling one of the seats on the team, Haas didn’t rule out that the 32-year-old could be a candidate to race for him in F1:

It’s common in the F1 circus for rumours to float for months, no matter how seemingly ridiculous they are, but this is one that could be highly likely.

All of her positives aside it’s a fact that Patrick would be considered old for a rookie in F1, matching the age of Ferrari’s Fernando Alonso who already has two world championships and an almost legendary status as one of the best drivers on the current grid under his belt.

A lot can happen in a year, though. Haas is far from ready to announce technical partnerships, drivers or sponsors just yet so any number of things could happen in the coming months to change his plans.

Even then, it doesn’t mean that Patrick would accept an offer of a drive if it were presented to her.

It’s rumored that she has been offered numerous testing opportunities with F1 teams in the past. Honda and USF1 both supposedly offered her a chance to test (the second was denied by Patrick), which she declined, and it’s obvious that any team on the grid would be crazy to turn down a talented female driver just for the marketing potential alone.

When asked in the past about possibly testing for an F1 team, Patrick has said:

“Honestly, I’ve always said that unless it would be something that I’d want to do for real, as in race a Formula One car, I don’t see any point in testing it. It’s a lot of work to get fitted in the car comfortable enough to be able to go drive it. Then as a driver, for me at least, I run the risk of ‘What if it doesn’t go well?’ Then people judge me for that. Unless it was something I was really serious, I wouldn’t do.”

A failure in F1 could mean a huge impact on her image and career in the States. Patrick knows that the world would be watching her and if she were to do badly it could harm her image in the eyes of her fans and sponsors.

It’s plausible that she could know that she would be unable to bring good results to a team and immediately kill her chances of progression before her F1 career even started.

Ultimately, one only has to look to the interest and press attention garnered by the likes of Claire Williams, Monisha Kaltenborn and Susie Wolff, all prominent figures in various capacities in F1.

It’s obvious that having Danica Patrick involved in his team in some capacity (be that number one, two or even three in the stable) is a sure way to generate interest in Gene Haas’ entry, gain big money sponsors and bring F1 further into the US market. 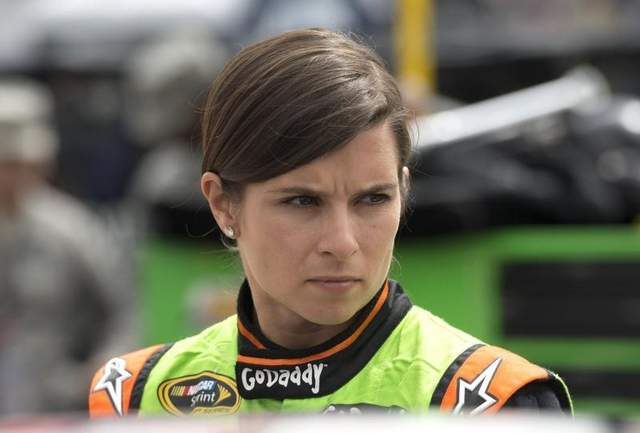