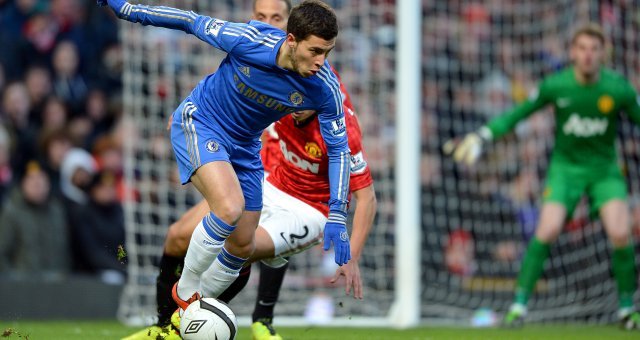 Chelsea manager José Mourinho has dubbed Sunday’s clash with Manchester United as a dangerous game in the title race.

On Sunday, Chelsea take on arch rivals Manchester United at Stamford Bridge in a Barclays Premier League match which could prove to be a key factor for Chelsea if they are to win back the league title. Currently, Chelsea sit in 3rd place in the league table on 46 points, just 2 points behind leaders Arsenal and 1 point behind second place Manchester City. Manchester United however, have had a very disappointing season by their standards and are in 7th place in the league table on 37 points having already lost 2 matches at Old Trafford in 2014.

The talented duo of Wayne Rooney and Robin van Persie will be missing for the Red Devils on Sunday, which Mourinho said disappoints him as he wants to play against the best players, although I suspect he is quietly satisfied. Chelsea’s revitalised Eden Hazard could be a pivotal player in this match, having already scored 9 goals this season, the same amount he scored in the entirety of last season. He has also won 4 man of the match awards on-the-spin so he is in brilliant form.

José Mourinho goes into this match having never lost a league game at Stamford Bridge, whereas Manchester United boss David Moyes has never won a league game at Stamford Bridge, after over a decade of trying in charge of Everton. If you go by the stats, there is only one winner, but of course no matches are won on paper. Chelsea vs. Manchester United will be broadcast live on Sky Sports 1 and Sky Sports 1 HD at 3:30pm (4pm kick off) UK time.