Chelsea and Belgium midfielder Kevin De Bruyne is set to leave Stamford Bridge and complete a move to the German Bundesliga side Vfl Wolfsburg.

The young Belgian signed for Chelsea on the winter transfer deadline day in January 2012 from Genk for a fee rumoured to be around £7m. Kevin remained at Genk for the remainder of the 2011/12 season as part of the deal that brought him to West London. On August 2 2012, it was announced on Chelsea’s official website that De Bruyne was to join the German team Werder Bremen on a season-long loan. During his time in Germany, Kevin made 32 appearances, scoring 10 goals.

Since returning from his spell in Germany, De Bruyne has struggled to impress the returning Chelsea manager José Mourinho and has since had little playing time. Despite bagging himself an assist in Chelsea’s opening Barclays Premier League fixture at home to Hull City, his performances were not considered good enough by the Portuguese manager and his chances have been limited from then on.

Chelsea have a string of midfield talent in their strong squad, which includes the likes of Eden Hazard, Juan Mata and Oscar – this has also contributed to De Bruyne’s lack of game time. With Chelsea bidding £20m to bring midfielder Nemanja Matić back to the club from Benfica, De Bruyne has made it his intention to leave and seems to be on the brink after Wolfsburg made a bid of £16m to the London club. The young Belgian is expected to complete his move to the German side within the next 48 hours with Chelsea expecting to complete the signing of Matić in the near future too. 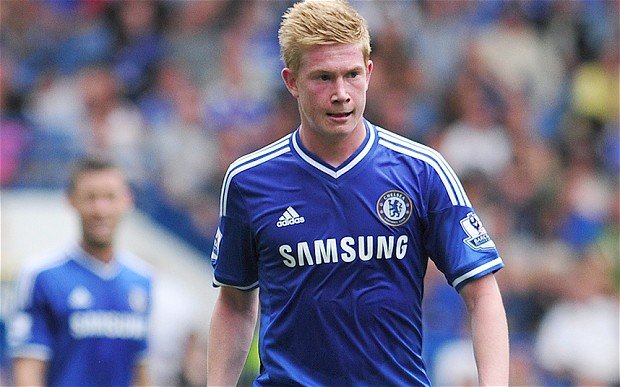