Denzel Bentley vs Felix Cash: Tonight Live on BT Sport 1 from 7:30m PM, Frank Warren of Queensberry Promotions provides you with an exciting night of action topped by a much anticipated domestic battle between two unbeaten titleholders. Frank Warren Won the purse bids for this in February.

In the Main Event, Battersea’s Denzel Bentley (14-0) unifies his historic British Middleweight Title with fellow unbeaten Commonwealth Champion Felix Cash (13-0). Denzel Bentley vs Felix Cash pits Matchroom vs Queensberry for the second consecutive weekend, both at the same weight. The Winner of Bentley Cash will be eyeing a World Title Shot in the next 18 months.

With Chief Support, World Title challenger and Light Heavyweight banger Callum Johnson (18-1) returns to the ring for the first time in over 2 years. 2 and a half years ago, he dropped WBC/IBF Champion Russia’s Artur Beterbiev in what many feel was and still is Beterbiev’s toughest test to date.

Tonight he attempts to get back into title contention by claiming the WBO Global Strap and producing a spectacular performance against Emil Markic (32-2). A win here could set up a European title shot, a big domestic fight against the Yarde Arthur 2 winner or a world title Eliminator.

There will be 3 other fights on this card that will float/ completed before the broadcast or after the main event. The Main Event is expected to be no earlier than 10 pm GMT. There is no US Television for this card. 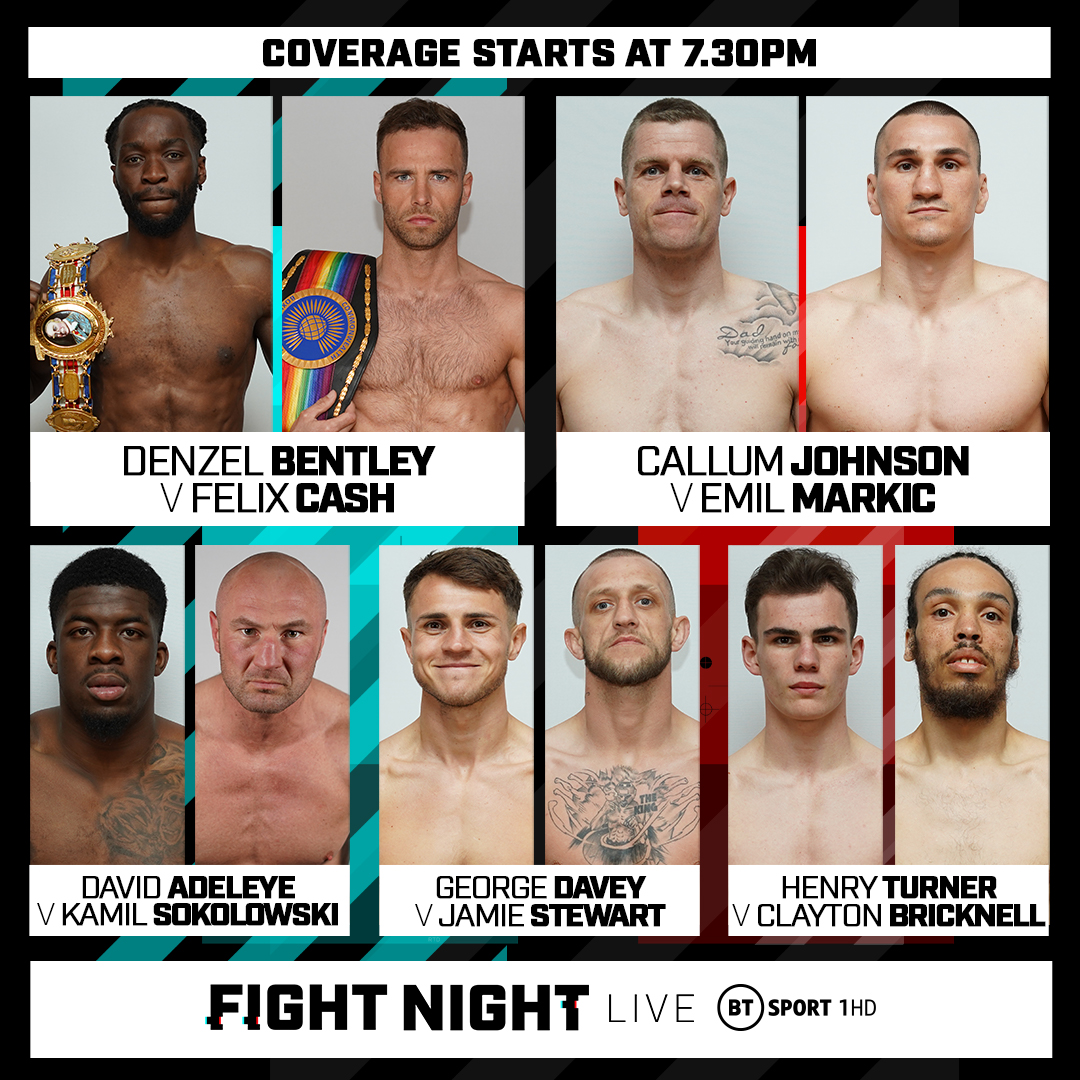