Devin Haney vs Jorge Linares has been in the works ever since the teams of Ryan Garcia and Devin Haney both expressed their desire to meet further down the line. Garcia is the mandatory challenger for Devin Haney but will not call for the fight right now as he would rather wait till Haney-Garcia becomes a bigger commercial fight.

As a result, Devin Haney vs Jorge Linares will mark a voluntary defence of the WBC Lightweight Title for Haney (as he is allowed to do so) before he is ordered to fight his second mandatory Javier Fortuna within 90 days. Devin Haney vs Jorge Linares will headline the Matchroom USA show on DAZN at the Mandalay Bay Centre, Las Vegas with 50% Capacity. 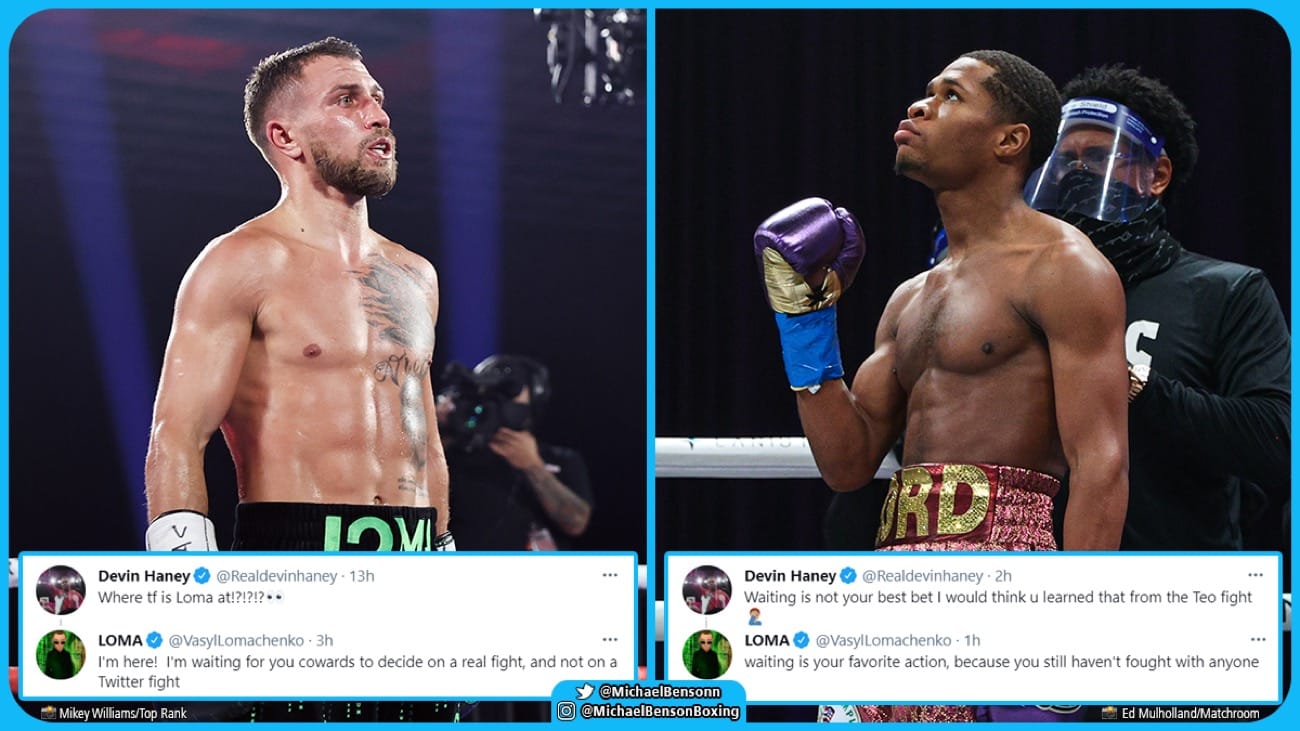 Devin Haney was also in talks to fight Ukrainian Vasyl Lomachenko but Top Rank’s Bob Arum has stated that the fight would be easier to make when Haney is a free agent and they can do that fight on ESPN and not DAZN. Arum has a promotional contract with Lomachenko and therefore Haney-Lomachenko cannot take place without TR’s involvement.

According to Mike Coppinger of The Athletic, Devin Haney will earn $3 Million for his Title Defence against Linares. According to the CSAC, He made $1m to fight Santiago in November 2019 and several reports claim he made around $2m to fight Yuriorkis Gamboa in November 2020.

Devin Haney (25-0) started his pro career in Mexico at the age of 17 and quickly built up an 18-0 record over two years taking easy learning fights.

Haney stepped up the levels for the first time in May 2018 and went on to headline 3 Showtime ShoBox cards in a row over 6 months building a profile and name in the USA under the promotion of Showtime.

Haney then signed with relatively new players in the USA market Matchroom and due to the pullout of Oleksandr Usyk had the opportunity to headline on DAZN on his Matchroom debut. He did not disappoint providing a knockout of the year contender against Antonio Moran.

Haney fought for the WBC Interim Title at the theatre at Madison Square Garden against Zaur Abdullayev for the opportunity to fight Vasyl Lomachenko but the WBC controversially made Loma franchise champion after he beat Campbell so he could unify with Lopez and made Haney full champion.

He has made two voluntary defences to date with shutout points victories and now takes the toughest test of his pro career in the form of veteran Jorge Linares.

Jorge Linares (47-5) at 35 years of age is much more experienced than Haney but is far from is prime. He won his first world title 14 years ago in 2007 but 3 stoppage losses in 7 fights derailed his run temporarily. He became a two-time champion in 2015 and went onto make 6 successful title defences against top opposition such as Brits Luke Campbell and Anthony Crolla (x2).

He would then attempt to unify with P4P Star Vasyl Lomachenko and although lost by stoppage proved his pedigree by dropping the Ukrainian in the sixth and providing a 50/50 fight. Linares attempted to move up to 140 but suffered a first-round TKO defeat and has decided to stay at 135.

Linares has looked vulnerable throughout his career suffering all 5 of his defeats by knockout and could very well be the perfect top 10 lightweight for Haney to look good against as Haney could stop Linares and an impressive statement is much needed after a couple of underwhelming performances.

Devin Haney vs Jorge Linares: May 29 on DAZN