The New York Knicks have been stuck in first gear all season long. Losers of 12 straight games, they are currently 5-32. That’s the worst record in the NBA. Yes, even worse than the Philadelphia 76ers (5-28).

The Knicks also have something the 76ers don’t, a bona-fide superstar in Carmelo Anthony.

The 76ers roster is filled out with guys who have spent the majority of their professional careers in the D-League (Henry Sims, Robert Convington) mixed with players on rookie contracts (Michael Carter-Williams, Nerlens Noel and Joel Embiid).

Apparently Phil Jackson has been sitting patiently, waiting for the opportunity to make a move.

I was beginning to wonder if he was even watching the games, caring enough to turn this thing around or if he was just using this Knicks gig as a cash grab. On Monday, the Knicks struck a three-team trade with the Cleveland Cavaliers and the Oklahoma City Thunder.

JR Smith played part of four seasons in New York, winning the Sixth Man of the Year award in 2013. Even though he has his moments where he catches fire and racks up a bunch of points, those moments are too far in between. He has averaged 5.1 three-pointers attempted throughout his career despite shooting under 40% from the line. He has no concept of team play or playing within the flow of the game. If the defender gives him space, he will throw up a shot as soon as he spots the rim.

So far this season, Smith is averaging 10.9 points per game, 3.4 assists per game and 2.4 rebounds per game. He is shooting 40% from the floor, including 36% from behind the arc. His scoring average is his lowest since 2006 and his three-point percentage is tied for his lowest since his rookie season (2005).

Smith is a player you win despite of, not a player you win because of. Smith and Carmelo Anthony have played in two cities together and they’ve never had much success as teammates. They did make one Western Conference Final in 2009 (with the Denver Nuggets) but they had help from Chauncey Billups. The triangle offense fits neither guy and if I were Phil Jackson, I would be shopping Anthony as well. I know he just signed a maximum extension but he doesn’t fit the system and they need to start from scratch.

It will be interesting to see how JR Smith fits in with Cleveland. He will be replacing Dion Waiters as the primary guard off the bench. Waiters seems to fit the same mold as Smith. They are both offensive-minded, score-first wings. Waiters is averaging 10.5 PPG, 2.2 APG and 1.7 APG, which is very similar to the line that Smith puts up. Like JR Smith, Waiters is shooting badly (40% from the field, 26% from three).

The difference between the two is that Waiters is only a third-year pro while Smith is in his eleventh season. I don’t know if Waiters will ever progress to become a more productive player than he has been but he at least has the potential to grow into something more. A change of scenery might be what Waiters needs considering he averaged 15.9 PPG last season before all the changes that took place in Cleveland over the summer.

JR Smith, on the other hand, will be joined in Cleveland with Iman Shumpert. A starter in New York, Shumpert might have to slide over the off guard position in the Cleveland starting lineup. The Cavs are ranked 27th in the league in opponent field goal percentage (46.9%) and could use Shumpert’s skills on the defensive end of the floor. Iman Shumpert (9.3 PPG, 3.3 RPG, 3.4 APG) isn’t much of a shooter but he gives Cleveland another athlete that can receive full court outlet passes from Kevin Love.

Financially, Waiters is due $5.1 million in the last year of his rookie contract next season. JR Smith has a $6.4 million player option, which he’ll more than likely exercise. I don’t see him making more than that on the open market. Shumpert will be a restricted free-agent in the offseason and will have no impact on the Cavaliers projected cap space going forward (unless they decide to re-sign him). The Cavaliers will also receive a protected 2015 first round pick from the Thunder. If the pick is outside the top 18 in the 2015 NBA Draft, they will receive the pick at that time. If the Cavs don’t gain the pick this offseason and it falls outside the top 15 in either 2016 or 2017, that will be the year they receive the pick. If for some strange, unforseen reason the Thunder become a lottery team for all of those years, the Cavaliers will receive two second round picks in 2018. More than likely, that pick belongs to Cleveland this offseason.

Speaking of the Oklahoma City, they are the team that gets to experiment with Dion Waiters coming off their bench. The Thunder are currently 17-18, good enough for 10th in the Western Conference. They began the season with injuries to Russell Westbrook and Kevin Durant, putting them in an early hole but they have recovered. They have won 14 of their past 20 games.

I believe this move was done by the Thunder for two specific reasons. Number one, with all the injury problems the Thunder faced early in the season, they felt liked they needed to add depth in case of a worst case scenario. If they are going to measure up in the tough Western Conference, they needed to add some more firepower to their bench. Number two, backup point guard Reggie Jackson is going to be a restricted free agent this offseason. Earlier this season, Jackson commented on the fact that is important for him to become a starter.

Reggie Jackson doesn’t just talk the talk, he walks the walk. He has averaged 19.7 PPG and 6.2 APG in the 20 games where he played 30 or more minutes. If the Thunder aren’t willing to offer a starting spot, which they won’t, Jackson will be on his way out the door. I expect Reggie to command $40 million on the open market and if the small market Thunder (who have Durant, Westbrook and Ibaka signed to maximum contracts) weren’t willing to pay James Harden, will they be willing to pay Jackson that money to come off the bench?

In other words, Dion Waiters is an attempt at some Reggie Jackson insurance in case the price for their sixth man is too high. If Waiters can come in and find some consistency, he could become a productive player off the bench. That’s a big “if” but it could be worth the projected first round pick, which is all they really gave up. Some analysts are worried that Waiters might walk into the situation demanding shots but I highly doubt Head Coach Scott Brooks is going to let Waiters dictate who gets the ball in OKC. Westbrook, Durant and Jackson will eat first. Waiters will have to earn his.

In the overall scheme of things, I believe this trade could benefit all three teams. It makes sense all the way around. Cleveland is the team that I’m the most skeptical about but they are only committing to a million dollars more in salary and gaining some much-needed defense. Plus, first round picks are always nice assets to have.

Who’s the biggest winner? New York. A JR Smith trade was long overdue and they need to start all over. They need players with basetball IQ and a little bit of pride. There’s no way that their assembled roster should be playing as badly as they have. They aren’t expected to keep Alex Kirk, Lance Thomas or Lou Amundson but they will have $34 million in cap space this offseason after saving $20 million from this move (they are also waiving center Samuel Dalembert). Considering it’s New York, they will be an attractive destination for any free agent. Maybe they should bring this all full circle and sign… Reggie Jackson?

One thought on “Dissecting The JR Smith – Dion Waiters Trade” 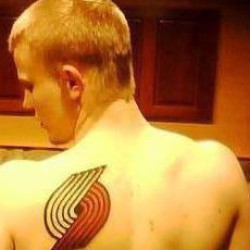 Die hard NBA fan from Forest Grove, OR. Now living in Pasadena, MD. My loyalty starts and ends with ...
0