Novak Djokovic will feature in next year’s Australian Open despite refusing to reveal if he was fully vaccinated for COVID.

The Championships are due to begin on 14 January and the COVID rules from Tennis Australia say that “All players, patrons, and staff at the Australian Open have to be vaccinated,”

With that said, will we be seeing the World Number One in action at the first Slam of the year?

Well, given the fact that the Serb refused to reveal if he was vaccinated, could mean that his place in next year’s Grand Slam could be in doubt, particularly if Tennis Australia stands firm with their decision of making sure all players are fully vaccinated.

Despite Danil Medvedev winning the Nitto ATP Finals and the US Open, The Serbinator still remains at the top of the rankings and will remain in that position heading into next month’s Tournament.

Should the Serbinator triumph in Melbourne, it will be his fourth successive Australian Open Title and his tenth overall. No other player. male or female has won more than three in a row.

Next year’s tournament is also likely to feature stars such as US Open champion Emma Raducannu, who will be making her first appearance in this Grand Slam, while fellow Britons Heather Watson, Cameron Norrie, and Dan Evens are set to be a part of next year’s Tournament.

Another big story is that Roger Federer may also not feature in the tournament Down Under as he continues rehabilitation after his knee surgery. Rafa Nadal will also be featuring after recovering from a foot injury, which he picked up in the Citi Open in August.

Djokovic will also be part of Serbia’s team for the ATP Cup, which starts on 1 January.

This means he will have to complete two weeks quarantine in order for him to be a part of this tournament.

Tournament Director Craig Tiley has also said there are no medical assumptions granted for players.

“To be clear up front, no one can play the Australian Open unless they are vaccinated,” Tiley told the ABC.

“The only condition at which, outside of being vaccinated, that you could compete is if you receive a medically approved exemption from Australian authorities.

“I’ve seen reports this morning. There have been no medical exemptions that have been granted at this point.”

So regardless of the players refusing to say if they have been vaccinated, it looks like they will have to do so, in order to compete in this tournament, if not, then they will need a medically approved exemption from Australian authorities.

For all the latest news and gossip on tennis, tune into World in Sport. 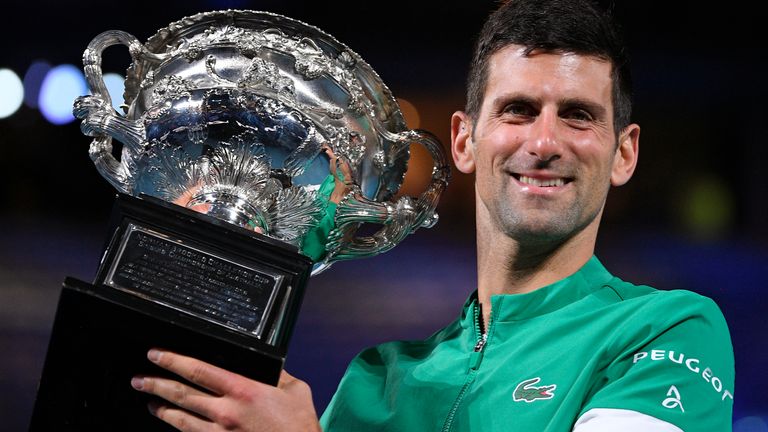