In the midst of World Cup fever sweeping the nation, Royal Ascot may have to play second fiddle to the football extravaganza hitting our screens from Brazil, but for equine fans the thought of five days sensational Flat action gets the pulses racing and with the weather set fair for the week, we are set to witness some epic clashes throughout the week.

Officials at the Berkshire often to try to add an international feel to the event and with Prix de l’Arc de Triomphe heroine Treve and South African sprinting superstar Shea Shea set to line up during the week then they have certainly earned an A* for attracting some of the elite of the world’s racing scene and they add more flavour to what is already looking a tasty treat over the next five days.

The opening day may have seen a slight amendment to the race order, but there’s still a triumvirate of epic Group One events with Night Of Thunder and Kingman doing battle in arguably the Tuesday showpiece as the English and Irish 2000 Guineas winners do battle for the second time this season, with the latter aiming to reverse the Newmarket form for John Gosden.

Richard Hannon, who will saddle Night Of Thunder, will look to kick off the opening day in winning fashion and last year’s Sussex Stakes winner Toronado is a red-hot favourite for the Queen Anne Stakes, which is the traditional curtain-raiser for the five-day extravaganza which will be full of pomp and ceremony as the racegoers bring out their finery to impress throughout the week.

The aforementioned Shea Shea was just nailed in the shadow of the post in last year’s King’s Stand Stakes by Sole Power and Mike De Kock’s speedster will do battle again with Eddie Lynam’s seven-year-old, but that duo will have to watch out for the new kids on the block in the Group One sprinting division as Hot Streak and Pearl Secret attempt to propel into the big time.

The Queen will yet again be one of the focal points of the entire week and Her Majesty will be aiming to reign again in the staying division as Estimate attempts to retain the Ascot Gold Cup crown she won 12 months ago, but Aidan O’Brien’s St Leger winner Leading Light could be a potential staying superstar and will be aiming to emulate the mighty Yeats from the Ballydoyle stable and he is already a short-priced to jolly to bag the honours.

Another top class raider the bookmakers will want to get beat is the aforesaid Treve, who looks a cut above her rivals in the Prince of Wales’s Stakes, but the Arc victor was beaten by Cirrus Des Aigles in the Prix Ganay on her first start and former Irish Guineas winner Magician and Dubai World Cup runner-up Mukhadram will at least test her on her first trip to British shores.

Top class action continues in the latter part of the week and the Classic fillies will try their luck in a wide open renewal of the Coronation Stakes, whilst the final day will see the sprinters aim to shine yet again with the Diamond Jubilee Stakes attracting a strong Emerald Isle contingent with Slade Power and Maarek just a couple of travelling contenders who should feature in the final Group One race of the week at what should be an enthralling week of equine brilliance. 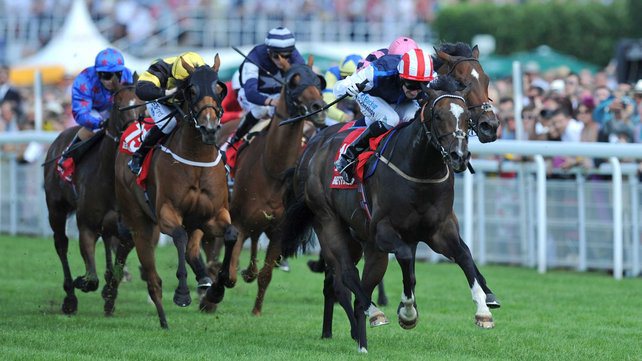