There have been recent talks if Eden Hazard can/will become a legend of Chelsea FC and join names like Frank Lampard, Didier Drogba, and Gianfranco Zola. This subject really interested me because I am a major fan of Eden Hazard and believe he has the potential to be an all-time great. Coming up through the Lille OSC youth system and starring on the senior squad, he was praised to be up there with Cristiano Ronaldo and Lionel Messi when it came to talent. But, as of late, he hasn’t been living up to this lofty expectation people have put on him. He never has stepped up to the plate as the leader of the Belgian National Squad when most expect him to.

He had a subpar World Cup over the summer when some considered Belgium the dark horse team and expected Hazard to lead the way for them. Also, after Chelsea FC’s 3-0 victory over Aston Villa on Saturday, Manager Jose Mourinho said that he was ‘not happy’ with his level of play at the moment. In my opinion, I thought he had a decent game overall. But Hazard, having so much potential, is expected to be top flight every time he steps on the pitch.

His game is an up tempo, skill filled game and that is one thing he has been lacking during the Cup and the EPL season so far. Many believe he may be the next captain of Chelsea once John Terry retires. But in all honesty, I do not think I want somebody to lead my team who does not put 110% into every game he plays.

Hazard came to Chelsea FC in 2012. He has appeared in a total of 114 matches for the club and has scored 31 goals. He also won the ‘Chelsea Player of the Year’ award last season, 2013-14. Not bad numbers for 2 season. He recently just inked a 5 year extension on his contract with Chelsea so one would think his future with the club would be pretty secure. But rumors are out there that mega-rich club Paris Saint-Germain have been in contact with Hazard many times over the last couple months.

So one could ask themselves, “Is this why Hazard is playing subpar?” or “Is he on his way out even though he just agreed for 5 more years in West London?” Soccer fans have seen crazier transfers happen over the years so you can never rule anything out with super rich clubs like PSG.

Hazard has recently told the media that he is firm when it comes to staying in London with Chelsea and if he went anywhere else it would be back to Lille. Which, to Chelsea diehards like me, is a major sigh of relief. But looking at transfers in the past where people say they won’t leave, nobody is safe.

To conclude, I absolutely 110% believe that Eden Hazard has the talent and the team around him to become a Chelsea FC legend.

Do I think he is on the right track right now? No I do not. There are a few things he must do still:

1) Play to his potential. He has the potential to win the Ballon d’Or if he really wanted to.

2) Obviously he has to stay at Chelsea for a vast majority of his remaining career if not all of it.

3) He needs to flat out say no to any rumors about him joining another squad. You will never be respected and thought of as a club legend if you potentially could flake out at any moment.

That being said, I think he will make that extra step and do things he must to become a legend in West London. 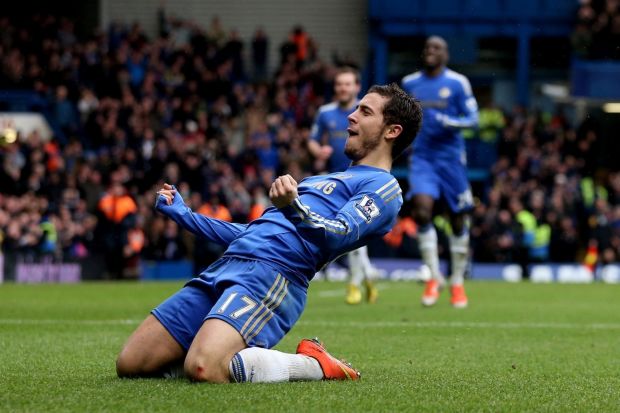