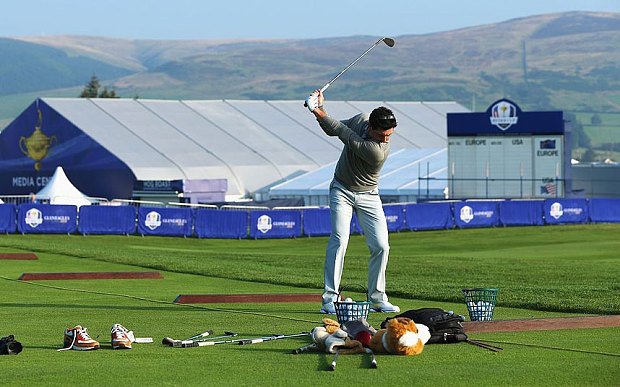 The golfing world is gearing up for three days of highest drama as Europe and the United States meet in the Ryder Cup. Gleneagles resort in Scotland has been preparing itself for the Ryder Cup for years and their time is almost here with the bi-annual event now here and the anticipation reaching fever pitch. Few sporting events can match the drama and passion of the Ryder Cup and we are expecting another cracking competition as the American team head across the pond to try and wrestle the Cup away from their European rivals.

The last Ryder Cup at Medinah was one of the greatest of all time as Europe came back from a seemingly impossible position on the last day to win the Cup for the seventh time out of the last nine events. The Europeans really have dominated the Americans over the past 20 years and an American win at Gleneagles would be the first time they have claimed the trophy away from home since they won at the Belfry back in 1993. That is a dismal record for the United States, especially given the way they used to dominate the event and according to the betting for this year’s event, the Americans are in for another tough time.

The European team will have the advantage of home conditions and the boisterous home crowd in Scotland and that can surely only help their chances of success. Paul McGinley was a popular choice as Captain and on paper at least, the Irishman does appear to have the stronger of the two teams when it comes to team golf.

McGinley named Lee Westwood, Ian Poulter and Stephen Gallacher as his three captain’s picks last week and they join a strong looking set of automatic qualifiers. Rory McIlroy has been the best player in the world without question over the last six months and the man from Northern Ireland will surely be the unofficial European team leader at Gleneagles. He won the Open and the USPGA Championships over the summer and with plenty of Ryder Cup experience behind him, Mcilroy is as short as  4/1 to be the Top European points scorer in Scotland.

Other key members of the European team include Martin Kaymer, who won the US Open back in June and Sergio Garcia, who is up to number three in the world rankings at the time of writing and always seems to produce his best at the Ryder Cup. Garcia is one of the most experienced members of the European team and is likely to play a major role which could make his price of 11/1 to be the Top European and an attractive punt.

The United States have gone through a terrible slump in form when it comes to the Ryder Cup with their only victory this century coming on home soil back in 2008. Tom Watson has been called up as captain with the aim of reviving their fortunes in the Ryder Cup and if anyone can turn around their fortunes, it is the hugely popular Watson. They have the players, on paper at least, to beat Europe but the bookmakers aren’t convinced with the USA as big as 7/4 to end Europe’s domination and win the Ryder Cup outright.

If the USA are to win the event, Watson will need every single member of his team to play well and contribute points to the cause. They do have some in-form players on their side including Rickie Fowler who has finished in the top five of all four Majors this season which is a remarkable feat. Fowler has a decent record in the Ryder Cup as well which will be of interest to punters thinking about backing him at 11/2 to be the Top American which is currently a popular selection. Hunter Mahan is another American in-form after his recent win in the Barclays Tournament which was good enough to earn him a pick on the team, while Phil Mickelson and Jim Furyk will be the experienced men on the team who can never be ignored on the big occasion.

The memory of the last Ryder Cup is fresh in the memory of most golf fans and if Gleneagles has even half the excitement we saw at Medinah in 2012, then we are in for another thrilling few days of sport. Europe are the worthy favourites here but the United States should not be under-estimated with Tom Watson surely the man to galvanise them. They do have some interesting young players on their team and could run Europe close at Gleneagles but ultimately it is the home team that should be too strong with their experience and overall strength in depth likely to be too strong once again.