Erickson Lubin (24-1), the 26-year old American Southpaw, was an exceptional amateur who took part in a 150 bouts, losing on just 7 occasions. To the shock of many, Lubin chose to turn professional at 18 years of age instead of waiting for the 2016 Olympics where he was expected to qualify.

Lubin won 18 fights on the spin in just under 4-years before fighting for his first world title against Jermell Charlo. In that fight, Lubin was caught early with a big right hand and devastatingly knocked out in round one. Since then Erickson Lubin has won 6 fights on the bound including former unified Titleist Jeison Rosario and tells World In Sport the rematch between himself and Charlo would be a very different fight.

The Orlando native is signed to Al Haymon’s Premier Boxing Champions (PBC) and headlines a PBC On Showtime Boxing Telecast this Saturday from the Virgin Hotels, Las Vegas against unbeaten top 10 154-pounder Sebastian Fundora (18-0) for the WBC Interim World Title and a shot at the winner of the much-anticipated undisputed rematch between Brian Castano and Jermell Charlo on May 14.

Ahead of his fight, Erickson Lubin was very generous in giving World In Sport some time for an exclusive Interview.

How has your camp/training been for this fight? How long have you known this fight was next, have you been eyeing this up?

Training camp has been great and I have completed 9-10 weeks. I came to Vegas and ran through the mountains. I sparred with several boxers like Jamontay Clark (about 6’2). He has a draw with Fundora, and a lot of people think that he won. Once the Charlo vs. Castano fight was declared a draw, I was looking for the next guy up. I knew that Fundora would eventually be next when I saw him climbing up the WBC rankings.

The sole defeat of the career of Erickson Lubin was to Jermell Charlo. Talk me through that defeat, was it a case of too much of a step up too soon for you? Or just caught with a very good shot?

When I look back at that fight, I used to think that I was caught with a very good shot. A lot of people may think it is something too soon with him having 30 fights and I only had 18 at the time. To me, maybe it was just a blessing in disguise. I switched a lot of things up, buckled down, became hungry and I always knew that I would be back in this position.

It took about four years to be here and I remained hungry. As an amateur, I went pretty much undefeated so coming into the pros and dominating everyone made me feel unbeatable, especially at that age. When it did happen, I took the time to re-group, up my skill and work on my mistakes. I feel now that I am more of a professional and I will be champion real soon running this division.

A loss like that can be very difficult to recover from mentally. How did you bounce back from that defeat?

It is about how hungry you are. Not about falling, but how you get up and keep pushing through. Adversity didn’t make me fall, give up and quit. A lot of people may have written me off, but I always knew that I would be back in this position. I have been boxing my entire life and I am so thrilled to be back. Here I am.

What do you think happens in a rematch between yourself and Jermell Charlo? Is it a very different fight now that you’re much more experienced, have you learnt a tremendous amount since that fight?

Yes, it definitely will be a different fight. I am a way better fighter and not to make any excuses but I had a short training camp. I took off a lot of weight rapidly during that time. I learned from this and now am a different fighter. This time around I am coming in with a different approach and 100 times more prepared. That fight will be next assuming he takes care of Brian Castano. My job right now is focusing on fighting Fundora on Saturday.

Jermell Charlo fights Brian Castaño for the Undisputed titles in May. What did you think about the first fight? Who did you think wins the rematch?

The first fight was excellent. I think Brian Castano and Charlo brought the fight. I am excited about the second fight and think Charlo will pull through with his adjustments.

Is Erickson Lubin lining up the winner for a 2022 fight? Or do you see them vacating?

I am not sure if he is going to vacate. I am staying prepared and whatever happens, I am ready for it.

Your career-best win: Jeison Rosario was discredited by your opponent Fundora Earlier this week, he claims that he gave Rosario to you on a silver platter after softening him up in sparring. What is your response to that?

He can discredit my previous opponent, Rosario. Rosario was easy work and I finished him in 6 rounds. He can say whatever he wants because he has fought a whole bunch of opponents I have previously fought, like Koda. I feel like Fundora is inexperienced and is just saying things that are fueling my fire. I hope he can back it up on Saturday night.

Fundora’s stature is very different to anybody else at 154, do you have any prior experience fighting very tall fighters? Who have you brought in to replicate that height in sparring?

He is vulnerable to big shots, fights on the inside, and his defense isn’t very sound. I brought in a few tall guys and had a great training camp. I sparred with guys like Jamontey Clark, who he previously fought. I sparred with other guys that were 6’6. The hard work is over and it is time to take over business on Saturday night.

What happens in your fight with Fundora? How do you win that fight? Are you planning to end the ‘hype train’?

The hype train will be ended. I feel that I am more experienced, younger, stronger, faster, and the IQ.

Overall, I am well prepared and ready. – Erickson Lubin

Sergio Garcia faces Tony Harrison as Co-main, Garcia is eyeing a fight with you should he get through successfully, would you entertain that?

I am looking for all the titles right now. If that is a fight that comes with the title, then I am all for it. If not, there is no need to entertain that.

Thanks to Erickson Lubin For Conducting the Interview 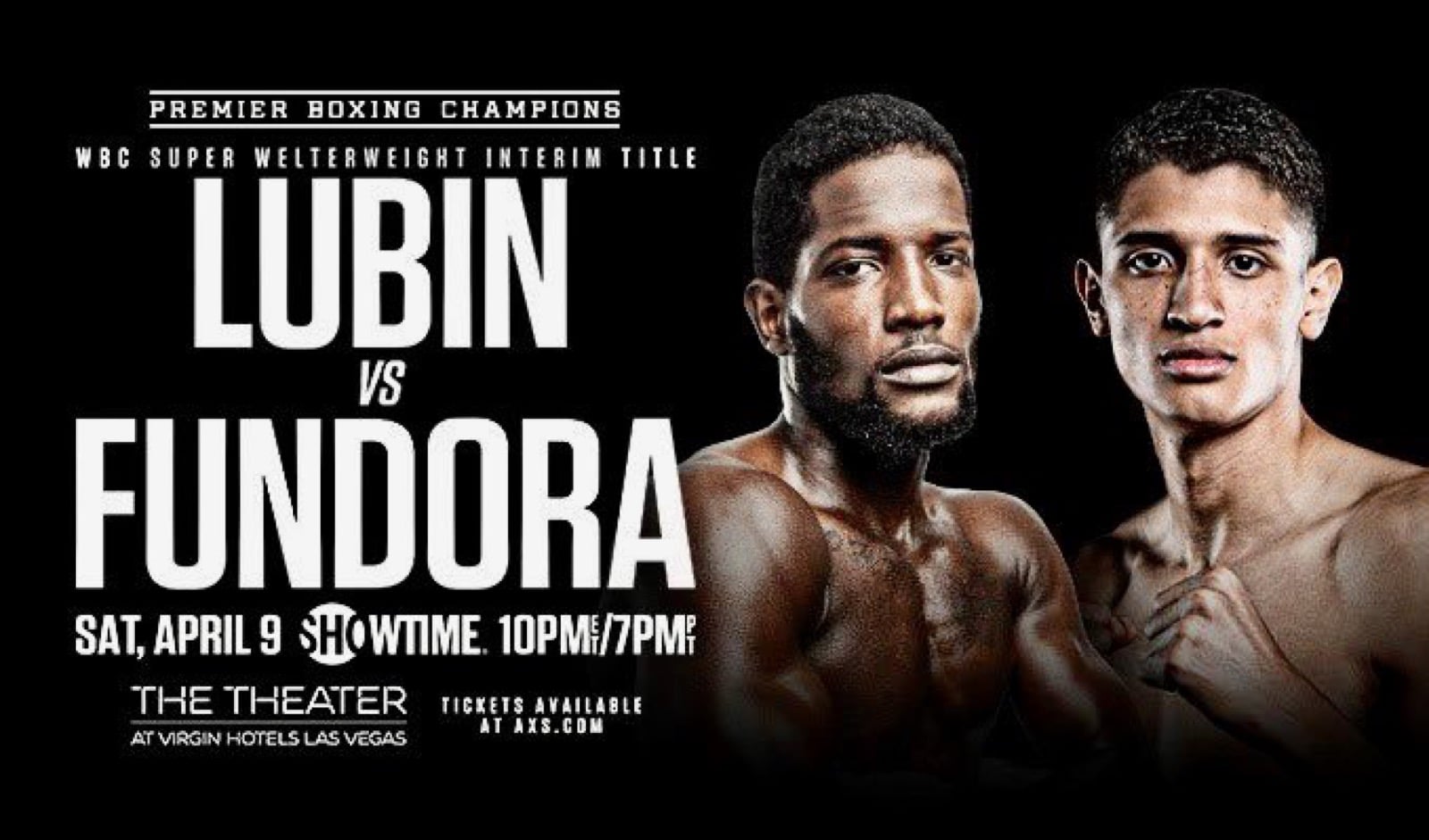