Kyle Stromedy (also known as Kyle Godfrey) is a Canadian YouTuber who was born and brought up in Mississauga, Canada. Godfrey has accumulated more than 3.4 million subscribers on YouTube via creating pranks, skits, and other comedy vlogs. He lives in a content house called prime capitol.

Kyle Godfrey, 22 years of age, originally wanted to be an actor and took acting classes at the Toronto Academy of Acting for two years. However, after only two weeks in college, he dropped out to pursue YouTube and content creation full-time.

Kyle Godfrey took up boxing inspiration from fellow YouTuber and professional boxer Jake Paul. Kyle Godfrey makes his boxing debut on March 5 at the OVO Arena, Wembley on Showstar Boxing Pay-Per-View against TikTok star Austin Spinz on the undercard of Deji vs Wassabi.

For those that perhaps don’t know what you are famous for or why you have so many followers, how would you summarize what you do and why you do it?
I wear many hats but most people would recognize me as a content creator. Through our content house, Prime Capitol, we are able to mold and mentor fellow creators in a safe, creative environment for them to thrive in. I play a huge part in bringing people of different walks of life together.

How has your training camp been? How have you trained for this fight? Tell me about the difference in your boxing ability and physical fitness from beginning training till now
Training camp has been memorable for me and also very tough. We trained at a high elevation of 7000 feet in big bear and then trained in the desert of Arizona hiking mountains and then trained in London. My fitness has gone through the roof way better than the position I was in when I sparred Byrce last year.

Did you go somewhere else to train? Where have you been training? Who is your coaching team?
I’ve been training at Dog pound gym in West Hollywood. My trainers are Andrew Staff, Adan Castillo and his brother, Alejandro Castillo.

Tell me about the dedication, sacrifice you’ve put in and challenges you’ve faced to compete in this event
I had to take time off of YouTube, and lost money to do it, weeks of training, challenges was overcoming my cardio and maintaining my YouTube accounts while under the pressure of all this boxing stuff.

Describe how you feel about travelling to London for this event, fighting in front of a large crowd and being watched by millions of eyes
It feels super exciting. I live for this chaotic adrenaline lifestyle so it fuels me to want to do more.

You fight Austin Spinz, what do you know and think about Spinz? Is there any animosity there or just business on March 5?
I think I am way more calculated and faster than Austin

Why have you decided to go out of your comfort zone and compete in a challenging sport like boxing? Why take this fight?
I never say no to a challenge, I actually welcome them. So boxing is just another challenge I want to master. The main draw for this fight was The Azaylia Foundation and being able to donate the proceeds to such a great cause.

Ashley Cain is fighting to raise awareness and funds for the foundation he set up in honor of his late daughter Azaylia, who tragically passed away last year. What do you think about that?
Azaylia’s death was a tragedy that should have never happened. Through her death, something beautiful was born. The fact that everyone here is donating proceeds to the foundation is incredible and I’m so proud to be involved with all of the great work they’re doing.

The Main Event is Deji vs Wassbi, What do you think about that fight? Who wins? Who do you want to win?
They’re both great competitors, it will be a very close fight! At the end of the day, The Azaylia Foundation is the real winner of the night, with proceeds from the fights going directly to the foundation to help fund treatments that aren’t available through the NHS.

What do you think about Jake Paul? you list him as your inspiration for taking up boxing, would you like to share the ring with him at some point?
Absolutely, I would love to get in the ring with Jake. I think the way he has been able to transition from content creator to respected boxer is unique and he is definitely the pioneer for all of the creators getting into the boxing world. He’s an innovator, always has been.

Who do you want to fight if you are successful on March 5?
If I win on March 5th, I am down to fight anyone.

ALSO READ:  Kell Brook puts the 20-year-old feud to bed and can now rest easy knowing he not only bested Amir Khan, but also schooled him 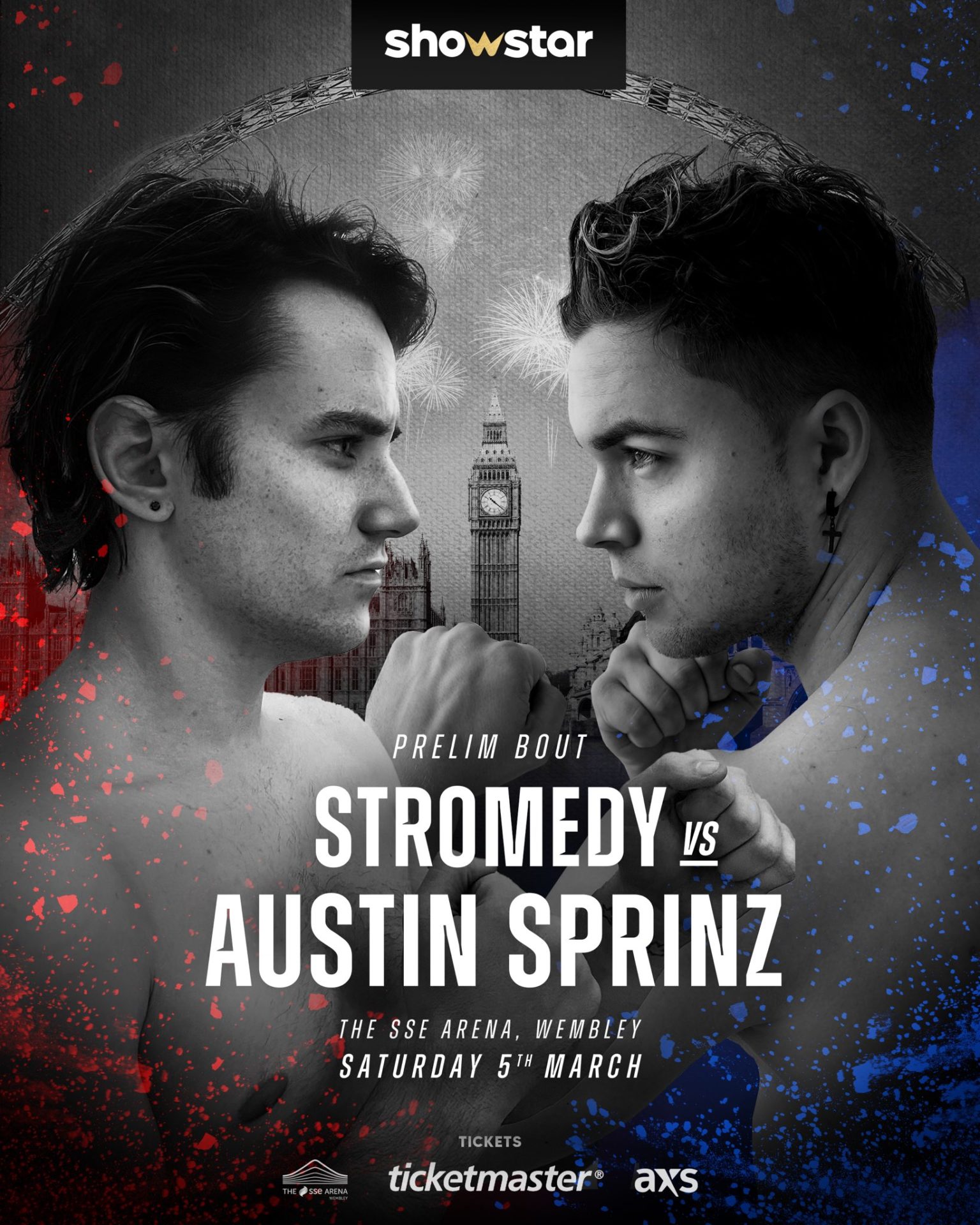