Fernando Alonso, at 39, will make a return to the Formula One grid in the 2021 season for Renault. The Spaniard would be replacing the Australian Daniel Ricciardo who had a stellar season at the French team and all eyes would be on Alonso amidst speculations around how competitive he is going to be in an F1 car coming off a sabbatical of two years.

For fans who have just started watching the sport and consider Lewis Hamilton, Max Verstappen, Daniel Ricciardo, and Charles Leclerc as the cream of the crop and are not aware of how good Alonso is, here’s a look back at the career of the Spaniard who is considered as one of the best drivers ever to have sat in a Formula One car.

Rise to Stardom and Double Championship with Renault

Fernando Alonso started his career with Minardi in 2001, a quintessential backmarker with next to no hope of even scoring a point in a race. In his first season with the team, the Spaniard didn’t score any point but frequently caught the eye as a driver who was able to put the car in places it didn’t deserve to be. He caught the attention of Flavio Briatore, the eccentric team principal who picked up the Spaniard for a test drive role in 2002 at Renault and promptly promoted him to a race seat in 2003.

Showing experience beyond his age Alonso rose to stardom as he became the youngest driver ever to win a Pole Position in Malaysia and then capped off the year by becoming the youngest ever Formula One race winner at Hungary. The partnership with Renault reached its peak in 2005 when Fernando Alonso became the youngest ever Formula One Champion. He legitimized the title further in 2006 by defending his title against Michael Schumacher in a year-long battle with the German legend. During the end of the 2006 season, Fernando Alonso decided to switch teams as he made a move to McLaren to partner young British sensation Lewis Hamilton.

The partnership with McLaren was supposed to deliver great things for Alonso. McLaren had a rich history in F1 and was amongst the most successful teams on the grid. It all took a turn for the worse though as Alonso’s teammate in Lewis Hamilton turned out to be super competitive in his debut season and was leading the championship midway through the season.

McLaren was not willing to favor one driver over the other and things reached a breaking point at Hungarian Grand Prix where Alonso impeded Hamilton in qualifying only to get disqualified from the session. The incident opened a Pandora’s box as it was later revealed that McLaren had access to confidential documents from Ferrari that further led to their disqualification from the constructors’ championship. The two McLaren drivers were involved in a heated battle that ultimately led to Kimi Raikkonen from Ferrari sneaking through to win the championship in the last round. The McLaren-Alonso partnership only lasted a year as Alonso moved back to Renault for the 2008 season.

Return to Renault and Crashgate

Fernando Alonso’s second stint at Renault was far less successful as compared to his first. The car was just not on the levels of McLaren and Ferrari and the Spaniard spent the season on the sidelines picking up the pieces wherever he could. He did have some semblance of success in 2008 though as he won the inaugural Singapore Grand Prix and the Japanese Grand Prix at Fiji. He finished the 2008 season 5th in the standings, a far cry from the accolades of the previous years.

2009 was not the best season for Alonso by any means. The Renault fell further in the midfield and the rare opportunities of a podium from 2009 were few and far in between. Also in 2009, Nelson Piquet Jr. revealed he was ordered by the team to deliberately crash at a certain stage in the 2008 Singapore Grand Prix to help Fernando Alonso win the race.

The incident infamously termed as the “Crashgate” is still to date known as one of the biggest controversies ever in Formula One. Flavio Briatore and Pat Symonds bore the brunt of it as Briatore was banned from all Formula One events while Symonds received a 5-year ban. Throughout all this, Fernando Alonso’s name was tossed around but ultimately nothing stuck, and the Spaniard wasn’t penalized in any which way. In 2009, Ferrari announced Alonso as their second driver to partner Felipe Massa from the 2010 season onwards.

Amidst much anticipation, Alonso joined Ferrari with the hopes of emulating what Michael Schumacher did with the Italian team. The partnership started on a winning note with Alonso winning his very first race with Ferrari at Bahrain. Following a topsy turvy season where multiple drivers led the championship and won races, Alonso was able to establish himself at the top of the Championship by being the most consistent driver on the grid and winning races when others faltered.

Fernando Alonso went into the final race as the Championship leader with 3 other drivers, Mark Webber, Sebastian Vettel, and Lewis Hamilton in contention to win the championship. In what would turn out to be a strategic disaster, Ferrari’s decision to pit Alonso early to cover Mark Webber resulted in Alonso getting stuck behind the Renault of Vitaly Petrov for most of the race as Sebastian Vettel won the race and with it his first championship.

In the coming years, although Alonso ‘The Driver’ rose in prominence, Ferrari ‘The Team’ just couldn’t seem to put it all together as season after season Red Bull kept producing cars that were a class of the field and despite Alonso dragging his car to positions it invariably didn’t deserve, it just wasn’t enough to win the championship. Case in point, the 2012 season in which Alonso drove the wheels off the Ferrari that was at best a midfield contender to an improbable title. With successive failed campaigns and no improvement in sight, in 2014 Alonso and Ferrari decided to part ways as the Spaniard joined the ambitious McLaren-Honda project.

The Mclaren-Honda Disaster and Sabbatical

Fernando Alonso joined Jenson Button as part of the ambitious McLaren-Honda project in 2015 to recreate the same magic that the partnership had created in the early 90s. What followed though was a disaster as the Honda engine was no match to any of the benchmark engines on the grid. The engine lacked power and reliability and the world champion duo of Alonso and Button were left fighting at the bottom of the table.

The partnership between Honda and McLaren lacked the synergy to make it work as the partnership didn’t achieve even a single podium and finally split in 2017. With McLaren unable to make further improvements despite moving to Renault as the engine supplier Alonso decided to take a sabbatical from Formula One and raced in other categories like LeMans and Indycar series. In 2020 he announced a return to Formula One with Renault and all eyes would be on Alonso to see how competitive the Spaniard is at 39 years old.

How good was Fernando Alonso?

In simple words, if we keep the car out of consideration Fernando Alonso might just be the best driver of his generation, a generation that includes Lewis Hamilton, Sebastian Vettel, Jenson Button, Kimi Raikkonen, and others. With 2 titles, 32 victories and close to 100 podiums Alonso is one of the more successful drivers ever to have raced in Formula One.

From 2010-2013, what Fernando Alonso did in that underperforming Ferrari was the stuff of legends and if somehow he had been able to win the title in 2012 it would have been the greatest triumph ever in the history of the sport. There are many reasons why he didn’t achieve more in the sport and he does have his name involved in some of the biggest controversies of this century but as a driver, Alonso was the gold standard of driving in Formula One.

With Fernando Alonso coming back to the grid, Formula One gets a much-needed boost in terms of Star Power, Charisma, and Talent. After a significant amount of time away from the sport will he still perform at the same level as he did before his sabbatical? That’s hard to predict, but whatever Alonso does it’s going to bring eyeballs to the sport. 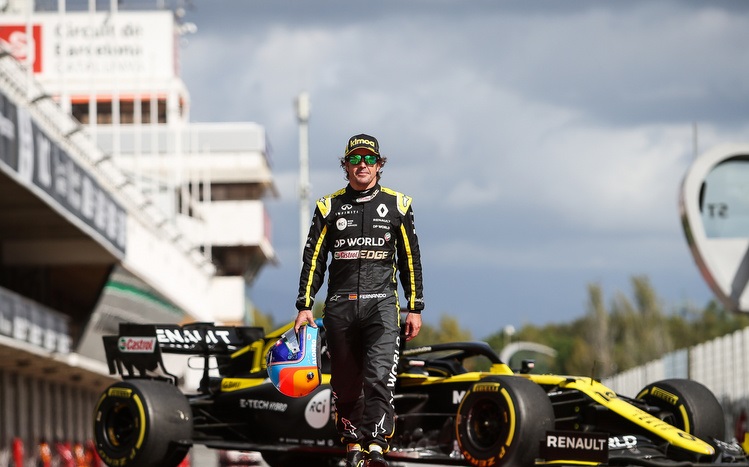